Xiaomi reconsiders the launch of a smartphone with 3D cameras

Although a few weeks ago Xiaomi unveiled having in mind a smartphone with four cameras in 3D format , a new patent registered by the firm reveals how the intention to make it a reality is still latent .

As we are told from MyDrivers , Xiaomi has registered a new smartphone patent, the sketches of which describe a device with several cameras , arranged in turn in each corner of it .

In detail, the sketches show us how this smartphone would make use of four cameras , probably of the ToF type , each one integrated in such a way that they manage to collect 3D photographs or videos . 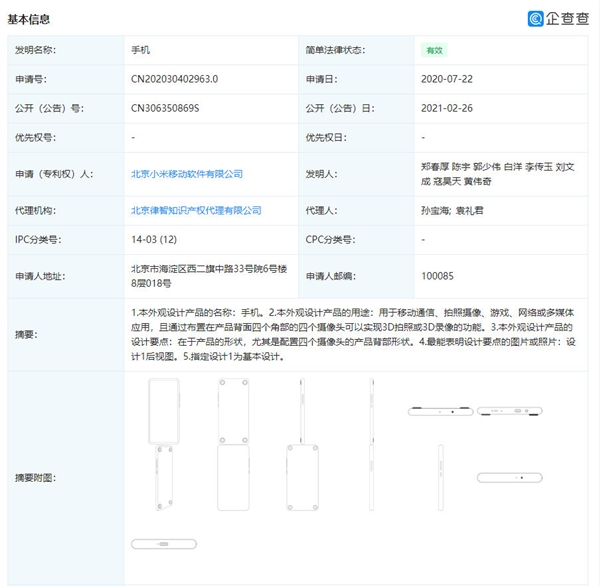 With this, despite the fact that other manufacturers such as LG or HTC have decided to leave this type of smartphones parked, Xiaomi seems to go ahead registering new patents and showing that it still keeps in mind the possibility of developing a device with these characteristics.

Even so, we do not stop being before a patent, which only time will show if it is part of Xiaomi's launch plans or if it is against it, it is only about that ... the registration of a concept in order to have the rights about this.

The entry Xiaomi reconsiders the launch of a smartphone with 3D cameras, it was first published in xiaomist: Xiaomi news and news website .