Although the Xiaomi Mi 11 was internationally presented as a "cinema smartphone", the new Redmi K40 and K40 Pro seem not to be left behind . So at least the company itself has announced it, stating that they will have Dolby Atmos surround sound .

Xiaomi seems to have spared no expense. Yesterday we knew that its screen will be at the height of the Xiaomi Mi 11 and now we discover how its sound will not be left behind , incorporating Dolby Atmos sound technology in order to achieve a cinema experience.

In itself, the Redmi K40 Series will add this audio technology capable of recreating what is known as spatial sound . In this way, these new Xiaomi smartphones will be able to emulate a 3D scene , offering an enveloping sound from movies, series and, in general, any audio. 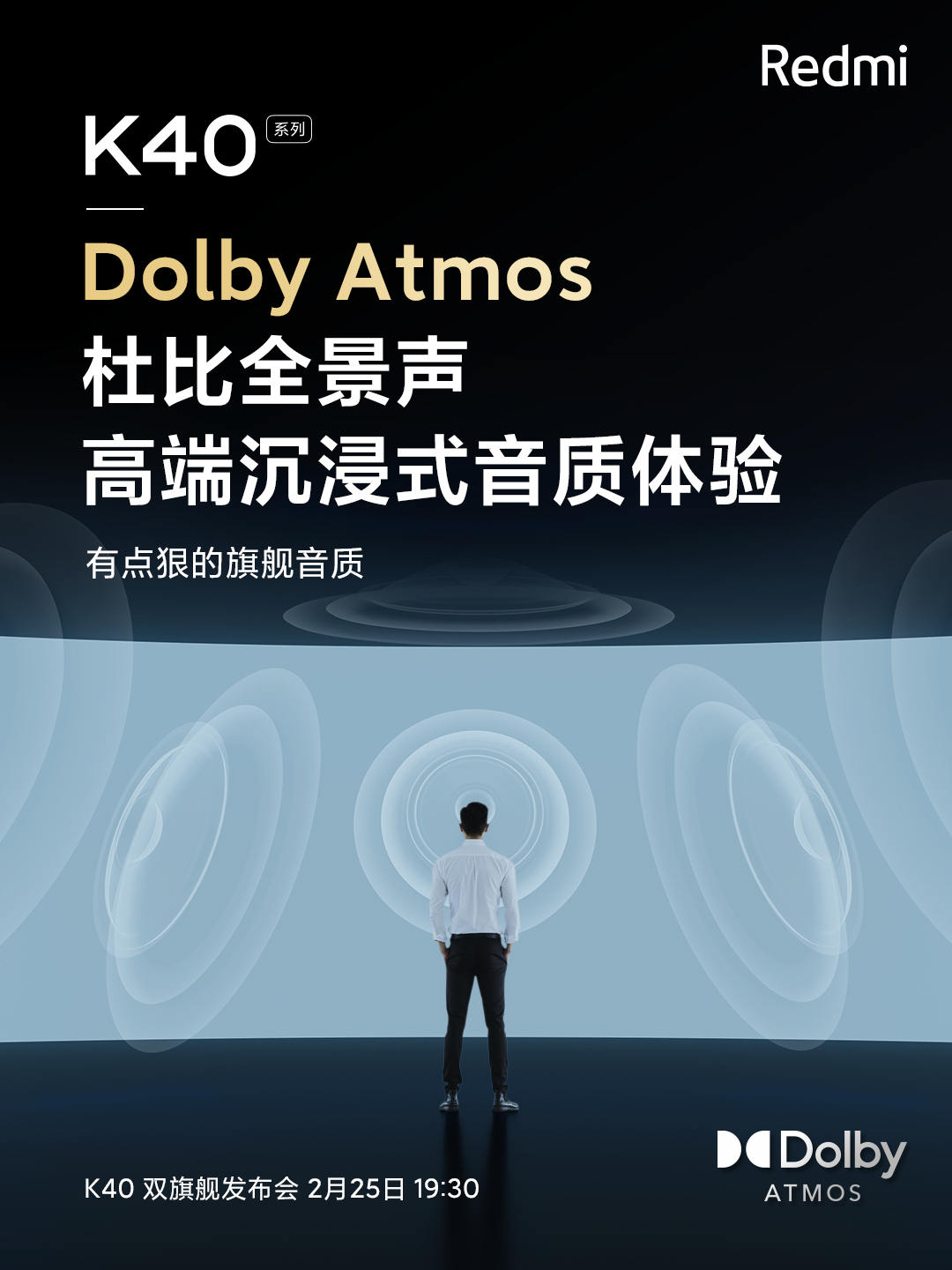 In this way, the new Redmi K40 and K40 Pro will become the best smartphones launched by Redmi in terms of sound quality , offering us a unique experience, especially when viewing multimedia content.

In short, Xiaomi seems to have wanted to raise the level of its Redmi K Series, incorporating high-end features that hopefully do not have a significant impact on its final price, especially when it reaches our markets such as the POCO F3 Pro or the Xiaomi Mi 11T.

The entry The Redmi K40 Series will spare no expense and will also add Dolby Atmos sound was first published on xiaomist: Xiaomi news and news website .