Although the Redmi K40 Pro will equip the Snapdragon 888 inside , its younger brother, the Redmi K40, seems to have fled from the idea of ​​equipping a MediaTek processor in order to incorporate the new Snapdragon 870 inside.

So at least its passage through the GeekBench platform reveals it, showing us a more than interesting performance and among its characteristics a processor capable of reaching 3.19GHz in one of its cores, a sign of being the Snapdragon 870.

If we remember, this processor was launched as a variant of the Snapdragon 865, thus placing it halfway to the Snapdragon 888 and therefore providing higher performance at a lower price than the latest Qualcomm chipset. 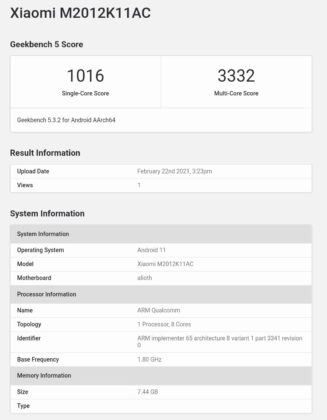 Redmi K40 after passing through GeekBench.

As a result, the Redmi K40 scores a total of 1,016 points at single core and 3,332 points at multi-core . This would place it well above other smartphones equipped even with the Snapdragon 865+ like the ASUS ROG Phone 3. 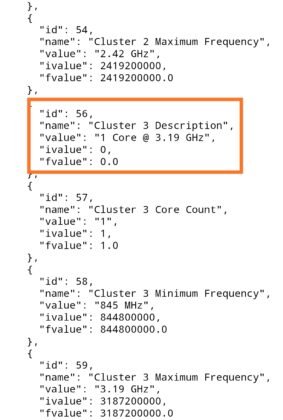 Apparently, Xiaomi reserves the MediaTek Dimensity 1200 for its first gaming smartphone under the Redmi brand. A device of which we still do not know great detail but that could be presented by surprise together with the Redmi K40 and K40 Pro.

The entry The Redmi K40 can be seen in GeekBench together with a Snapdragon 870 was first published in xiaomist: Xiaomi news and news website .