K40 series Redmi Xiaomi is scheduled to be unveiled on February 25 and today the brand new teaser released for the introduction of this phone is that it reveals the features of the camera. The poster features a "triple AI camera" with two large cameras mounted vertically with two smaller holes; One for the camera, the other for unknown purposes. 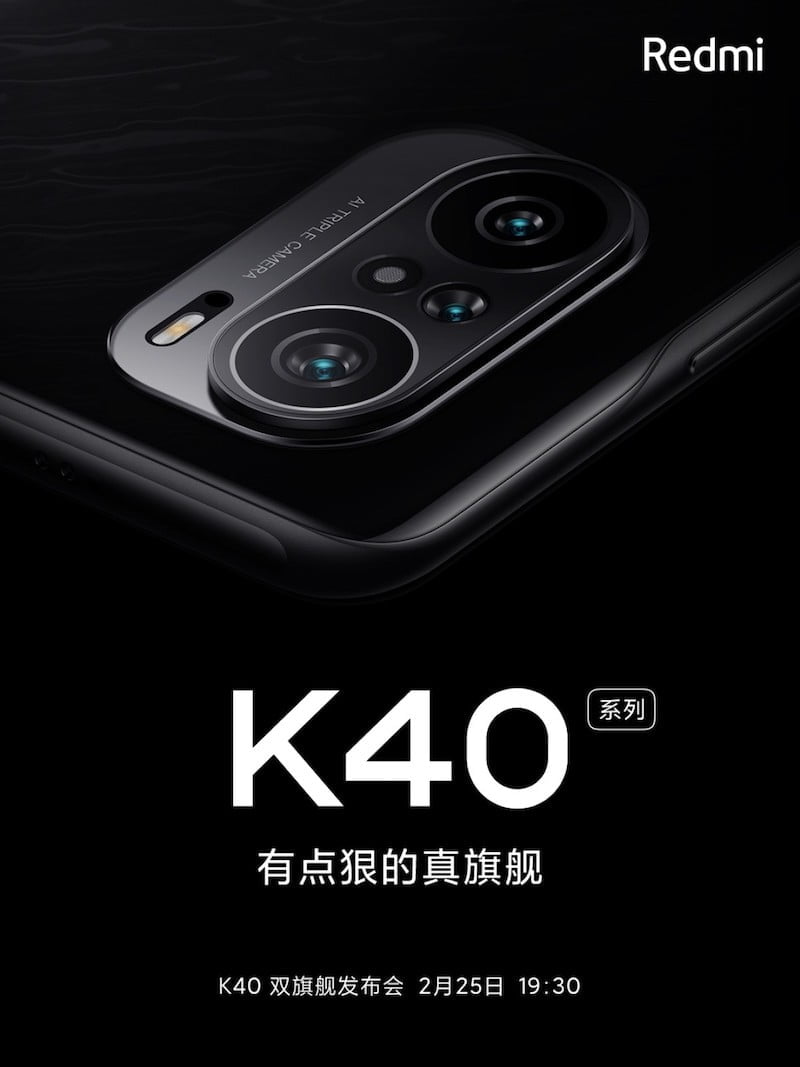 The Redmi K40 handsets are supposed to come with the Snapdragon 888 chip. However, leaked news indicates that this flagship platform will only apply to the K40 Pro, while the Vanilla Redmi K40 will feature the Snapdragon 870 chip. Other specifications approved by TENAA include a 4500 mAh battery and Android 11 out of the box.

The TENAA lists also show that the K40 series has a flat AMOLED screen with a fingerprint scanner under the screen and a punch hole in the middle for the selfie camera. We are expected to see a third version called Redmi K40S at this event; We do not know anything about this phone other than this rumored name.

The official Redmi K40 poster confirms that the phone will have a triple camera for the first time at the Xiaomist.Com . appeared.