Finally the Redmi K40 will not arrive this month, but will do so throughout the next month of February . This has been confirmed by the company itself, also revealing what its starting price will be , at least in China.

Although yesterday it was rumored the launch of the Redmi K40 Pro at the end of January , Xiaomi has denied this leak, announcing that this new terminal inside which it will integrate the Snapdragon 888 , will be launched next month.

In addition, Xiaomi has revealed to us other of the features that this new Redmi K40 Pro will have. Specifically, the firm has confirmed that its battery will exceed 4,000mAh , probably being at least 4,500mAh or even 5,000mAh. 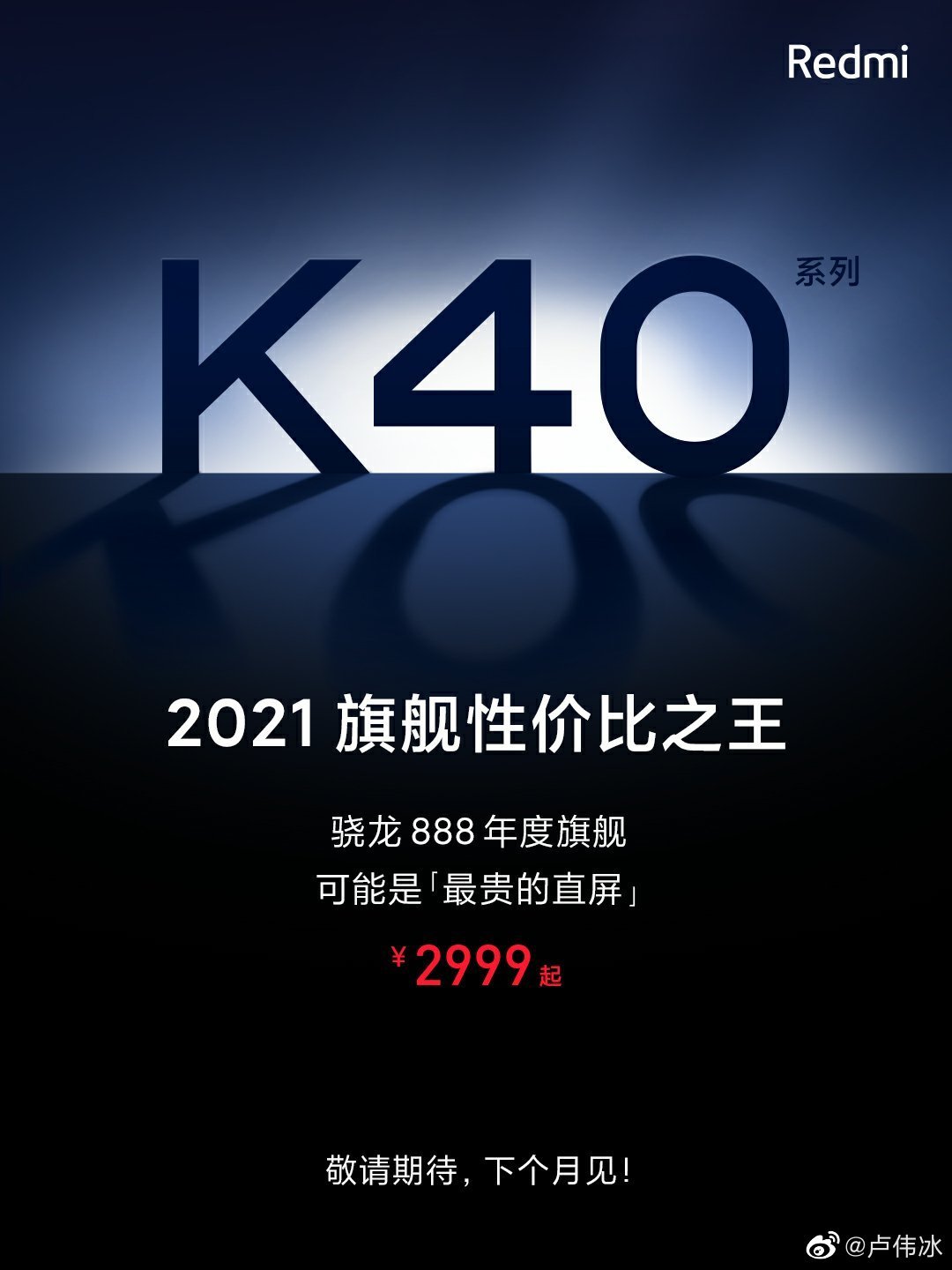 First advertising poster published by Xiaomi of the Redmi K40.

Beyond this and perhaps as the most important data, Xiaomi has revealed the starting price of this new Redmi K40 Pro. In itself, its price will be 2,999 yuan, about 380 euros at the change.

In this way, as we already imagined, the Redmi K40 Pro will become one of the cheapest smartphones equipped with the Snapdragon 888 on the market. A very interesting terminal that could become the replacement for the POCO F2 Pro in the global market.

The Xiaomi entry reveals the price that the Redmi K40 Pro will have and when it will be presented, it was first published in xiaomist: Xiaomi news and news website .