To everyone's surprise, Xiaomi has announced through one of its Weibo profiles its first television with an OLED screen , a new Mi TV that will be released in just a few days as one of the most advanced televisions of the firm.

Beyond its smartphones with one of the best quality / price ratios on the market, Xiaomi has a wide variety of televisions . Not only cheap Smart TV, but also bestialities such as the 98-inch Redmi TV Max or the advanced OLED TV that will be lent this July 2.

And it is that, making use of the advertising poster that we can see under these lines, Xiaomi has announced that this July 2 it will present its first television equipped with an OLED screen , which will also come under the Mi TV Master Series . 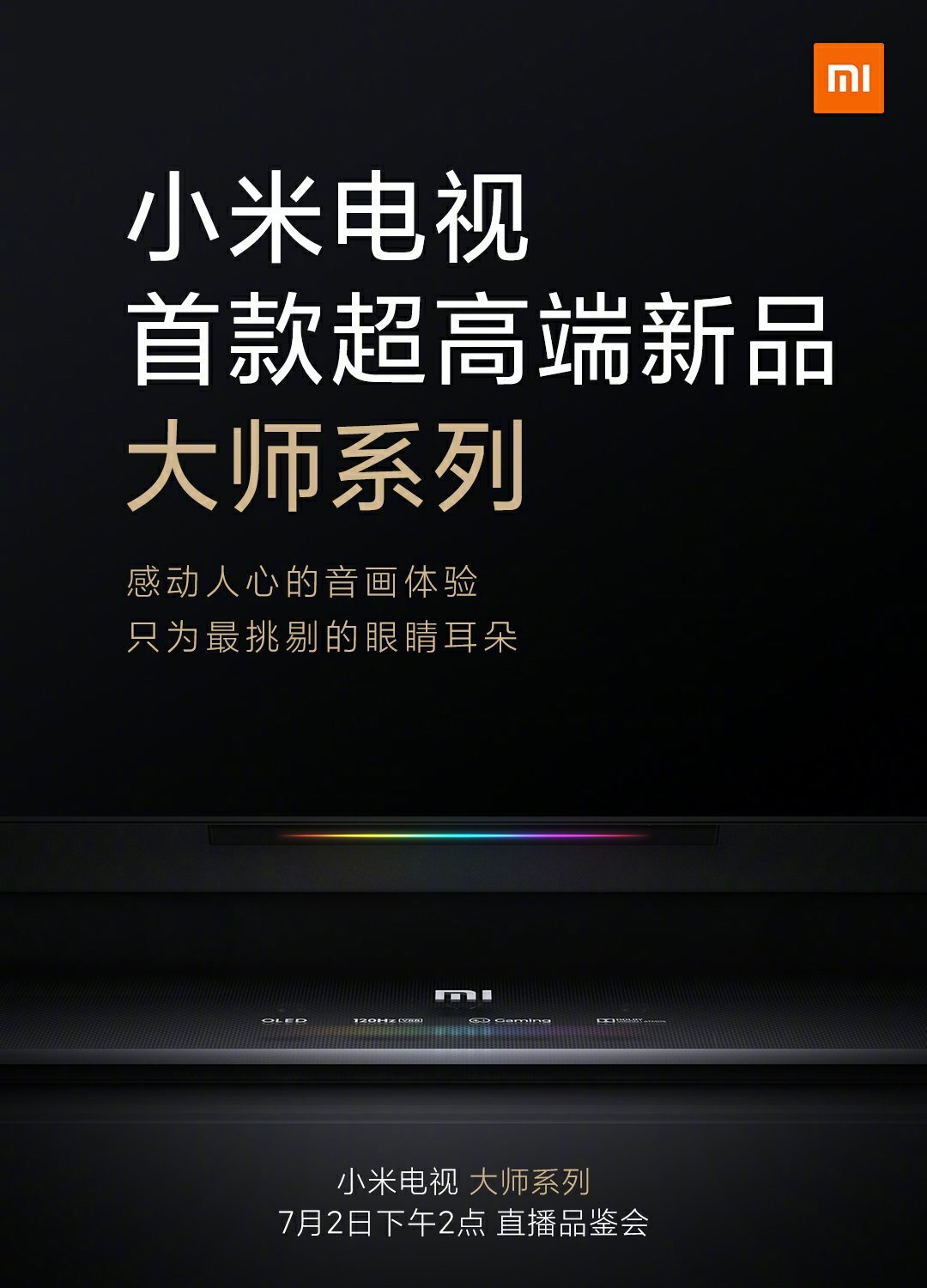 Thanks to this Mi TV OLED, Xiaomi would expand its range of possibilities, incorporating this technology capable of representing colors in a more realistic and vivid way . A television that would also add a refresh rate of 120Hz .

Beyond these characteristics, this new Mi TV Master equipped with an OLED screen would make use of technologies such as Dolby Atmos or VBR . A set of technologies that will take Xiaomi televisions to another level.

Of rest, little else has revealed Xiaomi. That if, taking into account that their televisions have a great value for money, we could find ourselves before the cheapest OLED television on the market .

The Xiaomi Mi TV Master Series entry, Xiaomi's first OLED TV at 120Hz will be presented in 3 days, it was first published in XIAOMIADICTOS: Xiaomi news and news website .