Xiaomi's business partner, Black Shark, has launched a new variant of its Black Shark 4 , a new storage proposal that is positioned as probably the best option , either in price, as in storage and RAM.

Specifically, the Black Shark 4 has received a new variant equipped with 8GB of LPDDR5 RAM and 256GB of internal storage . It also does so at a price of only 2,999 yuan, about 387 euros to change.

In this way, Black Shark completes its line of next-generation smartphones where until now we only found a variant with 8GB of RAM and 128GB of storage , in addition to the different versions with 6 and 12GB of RAM. 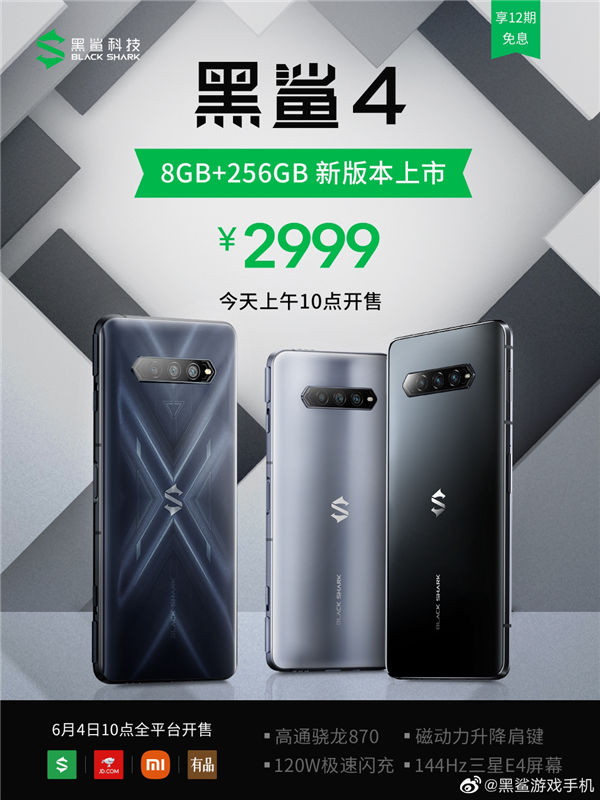 Black Shark 4, so are its characteristics

Recall that the Black Shark 4 is characterized by having an AMOLED E4 screen capable of reaching 144Hz of refresh rate and 720 of sampling rate. In addition, inside it adds a powerful Snapdragon 870 .

In addition, the Black Shark 4 has physical buttons that are hidden inside its chassis, a 4,500mAh battery with 120W fast charge, linear vibration motor and all kinds of technologies such as NFC, Dual GPS, etc.

The entry The Black Shark 4 expands its different storage variants was first published on xiaomist: Xiaomi news and news website .