Although, making use of internal storage as RAM is not something new, Xiaomi has been implementing this same function in MIUI , but in a simpler and faster way to perform on our smartphone.

Kacskrz has also let us know, publishing the first images of how this new MIUI functionality can be accessed in order to expand the RAM of our Xiaomi making use of its own internal storage .

As we can see in the following image, adding part of the internal storage to RAM will be as simple as activating any other option in MIUI . From a new section called " Memory extension " we can expand the RAM, thus improving performance in general terms. 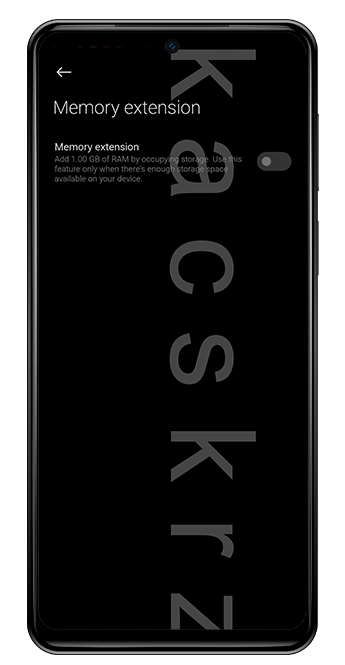 Thanks to this functionality, cheaper terminals that have less RAM can benefit from their internal storage , which is usually much more extensive. With this, having a greater amount of RAM, a greater number of applications we can use simultaneously.

RAM extension support is coming to @miuirom soon… Not implemented yet, so I don't know how much storage and which devices support it. Probably the new ones. @MishaalRahman @aamirXDA pic.twitter.com/wtOH9yRfHo

Of course, at the moment this new functionality is only found in the internal code of MIUI and it has not even been activated in the developer version. Still, Xiaomi is already working hard on it and we should see it reach the first devices soon.

The entry This is how MIUI will allow us to expand the RAM of our Xiaomi using storage was first published in xiaomist: Xiaomi news and news website .