During yesterday, the Xiaomi Mi 11 went on sale on Amazon and Mi.com . A first launch, which in just a few hours managed to exhaust all its stocks , reaching a SOLD OUT on both platforms.

This has been properly communicated by Xiaomi, confirming to others that the Xiaomi Mi 11 became Amazon's best-selling smartphone yesterday in regard to the category of free mobiles and smartphones.

It will not be until next February 25, specifically at 1:00 p.m. , when Xiaomi returns to replenish stock, this time units of the Xiaomi Mi 11 of 8 / 256GB . These will be sold on mi.com and other selected channels such as MediaMarkt or El Corte Inglés. 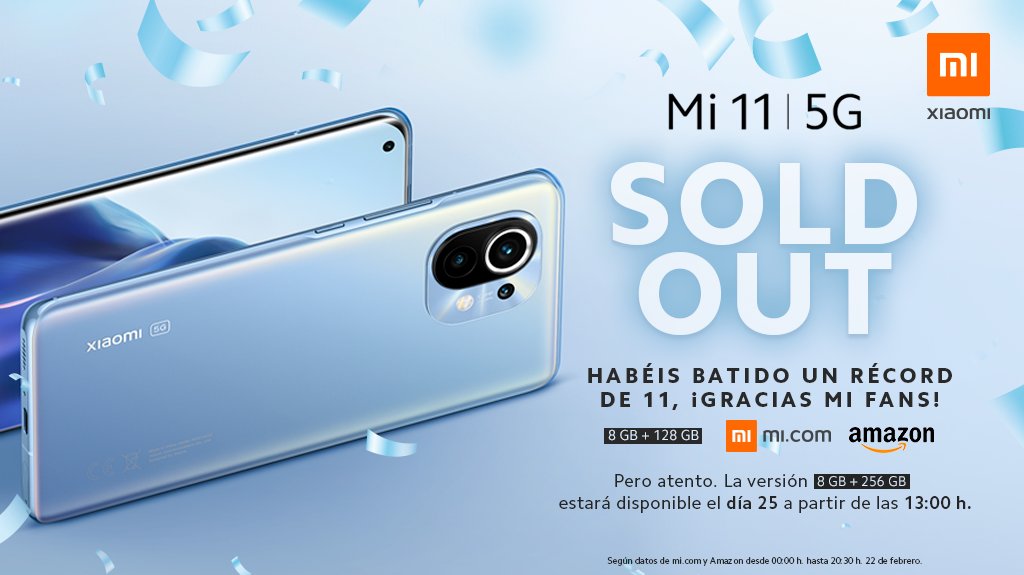 The Xiaomi Mi 11 sells out its first day on sale.

Xiaomi Mi 11, a great success thanks to its launch promotional offers

Despite costing 749 euros, the Xiaomi Mi 11 has become a success on its first day on sale thanks to its numerous promotional offers. Without going any further, yesterday we could buy it with a 100 euro discount on Amazon . 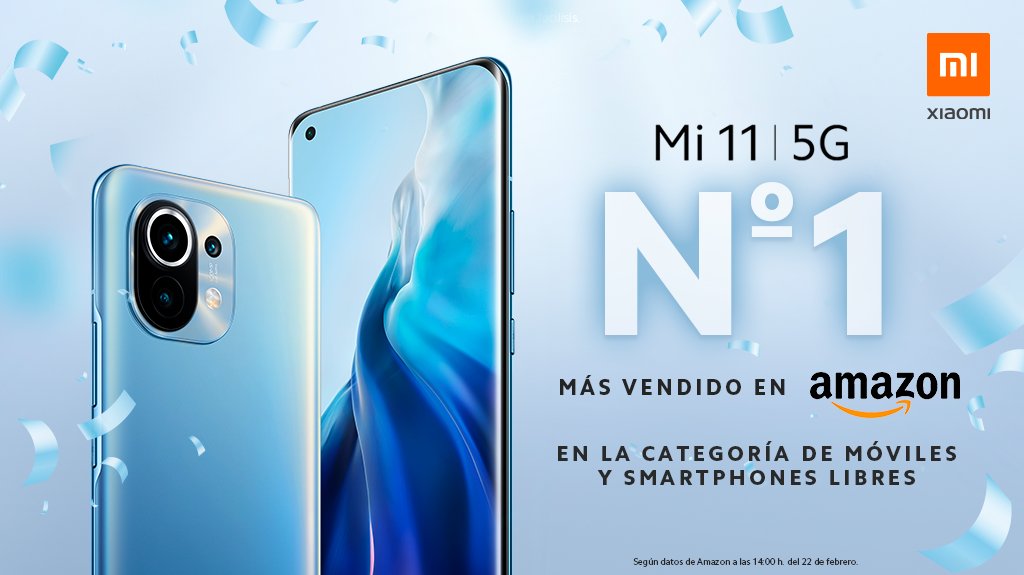 In addition, all those who have acquired it or who continue to do so through the authorized channels, will receive as a gift a Xiaomi Mi Air Purifier 3H air purifier valued at about 150 euros.

The entry The Xiaomi Mi 11 manages to exhaust all its units on its first day on sale was published first in xiaomist: Xiaomi news and news website .