In just a few days, this February 25, Xiaomi will unveil its new Redmi K40 Series , a new set of smartphones classified as high-end but at a reasonable price, from which their supposed prices have been leaked today.

On this occasion, Xiaomi seems to have spared no expense, since as we anticipated yesterday, the Redmi K40 Pro will come equipped with an AMOLED screen at the same level as the Xiaomi Mi 11 , in addition to other very interesting features.

Even so, its price seems reasonable, since according to this new leak that comes to us from XIAOMIUI , the Redmi K40 and K40 Pro will maintain a fairly tight price, making them all again " Flagship Killers" that many will take into account. 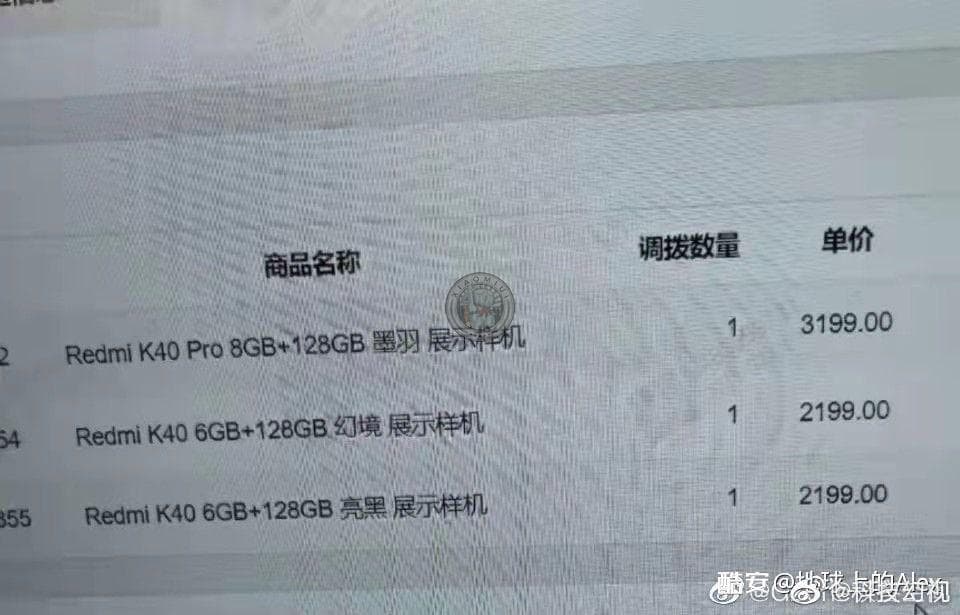 Supposed price of the Redmi K40 and K40 Pro.

For its part, the Redmi K40 Pro , probably the most interesting and unique model that the Snapdragon 88 would add, apparently will have a price of 3,199 yuan, about 407 euros to change. A somewhat higher price, but still lower than that of the Xiaomi Mi 11.

Even so, we cannot forget that these are unofficial data and that also, if true, their prices would be increased after their arrival in our market , either under the expected POCO F3 Pro or any other model with which Xiaomi surprises us. .

The entry The price of the Redmi K40 and K40 Pro is filtered within days of its presentation, it was first published in xiaomist: Xiaomi news and news website .