Before launching the Redmi K40 series next week, Redmi Xiaomi has released some of its official posters that confirm some of the features of these upcoming handsets. A number of images were shared on Weibo by Lu Weibing, CEO of the brand, focusing on the screen specifications of the new handsets. 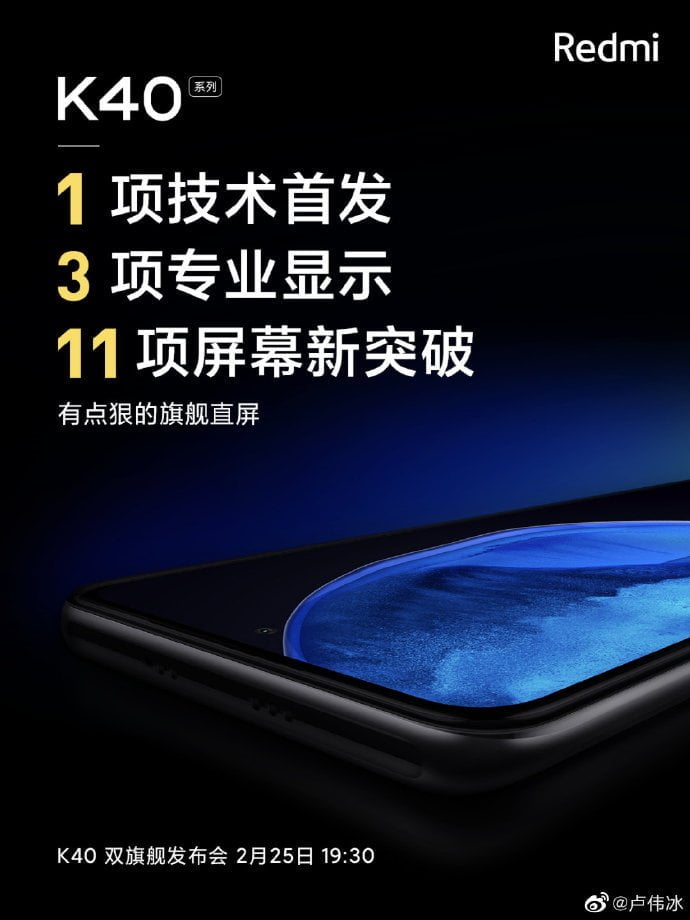 The Redmi K40 will have a flat screen. Redmi claims that the display of this phone is one of the best displays in the industry and it is an AM4LED E4 screen that has a higher brightness, lower energy consumption and better image quality than the previous generation. 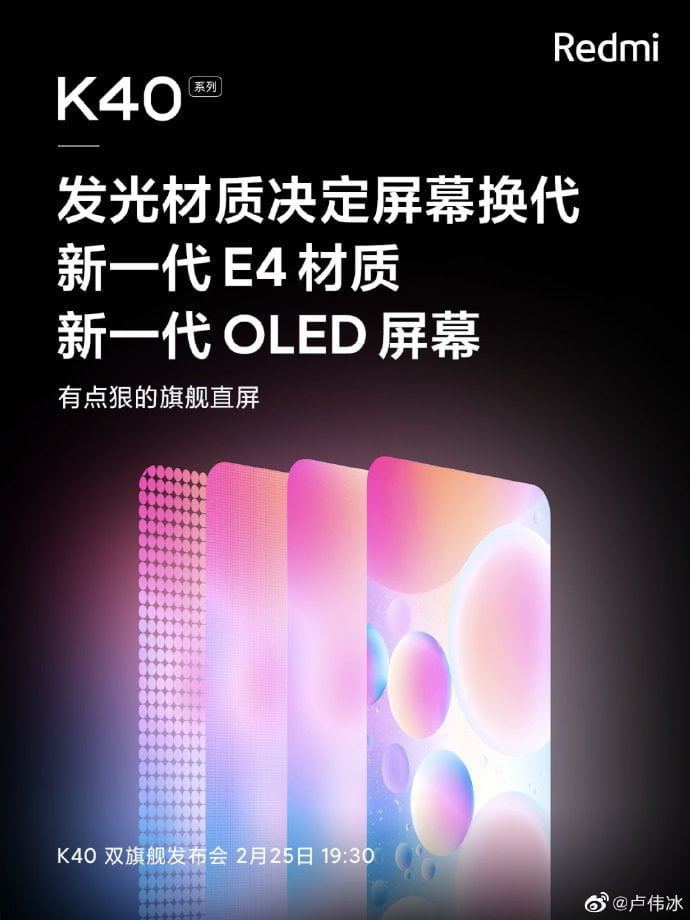 Le Weibing revealed in a post that all models of the Redmi K40 series will not only have this high-quality E4 AMOLED display, but also have a refresh rate of 120 Hz. This means that whether you buy a standard or a pro, you get a 120Hz AMOLED display. 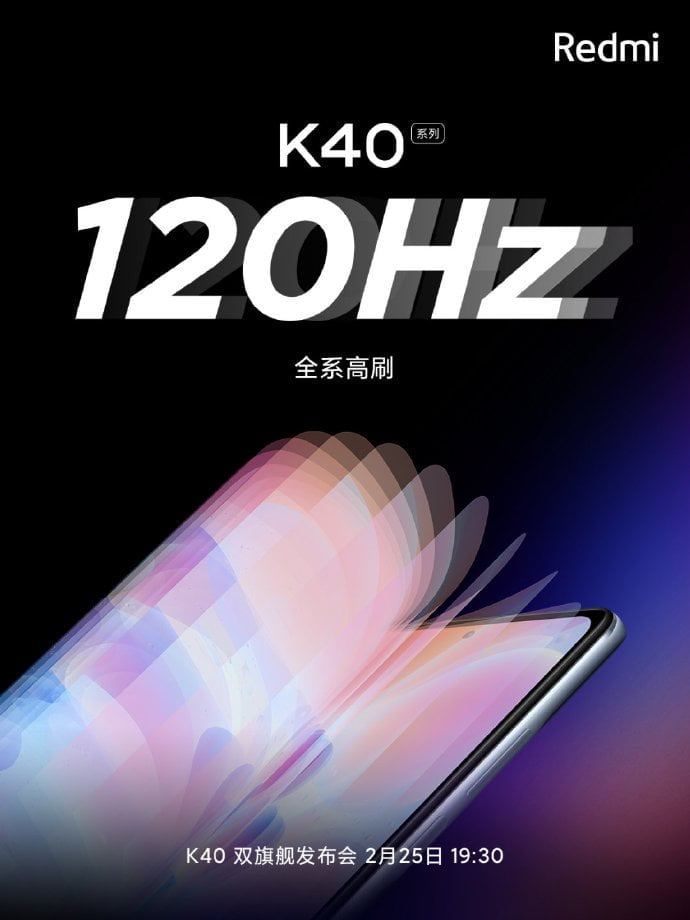 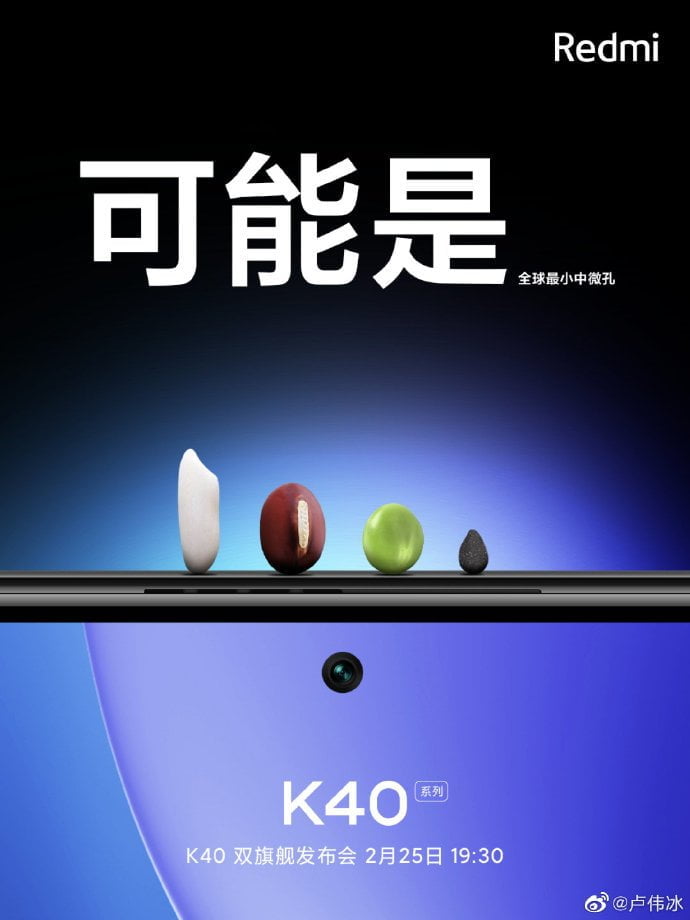 Redmi has previously said that the K40 series will have the smallest selfie camera hole in the world, and the phone currently in the title is the Vivo S5 with a 2.98mm punch hole.

The latest poster of the fingerprint scanner on the phone display shows that it should be a new type that is faster and has more space. 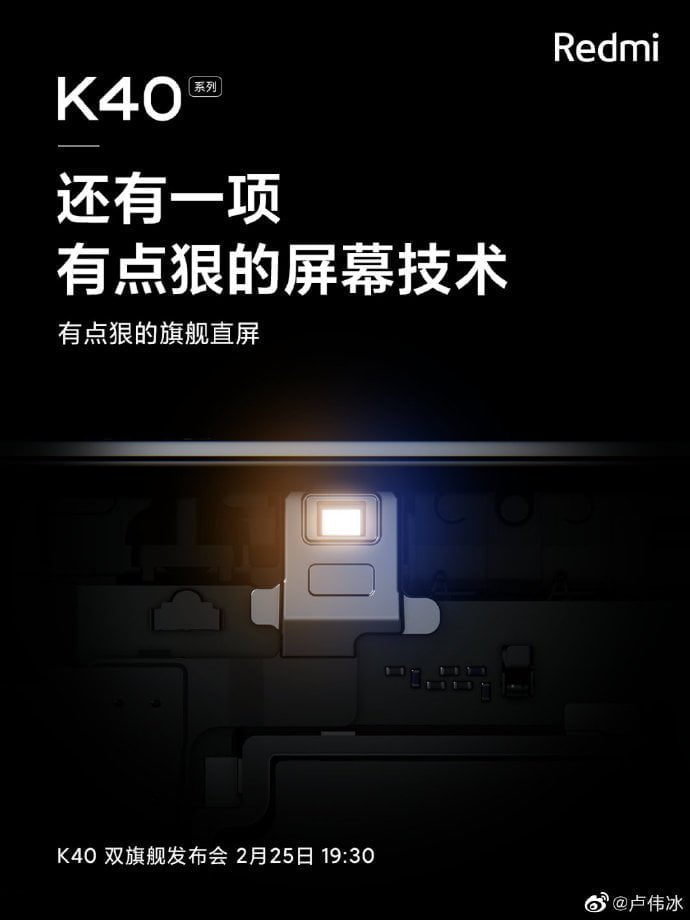 The Redmi K40 series will be unveiled on February 25 in China. Not only do they come with impressive displays, but they also use Qualcomm's Snapdragon 888 processor.

New posters confirm the specifications of the Redmi K40 series display for the first time at the Xiaomist.Com . appeared.