Xiaomi tries to strain us with another "sung" by an influencer, or not ...

Among the most interesting functions that the Xiaomi Mi Band 5 offers us, we find sports monitoring and step counting . For very little, Xiaomi smart bracelets offer us multiple options in order to lead a much healthier life.

Xiaomi Spain has wanted to boast about this, but the truth is that nothing has turned out well ... Corina Randazzo , influencer with whom Xiaomi has collaborated, has ended up generating controversy, trying to "lie" or so it seems, with the use she gives it to your Xiaomi Mi Band 5 .

As we can see in the following publication shared by Xiaomi Spain, Corina Randazzo tried to show us the use she gives her Xiaomi Mi Band 5, ensuring that even though it is 11:39 in the morning, she has already managed to exceed her daily goal of steps . 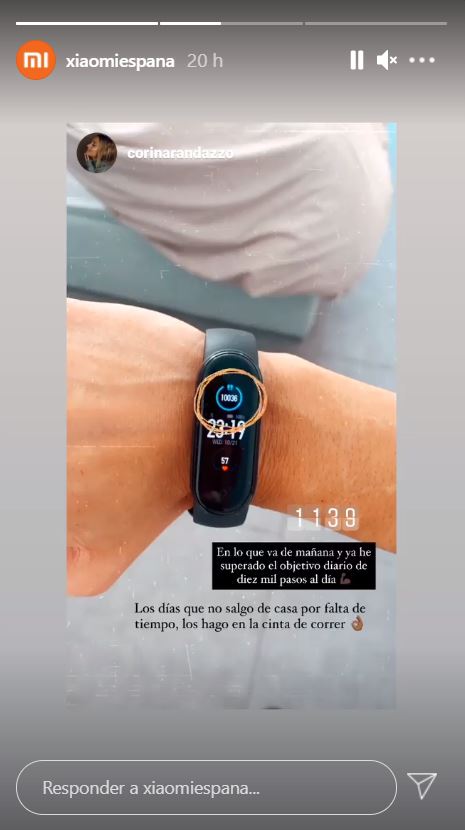 But… have you noticed the real time that the Xiaomi Mi Band 5 shows? Or, Corina Randazzo does not have the time of her smart bracelet set correctly , she is using another time zone or she has tried to sneak in her step count after having accumulated them throughout the day .

YOU MAY BE INTERESTED: Xiaomi follows in Apple's footsteps and will not add a charger in the box of its mobiles

The truth is that it seems that Corina Randazzo has used the Xiaomi Mi Band 5 as it comes in the box , that is, without linking it with the smartphone . At least that's what the icon at the top of the screen shows, that is, the Bluetooth disconnected symbol (crossed out).

In short, a rather funny anecdote that has begun to circulate on social networks like wildfire . We cannot deny that the Xiaomi Mi Band 5 is not a great product. Its great quality / price ratio make it the best option to enter the world of wearables , also helping us to maintain a healthier life and habits .

The Xiaomi entry tries to sneak us in with another "sung" by an influencer, or not ... it was first published on xiaomist: Xiaomi news and news website .