Antutu has released its top ten monthly charts ranking the best flagship and mid-range smartphones. Its data was collected from December 1 to December 31, and the results were obtained from an average of 1000 benchmark units per model.

As expected, the Xiaomi Mi 11 topped the list, as it is currently the only phone on the market with the Snapdragon 888 chipset. Shortly after that are Huawei's Mate 40 Pro + and Mate 40 Pro with Kirin 9000 support. 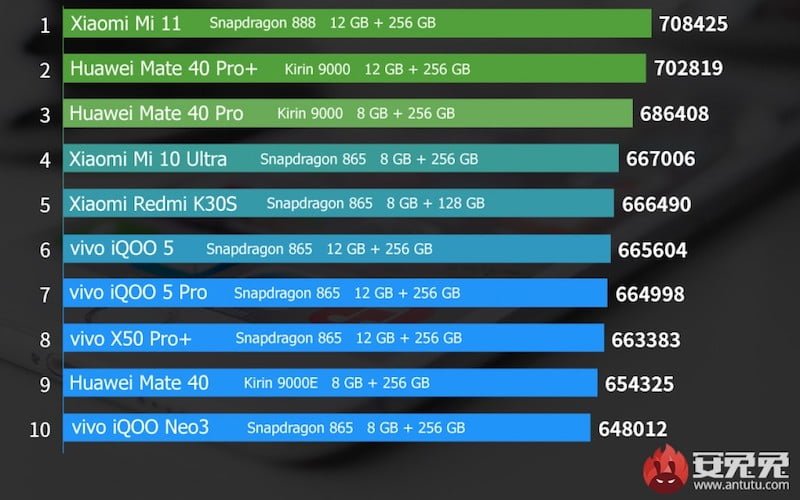 No phone with the Exynos platform was in the top 10, and this is not unexpected; Because this 2019 flagship was slower than its rival Snapdragon 865.

Only three phone brands are on this list; Xiaomi, Huawei and vivo.

The list of top 10 phones for the mid-range seems a bit more diverse at first glance, but in fact the top eight are occupied by Xiaomi and Huawei brands. Oppo has entered the ninth place due to its spin-off Realme and Q2 Pro 5G limited to China. 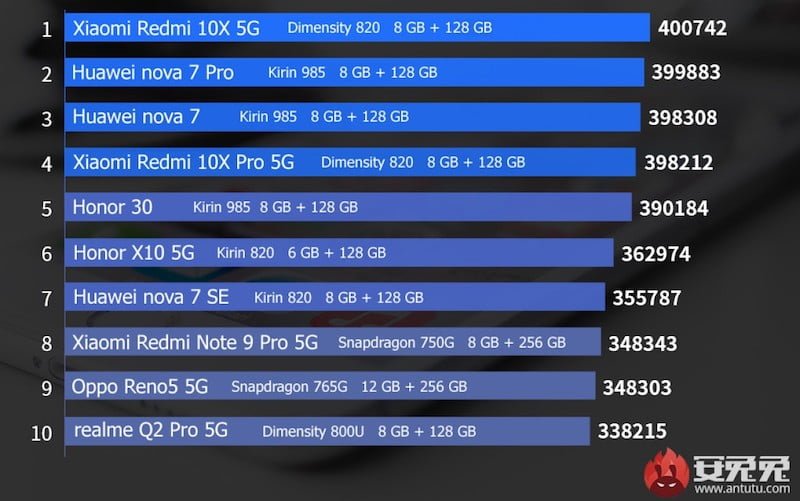 The difference between the different chipsets is quite obvious in this chart, the phones with Dimensity 820 and Kirin 985 are significantly superior to their competitors.

These lists will change in the next month or two with a lot of new handsets, but in each period you can see how the handsets stand out in terms of raw performance.