Xiaomi improves the MIUI camera with a large number of new features: grids, VLOG and more

Although the MIUI camera is already highly customizable , Xiaomi has not stopped adding new functions in order to improve mobile photography . An example of this are the following options that we will see below that are already being tested in the MIUI Closed Beta.

Specifically, these new functionalities have been implemented in the Closed Beta of MIUI 12.5 , so they will be part of all the news that we will see coming to our Xiaomi with this new version of the famous Xiaomi customization layer.

In detail, Xiaomi has added new grids so that we can frame our photographs in a more precise and professional way. Now there will also be a grid based on the Law of Thirds , as well as two based on the Fibonacci Spiral .

In addition, new improvements have been added when recording videos. Now, while recording a video, the screen will automatically turn off after 3 minutes of inactivity in order to save energy.

Beyond that, as reported by MIUIes , now the "short video" supports more seconds of recording . In addition to the 15 seconds that we could already, it can also be recorded for 30, 60 or even 90 seconds.

Added to all this are new effects for VLOG mode . Among these we find the Cool effect, AgedFilms and Moments . Likewise, the Frame effect already present from previous versions has also been updated. 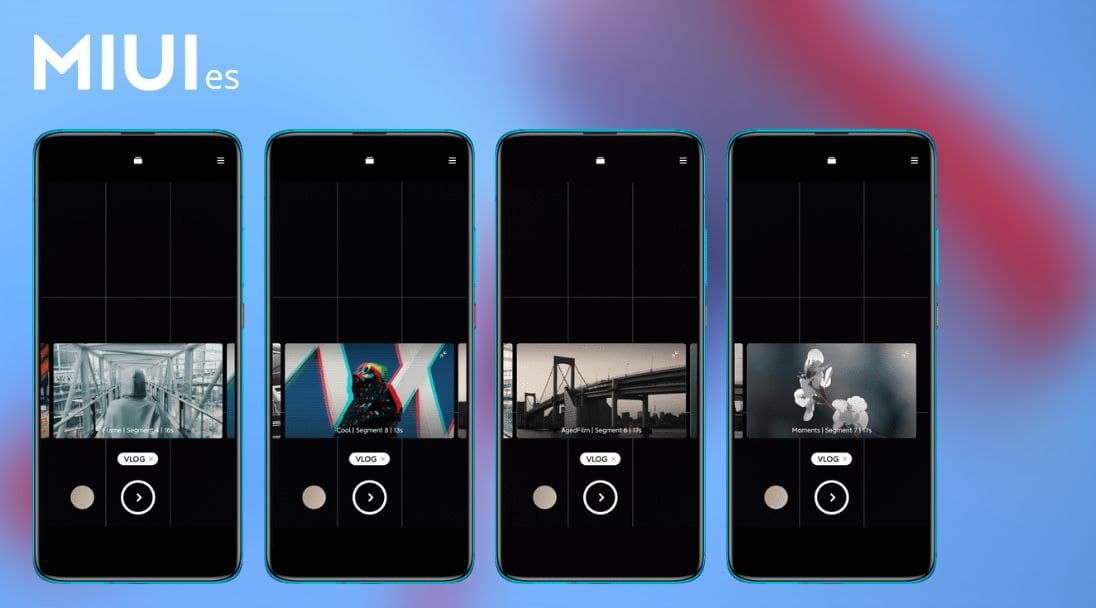 Several novelties that as we said are already present in the Closed Beta of MIUI 12.5 directed to the Chinese ROM. These will first reach the MIUI Stable ROM for China and then, perhaps with cuts, to the Global. Meanwhile, another option is to install the Xiaomi EU Custom ROM on our Xiaomi, Redmi or POCO.

The entry Xiaomi improves the MIUI camera with a large number of news: grids, VLOG and more was published first in xiaomist: Xiaomi news and news website .