Xiaomi announces the RedmiBook Pro, the first ultra-notebooks to use the Intel Tiger Lake H35

Although yesterday was a day of new launches including the Xiaomi Mijia Electric Shaver S700 , today is new news related to Xiaomi laptops, specifically with the new RedmiBook Pro Series .

As announced by Xiaomi, its new RedmiBook Pro will be presented shortly , as the lightest computers they have launched to date. They will also do it with the latest from Intel, their Tiger Lake H35 .

Just a few hours after these new processors were announced, Xiaomi has made it clear that it will be one of the first manufacturers to make use of them . It is therefore that the new RedmiBook Pro will become light and powerful gaming ultra-notebooks 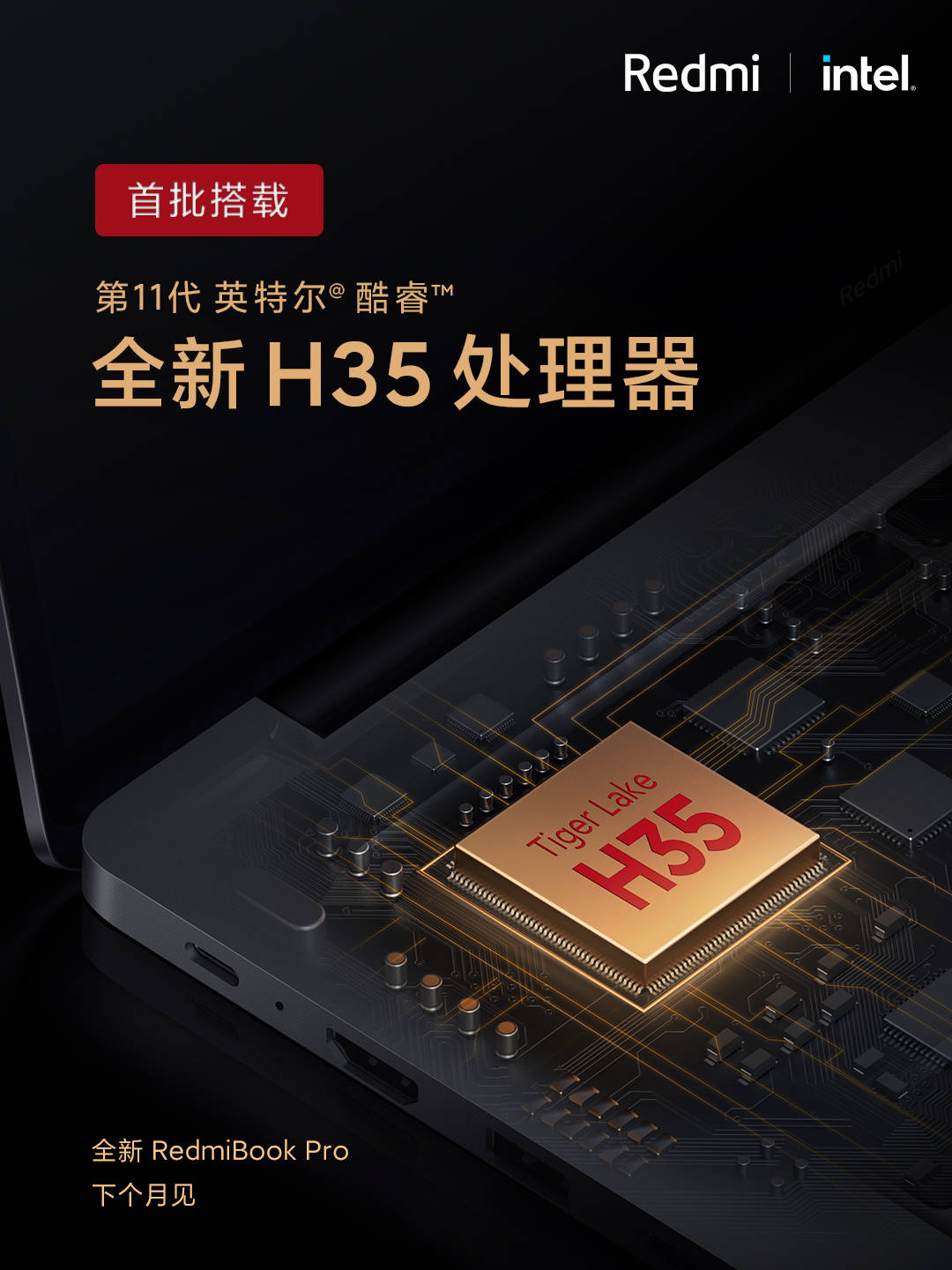 Xiaomi will be one of the main manufacturers to use the Intel Tiger Lake H35 in its laptops.

Intel's new Tiger Lake H35 Series has been announced as a Willlow Cove quad-core processor with Iris Xe graphics . In addition, within this series we find up to three different models:

In short, the new RedmiBook Pro will be quite interesting laptops. In addition, they will be the lightest, without giving up a raw power for use in the gaming field.

YOU MAY BE INTERESTED: The new cheap laptop RedmiBook 14 sweeps on its first day on sale

It is to be expected that in the coming days we will know at least the presentation date of these new Xiaomi laptops that a priori we will only see in China but that we would undoubtedly love to see in Europe and in practically all the countries where Xiaomi has arrived in such a way. official.

The entry Xiaomi announces the RedmiBook Pro, the first ultra-notebooks to use the Intel Tiger Lake H35, was first published on xiaomist: Xiaomi news and news website .