The Black Shark 4 received the highest score on AnTuTu

Yesterday, Xiaomi Black Shark brand announced that its next smartphone will be Black Shark 4, which will receive a 120-watt fast wired fast charge for its 4500 mAh battery.

Today, the brand's CEO shared on Weibo the fact that the Black Shark 4 prototype scored the highest (788,505 points) on the AnTuTu benchmark. This score is much higher than the Xiaomi Mi 11 (around 700k-710k) or other unreleased handsets such as the Oppo Find X3 (around 771k) or the iQOO 7 (around 752k). 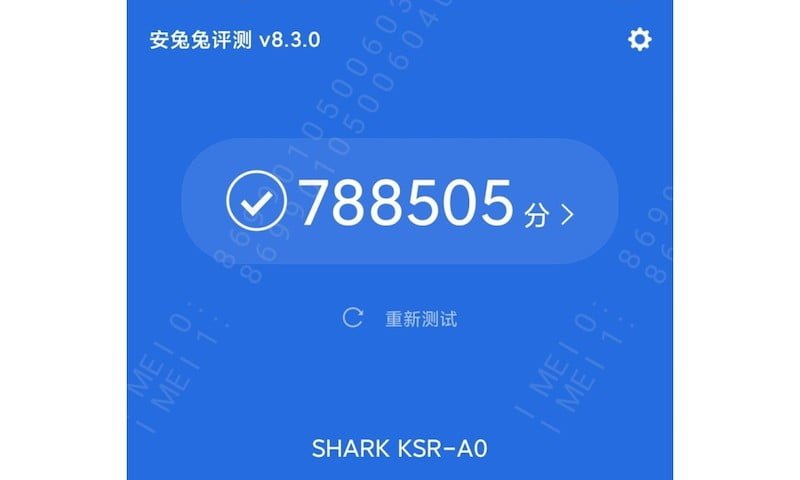 He went on to explain that this success is due to the efforts of Black Shark engineers, but its CEO is still not completely satisfied, and apparently until Black Shark
4 will break the 800,000 border in AnTuTu, will not be satisfied.

As a publicity campaign for the phone appears to be underway, the official launch of the Black Shark 4 is likely to take place in a few weeks. The phone is expected to have an OLED screen with a resolution of 2400 x 1080 and will be powered by the Snapdragon 888 chipset.

Black Shark 4 received the highest score on AnTuTu for the first time at the Xiaomist.Com . appeared.