Problems with the POCO X3 NFC screen? So you can fix it

Due to the large community that has emerged around the POCO X3 NFC and in order to help each of its users, my current smartphone has become this device. After months of using it without any problem, an annoying bug has just appeared on your screen that a priori has a solution .

This is none other than activating the reading mode automatically or changing the screen tone intermittently. Without making any kind of adjustment, the POCO X3 NFC screen takes on some dull colors, returning to normal some time later.

As I have been able to find out from our own Telegram group , this failure has been suffered by a large number of users. Of course, fortunately there is a small solution, since apparently, the culprit of all this is none other than the Chrome browser .

After researching and with the help of other users, I have been able to conclude that there is some conflict between the POCO X3 NFC system itself and Chrome . And it is that, after looking closely, after opening this browser is when the terminal screen changes color. 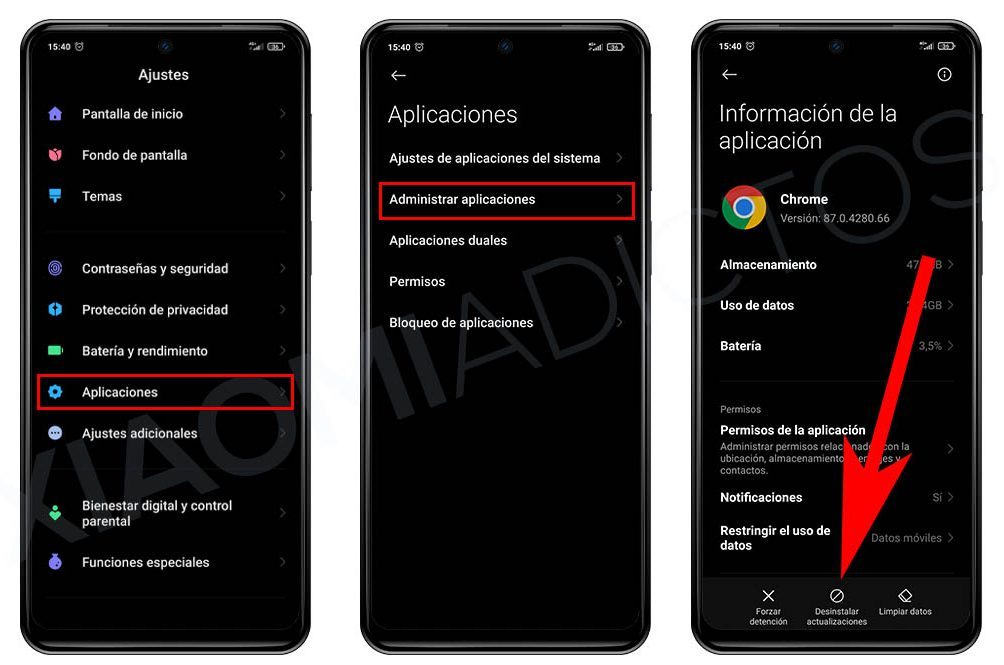 To solve it I have proceeded to eliminate the previous updates of the Google browser. To do this, just go to Settings > Applications > Manage applications and search for the Chrome application. After that we will proceed to uninstall your updates .

In this way, I have managed to prevent the screen of the POCO X3 NFC from changing color or tonality automatically, avoiding this annoying failure that I have already reported to Xiaomi to solve it as soon as possible.

* Special thanks to BlackCatt11HTC for helping to resolve this issue on the POCO X3 NFC screen.

The entry Problems with the POCO X3 NFC screen? So you can solve it was published first in XIAOMIADICTOS: Xiaomi news and news website .