Xiaomi Fengmi Technology, the environmental chain company, officially launched the Fengmi 4K Max laser projector on Tuesday, the brand's latest laser TV with the ability to display 4K content. This product is currently on pre-sale on JD.com and is priced at 27,999 yuan ($ 4,128).

The Fengmi 4K Max laser projector is another masterpiece of Fengmi technology in the field of laser TV products. This device comes with some superior features such as increasing the screen size from 100 inches to 200 inches. It also comes with 4K resolution, 4,500 lumens brightness level, high color gamut and high dynamic contrast. 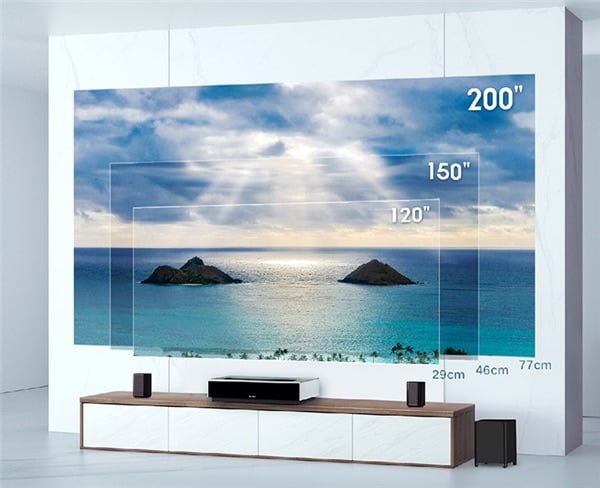 At the same time, it is equipped with Fengmi's self-developed FAV image quality optimization technology, as well as support for HDR10 + and HLG + decoding technology, which provides more accurate image contrast.

In terms of product appearance, the total dimensions of the projector are 608x389x140 mm. This projector is produced using integrated CNC metal molding and its simple design is accompanied by gradual light and shadow. 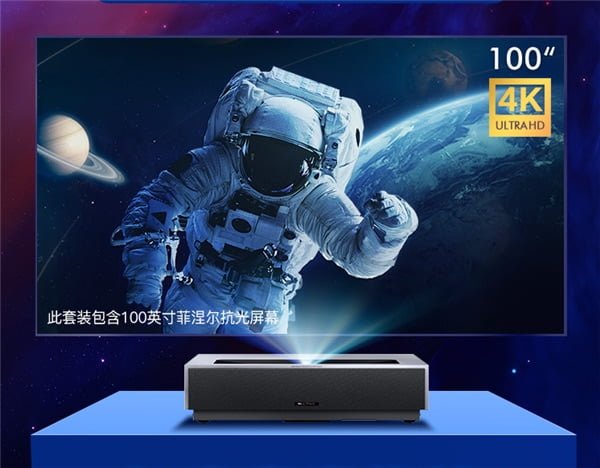 The Fengmi 4K Max Laser Cinema is equipped with a self-made FengOS system and has a flat design that matches the browsing habits and performance of large screen users. Using its self-developed FDP (Feng Dynamic Screen) architecture, FAV and FAA audio and video engines have been technically implemented to provide users with a large, comfortable human-computer interaction experience. 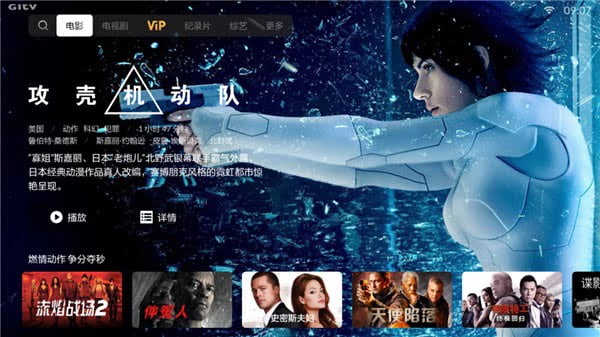 As a cinematic product, in addition to the laser TV, a 100-inch non-reflective Fresnel screen mounted on an 8mm anodized metal frame is standard. With the Fresnel screen, the contrast ratio increases 10 times compared to the white wall, so the projector image quality is not affected by the ambient light level.

Xiaomi Fengmi 4K Max laser projector with a maximum of 4500 lumens was introduced for the first time in Xiaomist.Com . appeared.