"Oppressive Apple", "They are what they fought with", "controlling behemoth" - the most interesting fragments of the Epic vs. Apple lawsuit 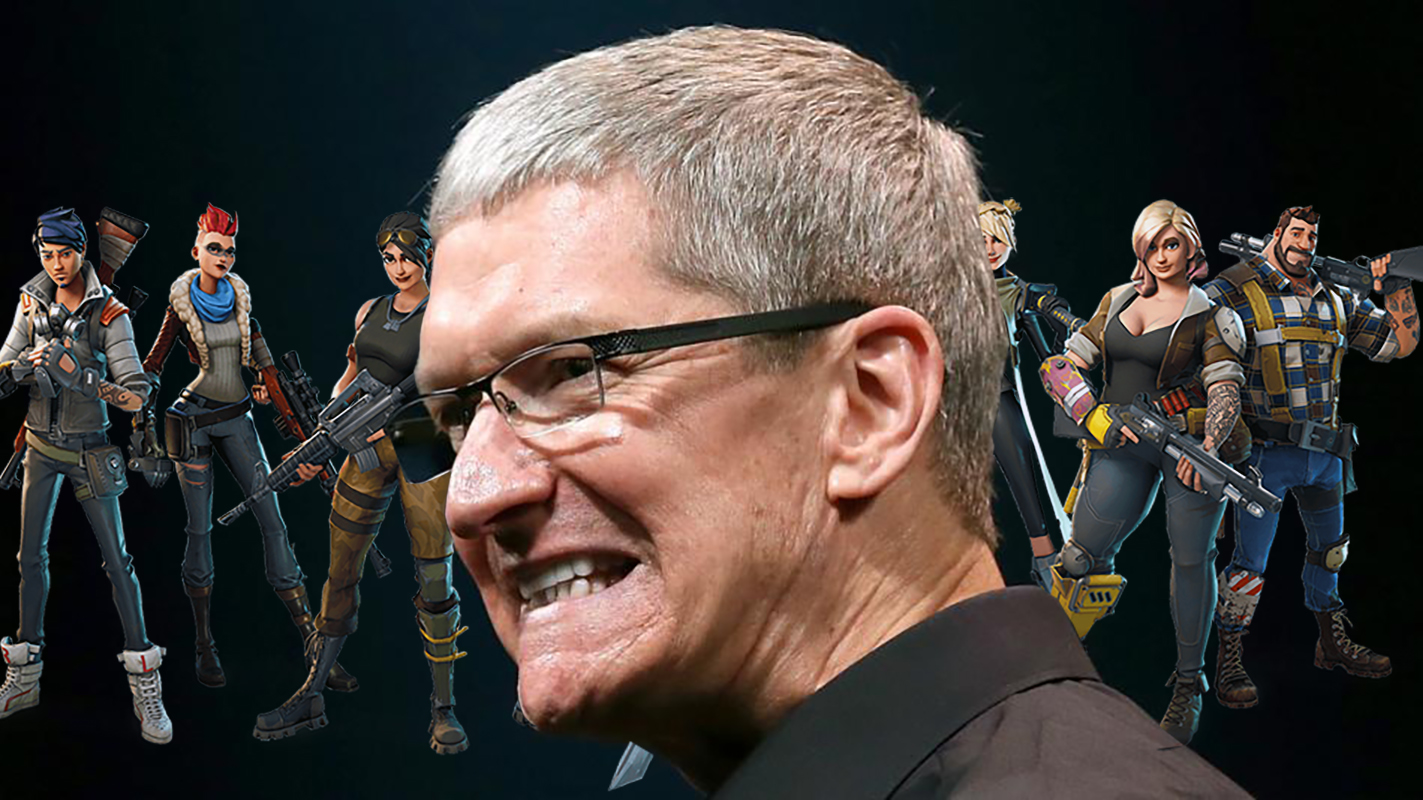 I have read over 60 pages of the document that the law firm representing Epic Games filed yesterday with a California court. The lawsuit against Apple is a really interesting read, which clearly proves that Fortnite developers have been planning a campaign against Tim Cook for a long time.

The lawsuit against Apple is online and anyone interested can read it . However, if you do not want to spend the weekend with over 60 pages of a foreign language document, I have allowed myself to select the most interesting fragments, and also to make their editorial translation. The lawsuit contains some interesting flavors, showing the cuisine of a modern developer and the rules of the App Store.

Apple has become what it used to struggle with.

The document begins with a reminder of a 1984 ad in which Apple alludes to Orwell. Steve Jobs criticizes IBM's monopoly behavior, presenting the Macintosh as an open, user-friendly and developer-friendly platform. The spot is a narrative starting point for the argumentation of a lawsuit. The law firm says:

Let's move to 2020. Apple has become what it once fought itself: a behemoth seeking full control of the market, blocking competition, and slowing down innovation. Apple is bigger, more powerful, more entrenched in its position and more vindictive than any monopoly of earlier years. With a capitalization of $ 2 trillion, Apple's size and reach extend further than any monopoly in the past.

It's better and friendlier in Maki.

The authors of the lawsuit pay attention to the Apple personal computer environment. The macOS ecosystem was compared with the iOS ecosystem, putting the latter in a negative light. iOS is supposed to be a closed, anti-consumer and anti-developer platform. The law firm indicates that Tim Cook's company can act fairly, but only where there is no monopoly, for example, giving MacBooks.

Apple uses irrational and unlawful restrictions to monopolize the market and regulate developers' access to over a billion customers on mobile devices. Unless the producers agree to use only the Apple store, where the company uses an oppressive 30 percent rate. tax on transactions, and condemns developers only to the Apple payment system.

For comparison, developers can distribute their products on Apple personal computers as in the open market through various stores and methods, and even by downloading the program directly from the manufacturer's website. Users have a range of different payment systems to choose from, and the transaction tax averages 3%. That's ten times less than 30 percent. tax on Apple's mobile platforms.

The creators of one of the most popular battle royale games do not want money from Apple or any other compensation, which is to pay a tax of 30 percent. from every transaction. The company tries to put itself in the role of a brave fair who fights on behalf of all consumers and all developers present on the market today and in the future:

Epic is filing a lawsuit against Apple in two areas where Apple exercises an unfair monopoly: 1. Distribution in the iOS market (App Store), and 2. Method of payment on iOS only through Apple In-App Payment. Epic does not seek financial redress in court for past losses. Epic doesn't file a lawsuit just for itself. The company is committed to loosening unfair rules in two areas that affect hundreds of millions of users and tens of thousands of developers.

An interesting flavor that shows the rules of the App Store from the inside out is the fact that Apple forces developers not to mention additional shopping opportunities if these are not implemented via the App Store:

Apple is forcing developers to agree not to offer something like choosing payment methods. Apple goes so far that it doesn't even let users mention that they have the option of purchasing the same content via an alternative method outside of the app, such as through a web browser. Since Apple has a monopoly on distribution in the iOS environment using the App Store, developers have no choice but to agree to this anti-consumer node. Either it will be as Apple wants or not at all.

Tim Cook is holding progress, also in the area of ​​payments.

An interesting thread, which the law firm is ignoring, is the brake on progress in the area of ​​cashless payments caused by Apple's attitude. According to the law firm representing Epic Games, Tim Cook noticeably stops the development of the entire sector:

Apple's anti-competitive payment policy on iOS leads to harm: developers of other payment mechanisms cannot compete with Apple on price and innovation. Apple blocks modern payment mechanisms, such as loyalty points (such points work, for example, in the Huawei AppGallery. Thanks to them, you can save or buy an application for free - ed.) Or payment via a mobile operator's account. This hits consumers who are deprived of the benefits of natural competition, also in the area of ​​payment systems.

How does Android not fit? - it does not work like that

Epic Games representatives also refer to the frequently raised argument that if someone does not like the rules of the App Store, they should publish an application on Google Play or buy Android. The law firm presents arguments that such a simple change of the store and the system is not easy at all:

The threat of changing the smartphone to a different manufacturer's model does not work for Apple. IOS users have to take into account high costs and losses after switching to another ecosystem. This is one of the reasons why Apple is strong in the mobile device market. Two-thirds of the profits in the smartphone market were made in the Apple environment. The cost of buying services and applications on the new platform again has an impact on consumers' purchasing decisions and cemented Apple's position.

The client on the iPhone is the better client

Epic Games is another entity that confirms what we all know: there is no second group of mobile customers as good as those on iOS. Android may be more numerous in terms of the number of smartphones in operation, but the differences between the two types of customers are gigantic:

The iOS customer base is gigantic and has over 1.5 billion active users. It's also an extremely desirable group: an iOS user spends on average twice as much as an Android user. This is true of Epic Games practice, where the average iOS Fortnite player spends much more than the average Android Fortnite player. For this reason, the iOS market is a "must have" for every developer. Any vendor that decides to create an Android-only application gives up the market of 1.5 billion well-paying customers.

Apple is full of shit

The previously mentioned reference to Apple's personal computers is not accidental. MacBooks and iMaks are the argument that Tim Cook's company creates a smokescreen of values ​​such as user security, using them to enforce and maintain monopolistic status on mobile devices:

Apple blocks other distribution platforms than the App Store for iOS, explaining this with security and privacy protection. This is just an excuse by which Apple gets rid of all competition in the area of ​​application distribution. The Mac comparison shows just how superficial Apple's arguments are. On Apple personal computers, users can install programs from a variety of sources, including downloading them directly from the manufacturer's website. There is no reason why mobile device owners should not be able to do the same.

Polish thread in the American lawsuit

On page 35 of the office document we can find a mention of Poland. Epic Games uses our market as an example of how the possibility of using alternative payment methods affects consumers and their opportunities:

Epic works with a number of payment system companies to help customers make the best deals. A good example of this is Skrill, which offers players prepaid "Paysafe" cards at local physical stores in Poland and Germany. Were it not for Apple's policy, similar cards could also be used on iOS.

"Oppressive Apple", "They are what they fought with", "controlling behemoth" - the most interesting fragments of the Epic vs. Apple lawsuit
author xiaomist