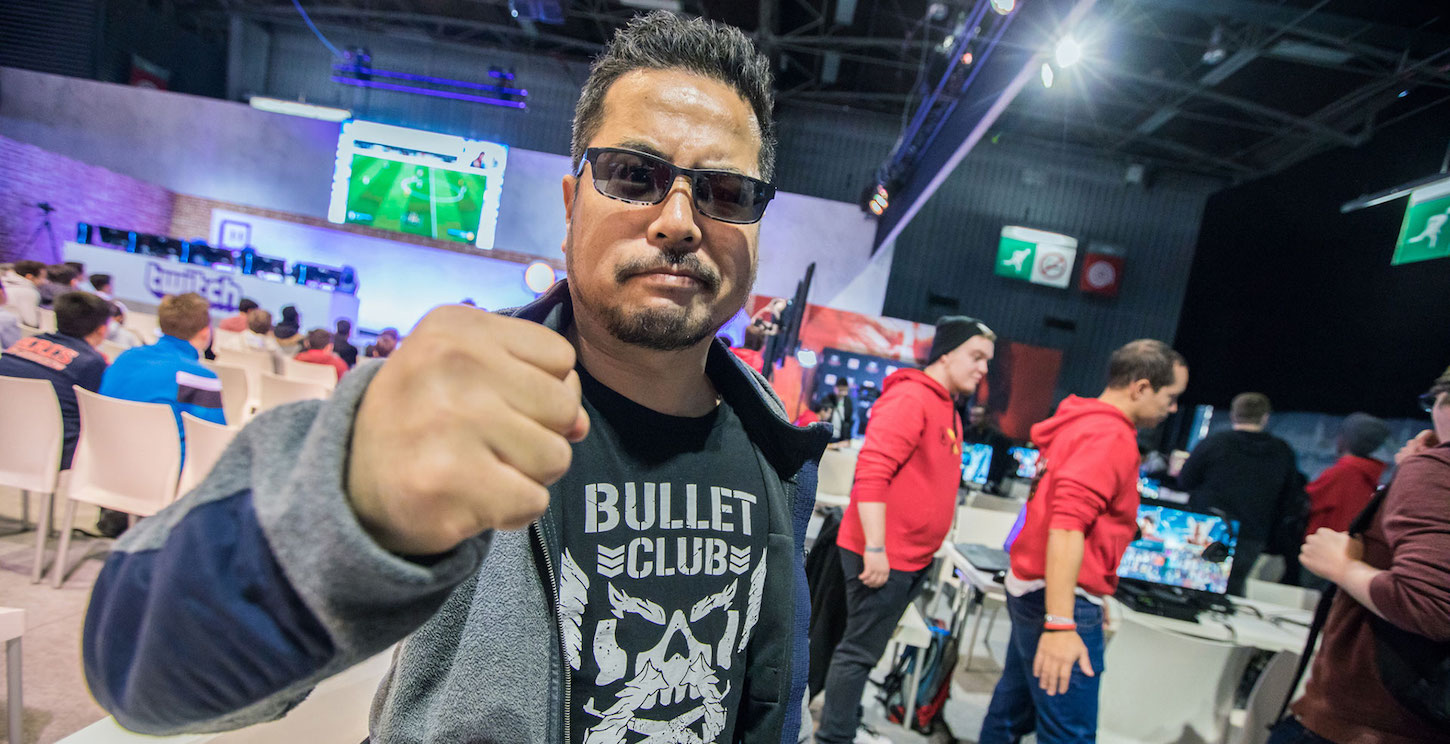 Just before Poland closed due to a pandemic, a very interesting guest visited us. In our country appeared Katsuhiro Harada - creator of the legendary Tekken series. I could not miss such a special opportunity.

Readers of Spider's Web deserve two words of explanation. Katsuhiro Harada visited Poland at the turn of February and March. At that time, the IEM 2020 e-sport finals were to take place in Katowice. Unfortunately, the event in Spodek was closed to the public. Harada found out about it only after landing in our country. Since producer Tekken could not see the stage in Spodek with his own eyes, he decided to visit Poland a little bit and give us an interview. The authorization process took so long that it is only now that we can publish it on Spider's Web.

Szymon Radzewicz: You are in Poland for the first time. Business or pleasure?

Katsuhiro Harada: There are several reasons why I am in Poland. The first is that I wanted to come to the Intel championship in Spodek and see how it all looks. Until the very last moment, partners from Intel assured that the event would take place. Being on the plane, at the worst possible moment, it turned out that the government side forbade the finals to be held with the participation of the public. In this way, a business trip turned into a tourist trip.

The second reason I wanted to come is because I heard that the Polish gaming market - especially PC games - is developing very strongly. That is why I wanted to see Poland. I've been to various European countries, but not here. I decided to feel the atmosphere, meet people and see how it all looks like here.

I tried your soup - sour soup - and it's fantastic. I still want her. I'd love to take the recipe to Japan. I saw Warsaw only in the pictures, but I walked a lot around Katowice. They are different than my idea of ​​a European city. There is a mixture of old climate and Soviet architecture with the present. Because of this it is a unique place and completely different than I have seen so far.

I spent half a day with a guide. I also visited the Auschwitz extermination camp. I learned many things there and I believe that such places must exist for posterity.

As a Polish player, I feel obliged to inform you that Tekken 3 has grown into a legend in our country. In the 90s everyone played this fight. She brought together a lot of people.

I didn't realize that! I didn't know that Tekken could be so popular in Poland. I knew he was relatively famous in Europe, but I didn't expect it. Do you think this is a strong brand? Recognizable?

One hundred percent sure. Not only the game itself is known, but even individual warriors. The basic rule in my hometown forbade playing as Eddy Gordo during local tournaments. Too fast. Too strong. Only good players countered him.

(laughs) It's not the first time I've ever heard it.

Have you already played with the PS5 or Xbox Series X devkit?

Ok, I'll bite from a different angle. Can the new generation of consoles change something radically for fighting games? E.g. 120 frames per second ...

As for the new consoles, we know that SSDs will speed up games and reduce loading times. From the player's point of view it will be better because nobody likes to wait. In fighting games, the screen showing the selection of players and who, with whom and in what arena will fight always plays an important role. We always have hidden loads under these screens. When the equipment is faster, you will be able to go to battle faster.

On the other hand, this raises interesting problems. I will tell about this on an example. When Tekken 3 became available in arcades, slot machines supporting them were slightly more powerful than PlayStation consoles. Thanks to this, loading screens - character and arena screens - lasted half a second. Is that good It turns out too fast! You can't see exactly who you're struggling with, take a breath, drink a cup of tea ... We already had the opportunity to be faster then, but we specially added 3 seconds to make it wait. Players needed it. You also have to think about it. Also from the point of view of e-sport. Professionals on stage also need a moment of breath. Viewers also. 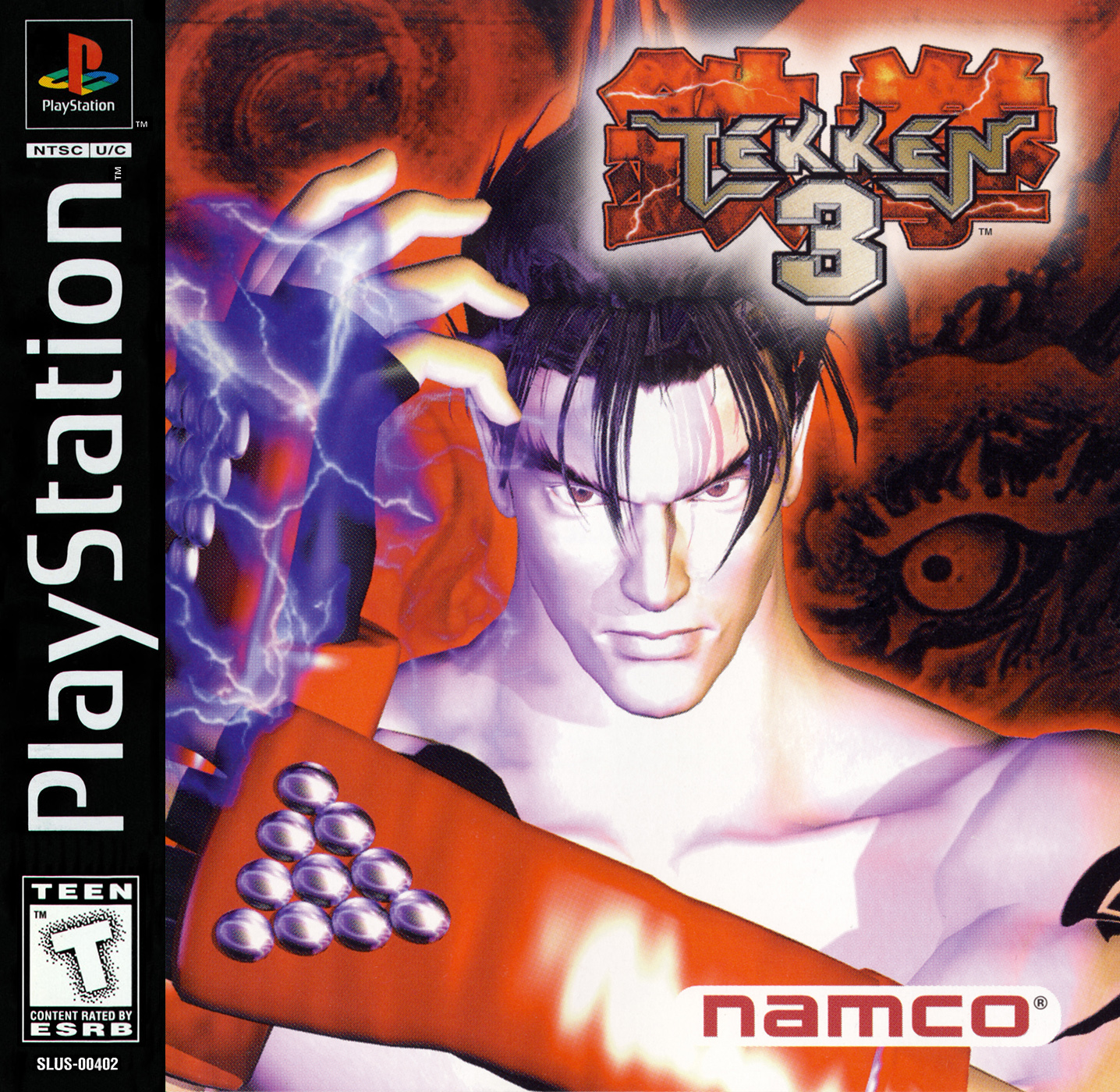 You are not only the creator of the Tekken series, but also the leader of the Bandai Namco e-sports scene. Central Europe lacks such a solid stop on fighting games. Can anything be done about it? For example in Poland?

The fact is that large events have so far been held mostly in the USA. However, the Tekken World Tour formula allows you to organize a cool tournament anywhere in the world, as long as its organizers are strong enough and the number of applicants is sufficient. Let such initiatives be reported to us, to the Tekken World Tour, and we will award league points for them. This openness to tournament organizers is something that has worked well in the US. We want to transfer and promote this model also in Europe. We would like to unite local communities more often.

Sounds great, but coronavirus has changed our reality. The IEM 2020 finals are the best example ...

Unfortunately, coronavirus's impact on e-sport is already significant. We had to move or cancel several games. does not change the fact that we are an entertainment company. Providing entertainment. So even in such a situation as coronavirus threat, we must offer something to our clients. Online tournaments. Streams from an empty studio. We are constantly thinking how to entertain fans and how to prepare for the future.

I will tell about this on the example of Tekken 7. After the release of the game, we planned to release a season pass with another few warriors determined on the basis of marketing plans. Only one, a year after the premiere. We have planned characters and an update calendar. However, Tekken 7 sold better than we thought, and the number of players was constantly high. Hence the pass for the second season and the third season, which were not planned at all. There was no mention of them before.

How do we decide which characters to introduce to the second and third season? We take opinions from everywhere. We read fan comments on the Internet. We have companies doing research on players' expectations. We talk with professionals and enthusiasts at tournaments.

Regarding the season pass, I am delighted with the character of Leroy Smith. For me, the best new acquisition of the Tekken series. Where did the idea come from? What are his inspirations?

Leroy uses Wing Chun, which is called eishunken in Japanese. I wanted to throw this style into the game for a very long time, if only because it was partly used by Bruce Lee, learning it from his Chinese master. Ip Man suffered a lot at the hands of the Japanese during the war. It is not known how true this is, but he allegedly said that Japanese are not allowed to teach this style. Respecting this, I have refrained from throwing Wing Chun into the game for seven years, although I really wanted to. We did not want to underestimate the will of Ip Man or Chinese players.

However, during one of our many studies, we discovered that in Japan there is a Wing Chun dojo run by a master who received permission from the younger brother of master Bruce Lee! We talked to him. The head of the dojo came to the central dojo of this style, to the Ip Man family in China, asking for exceptional permission. We've got the green light! So it turns out that knowledge of this technique is no longer forbidden to the Japanese.

As for the character in the game ... Initially, we wanted to create someone just like Ip Man. However, there were doubts about the marketing department, how it will appeal to Chinese players. There are many different masters in China and we did not know exactly who to model. So I came up with the idea of ​​an African American. I threw a few key guidelines: glasses, dreadlocks, old age, Wing Chun style. We have a studio in Malaysia responsible, among others for design. There, a unique Leroy design was created that we immediately liked. 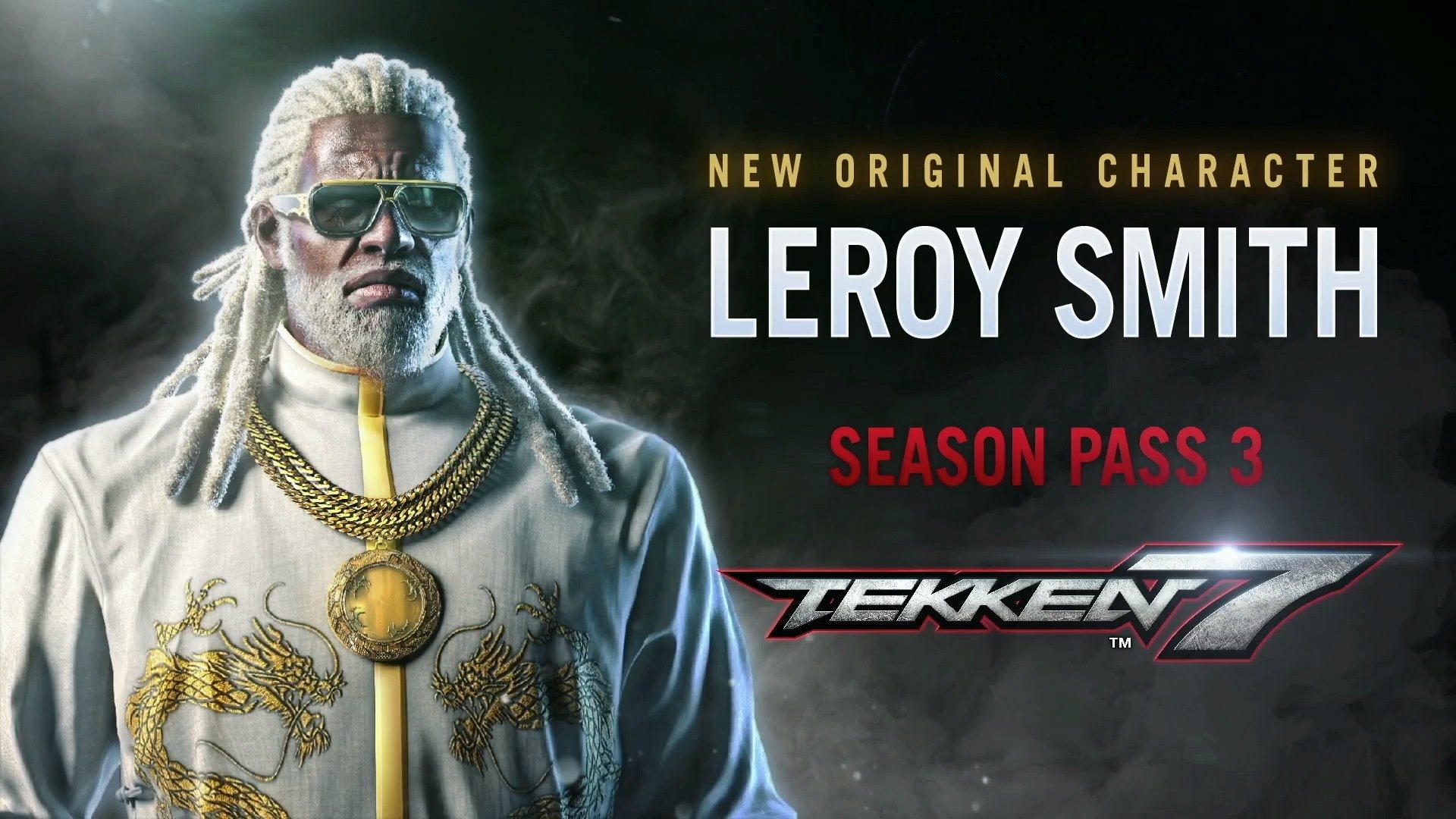 In Tekken 7 there are many guest characters from other games and series. If you had complete freedom, who else would you introduce to the game?

I have never considered such full freedom. (laughs) . A lot of themes match Tekken. My favorites are primarily Captain Price from Call of Duty, Deadpool and John Wick. We even tried to get Wick at some point, but there were problems with deadlines. Unfortunately, no agreement could be reached. Interestingly, in SoulCalibur VI debuted 2B from the game Nier: Automata. Originally, it was supposed to appear in Tekken. We just thought that this character better suits SCVI.

Quite honestly - I dream of Colonel Sanders from KFC in Tekken. Together with director Ikeda, we have an idea for this character. We know how to do it well. It will be really brilliant. The marketing department, however, does not want to agree, because they think that players will not like it. Everyone advises us against it at every turn. So if anyone from KFC read this interview, please contact me! (laugh)

I know you have been asked this 395 times, but I have to ask this question: Tekken 7 on Nintendo Switch - what are the chances?

We'd like to make a Switch version, but we're worried that too much time has passed since the release of Tekken 7. 5 million players have already bought Tekken 7. Probably everyone who wanted to reach for our fighting game has already done it. I don't know if there is sense or if there is demand. We are puzzled by the profitability of such a move.

Thank you for the conversation.