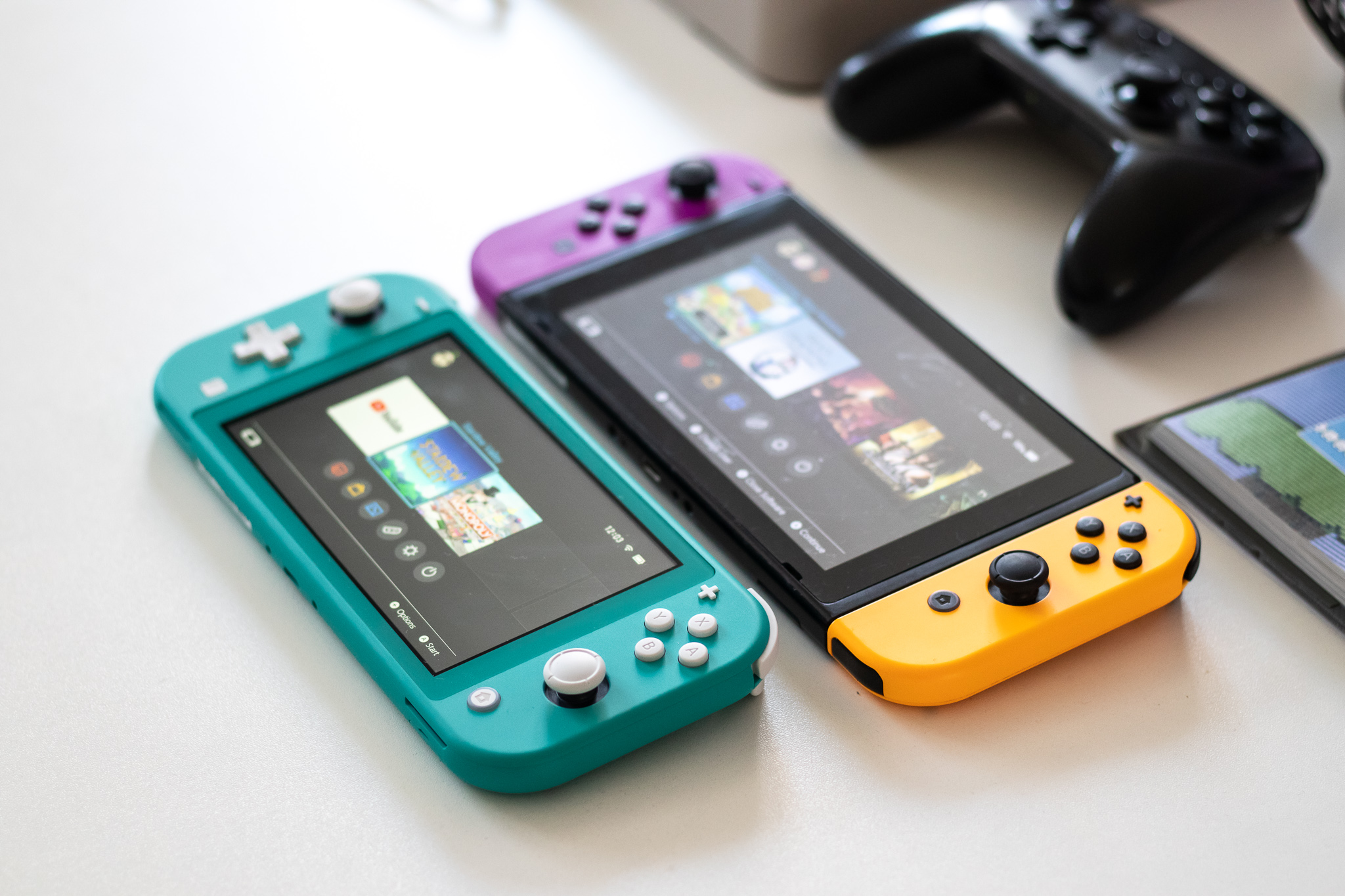 During the pandemic, sales of games and consoles began to grow rapidly . Many of my friends are thinking about buying a portable Nintendo Switch Lite handheld - the cheapest version of the Grand N console. Is this a good idea? Or maybe it is better to pay extra for the version connected to the TV? I will gladly help in the selection.

We currently have three Japanese console versions on the market. The original Nintendo Switch is almost extinct. You will find equipment mainly at online auctions and in local electronics stores. Nintendo Switch Lite is a smaller, slimmer, cheapest and TV-free edition of the device. There is also an updated Nintendo Switch v2 - a model with improved energy management that replaced the first handheld in 2019.

Nintendo Switch Lite is the cheapest version of the console, which we will buy below a thousand zlotys . 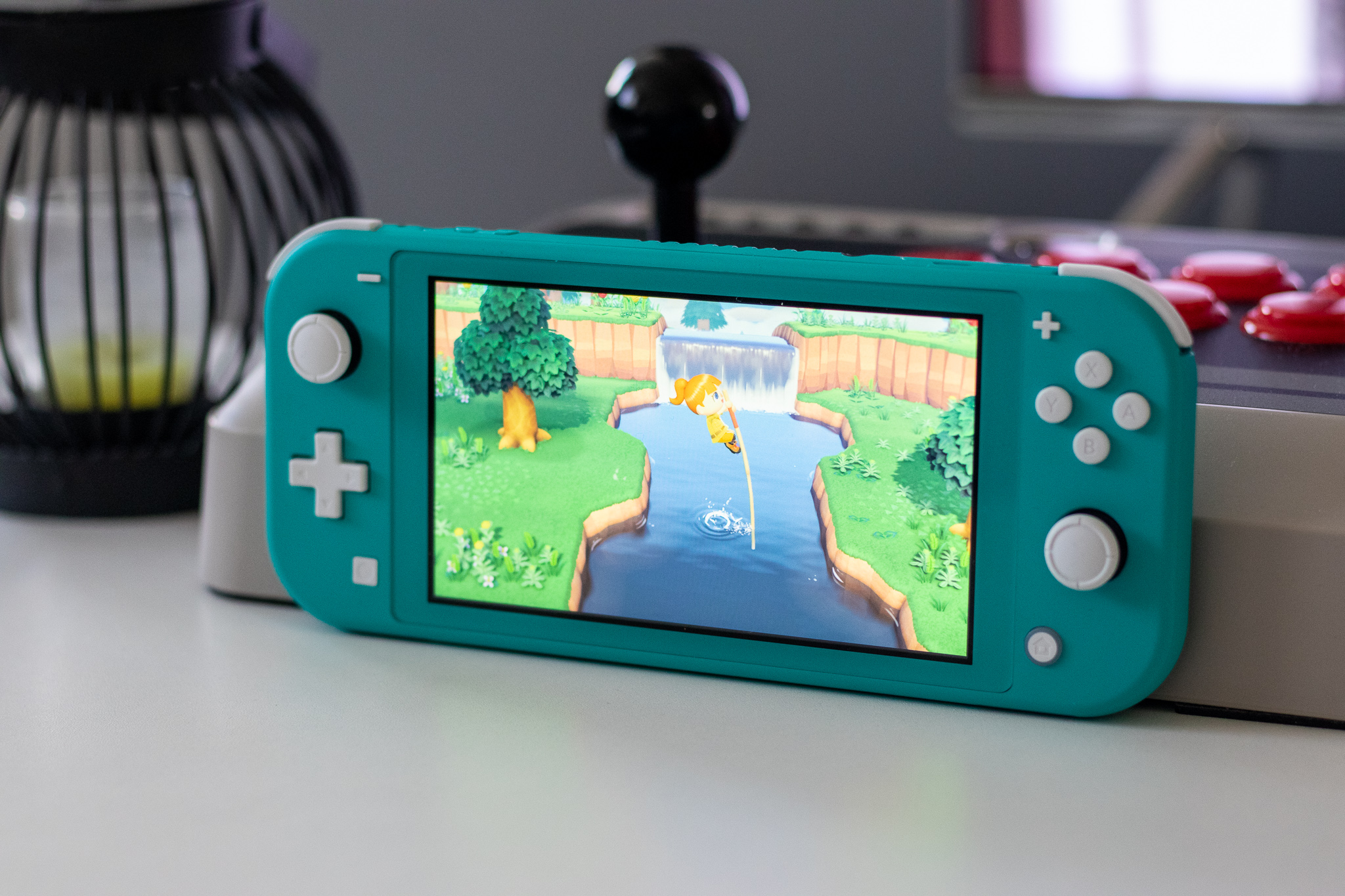 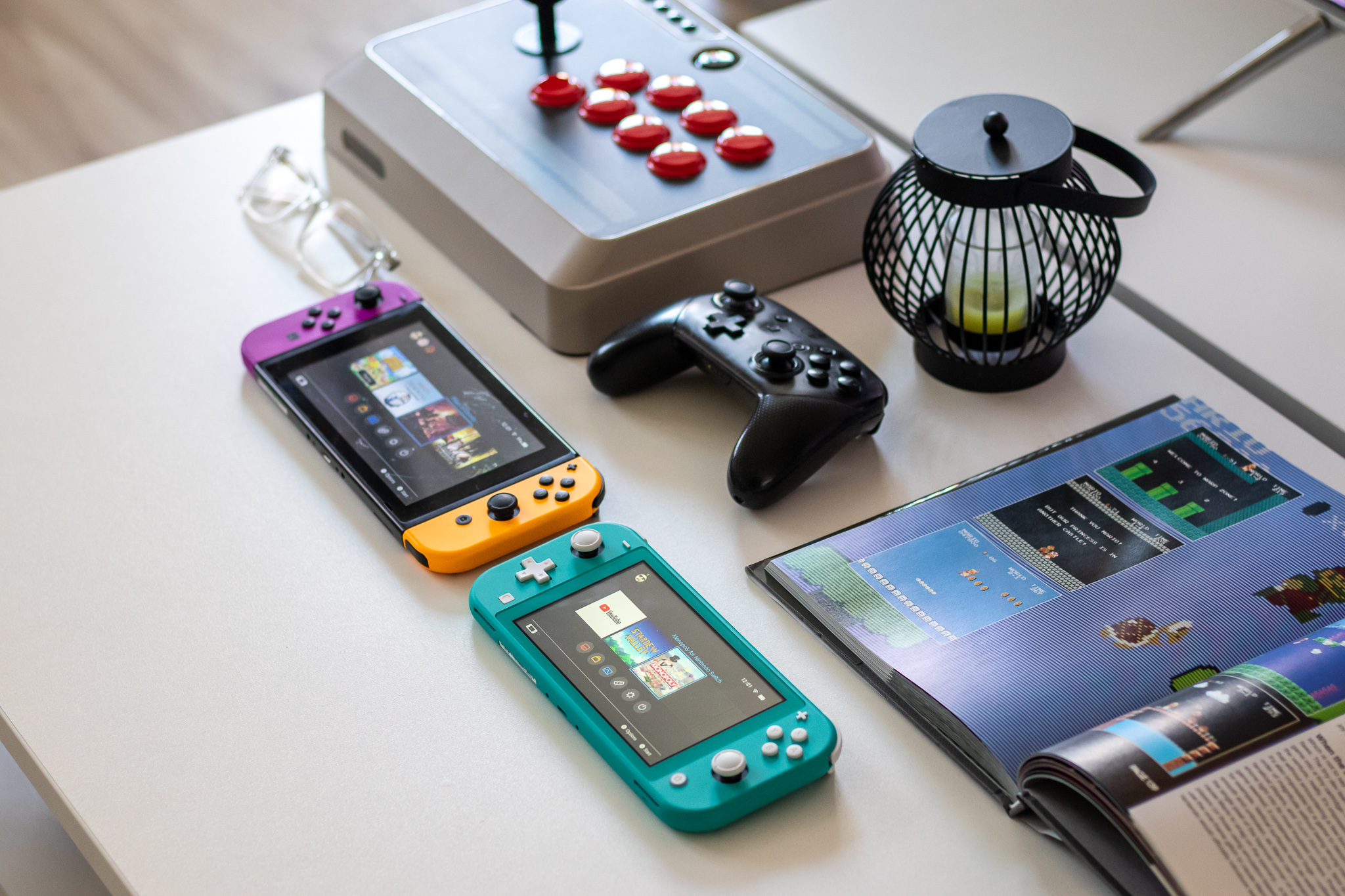 By choosing the Lite version you save up to PLN 500 . The price of the Nintendo Switch v2 model is around PLN 1,500. So the obvious question arises: what compromises must the player make to get the Nintendo platform cheaper by half a thousand zlotys . Most of the differences between the two versions of the console are well known. I have created a separate article highlighting the biggest disproportions between both gaming platforms and it is from him that it's best to start thinking about Switch Lite.

However, there are differences that you will not find in the official specification from Nintendo. The ones you won't read about in the first reviews of the cheaper model. It's about smaller, but still very important details that every player planning a purchase should know about. Because the Lite model will not be connected to the TV, almost everyone knows. But the fact that the cheaper console has speakers mounted in a completely different direction is almost secret knowledge. I'd love to share it.

Did you know that Nintendo Switch Lite does not vibrate? Instead, the screen pretends to shake. 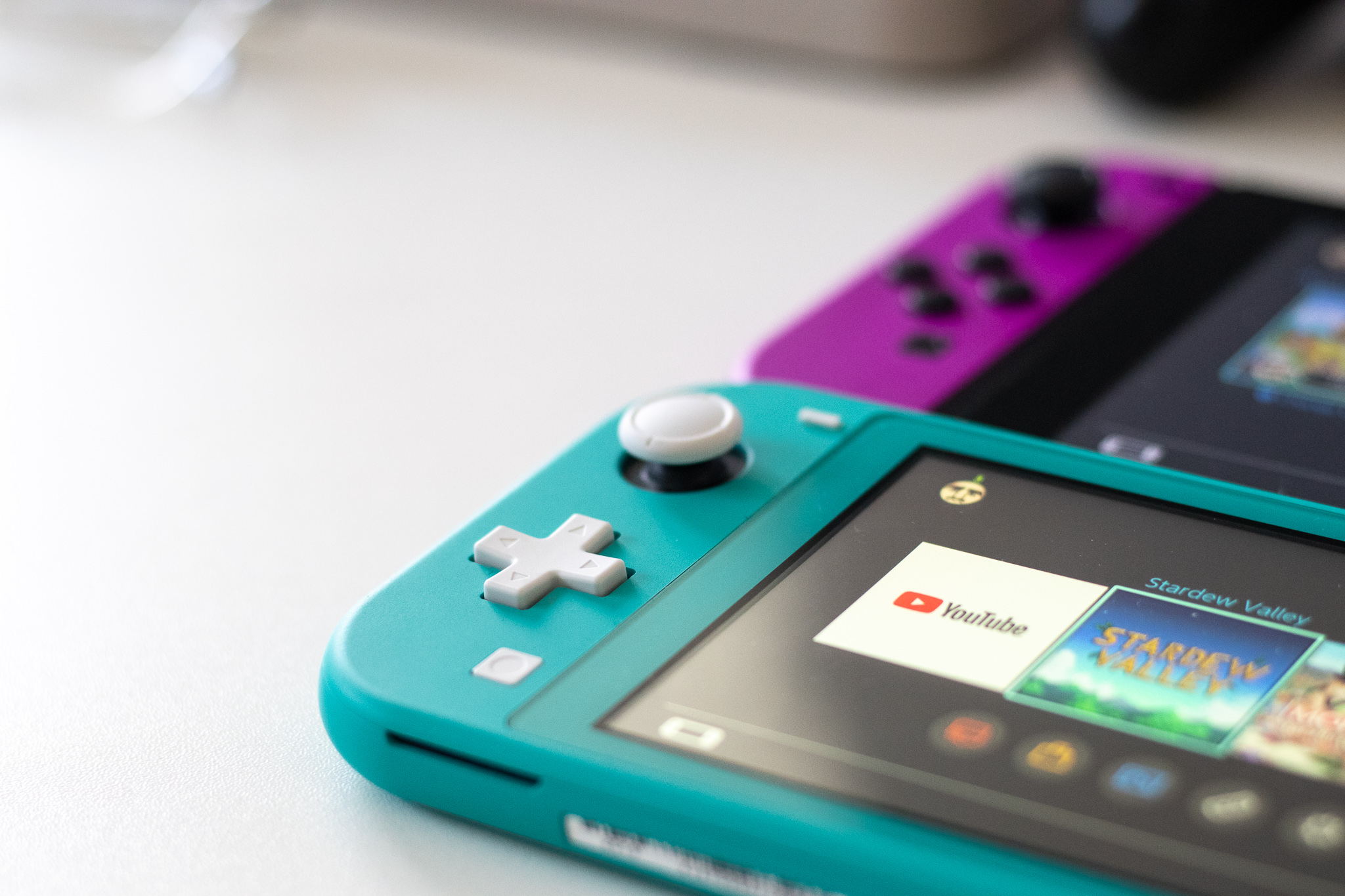 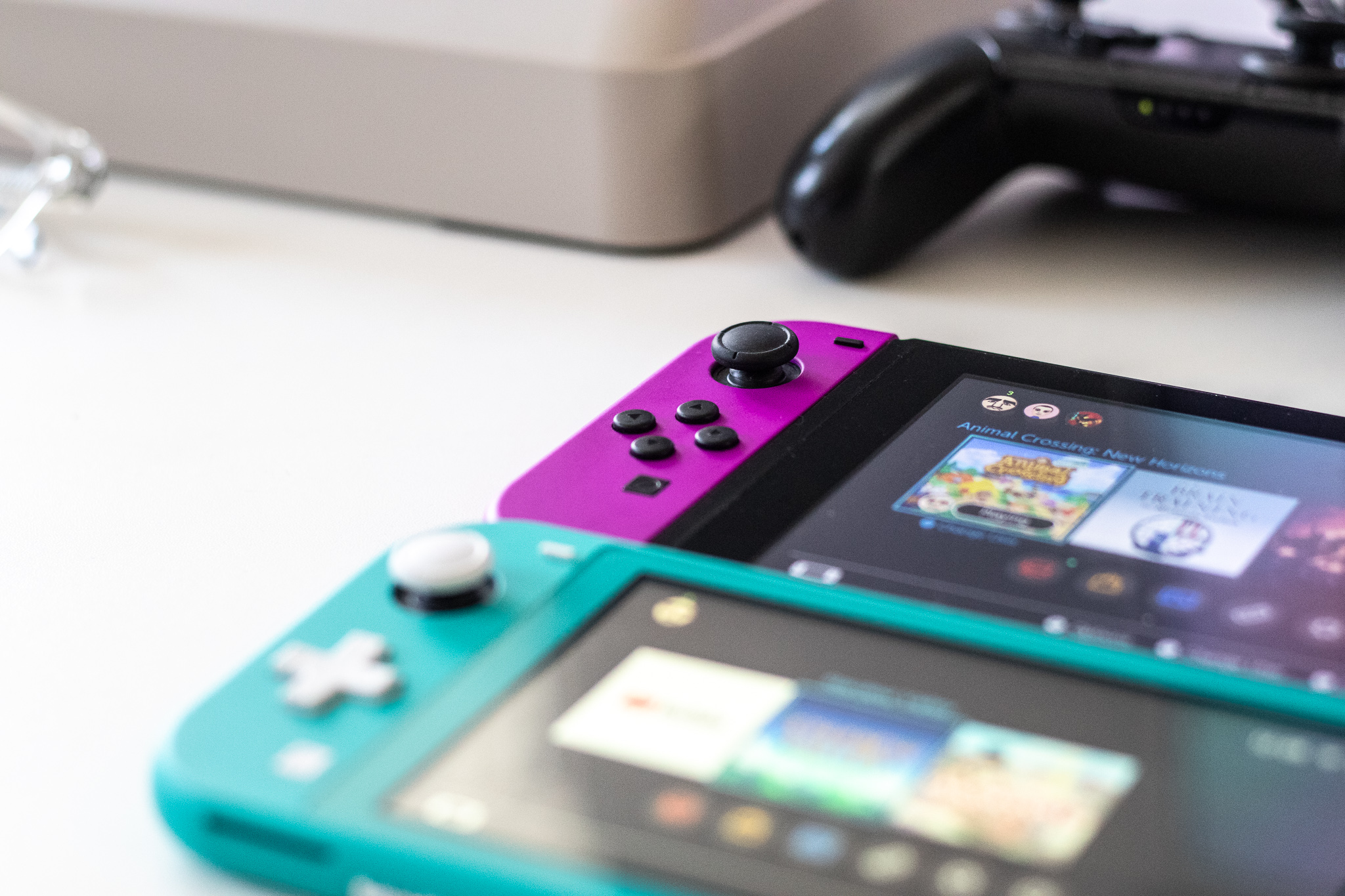 The Nintendo Switch Lite console has been deprived of retractable Joy-Cons (although it is compatible with them). The controller has become a permanent part of the housing. An infrared camera and HD Rumble vibration motors were cut out of it. Instead, an accelerometer (gyroscope) and an NFC sensor supporting Amiibo figures were left. The individual directional buttons on the left have also disappeared, replaced by a protruding white cross.

Lack of vibration can be a problem in many games. For example, in Super Mario Odyssey, where trembling Joy-Cons meant the presence of a star somewhere nearby. The vibration intensity also allows you to determine the amount of fish caught in Animal Crossing: New Horizons. You can multiply similar examples. By depriving the console of vibration, it was in some way impaired its ability to communicate with the player. Fortunately, Nintendo has found a way.

When we play Switch Lite, instead of vibrating controllers we have a shaky screen. It's a simple visual trick on the side of software developers to imitate shocks and vibrations. The screen starts to vibrate exactly at the same moment when Joy-Con engines start working in the classic model and the v2 model. In this way, players still receive important information, despite the lack of vibration under their fingers. Fortunately, the stars in Super Mario Odyssey will not be missed. 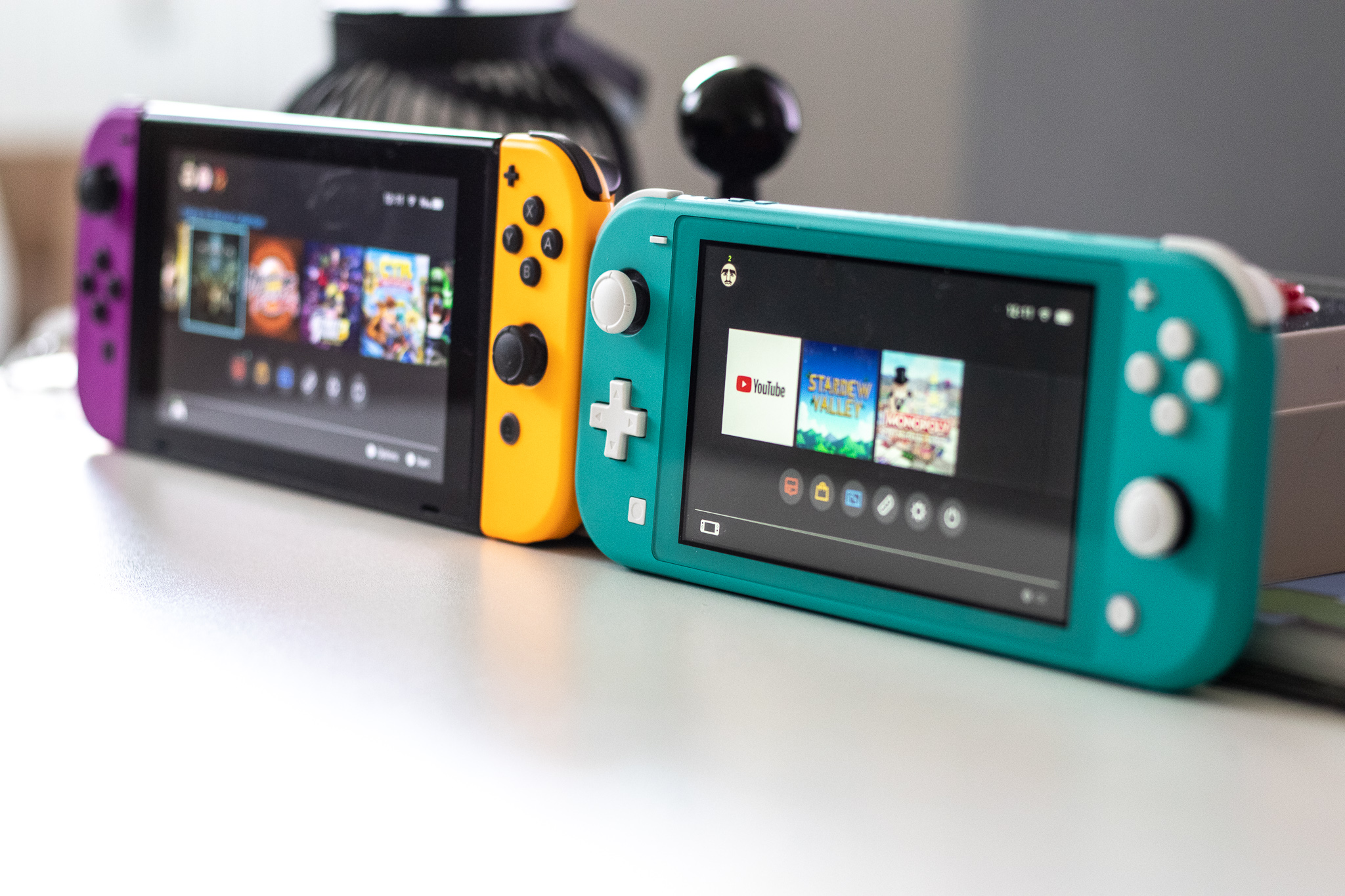 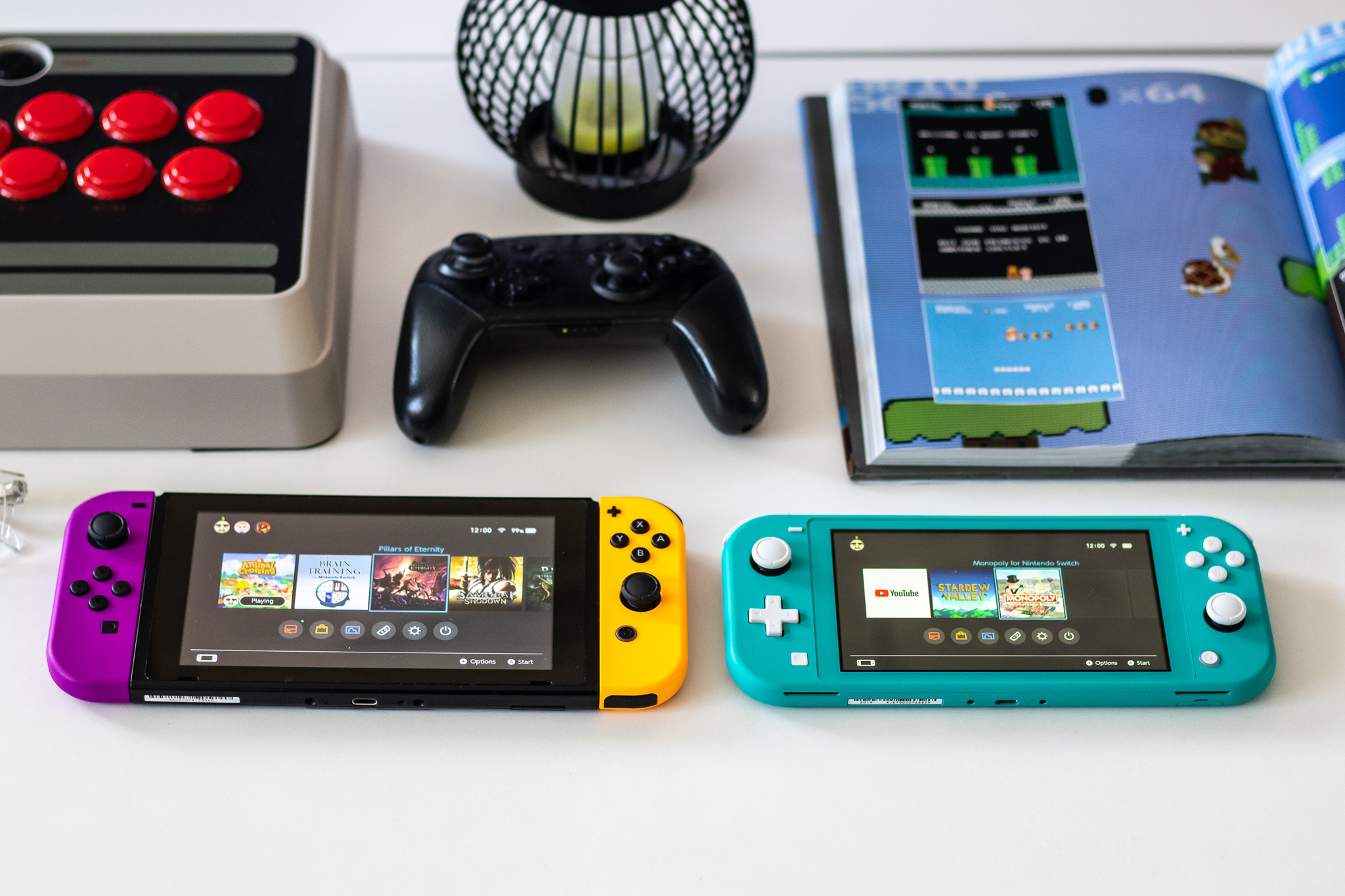 The second often overlooked difference is the image quality. Most comparisons end with the fact that the Lite has a 720p display with a 5.5-inch diameter, while the docking version got a larger 720p screen with a 6.2-inch diameter. However, an interesting implication resulting from the installation of a smaller screen in the Lite model is overlooked (apart from a longer battery life than the original version).

Both versions of the console offer the same resolution: 1280 by 720 pixels. However, the smaller Switch Lite screen makes the pixel density higher; 267 PPI respectively to 237 PPI. Hence, the image offered by the cheaper device is slightly sharper and clearer. The change is not big. There is no question of any game changer . However, if we put two consoles next to each other, the differences can be seen with the naked eye.

Audio that hits the ground somewhere. 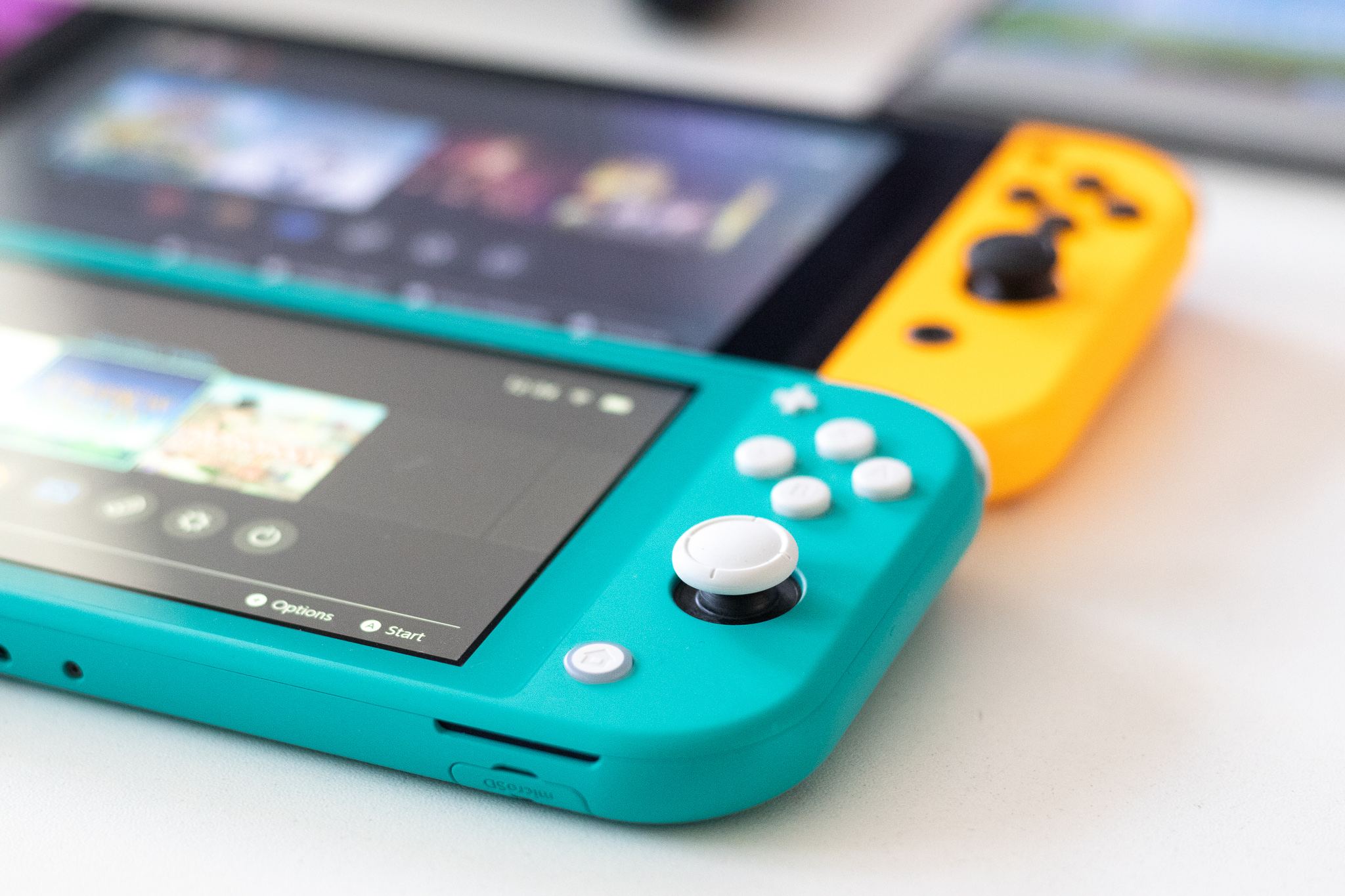 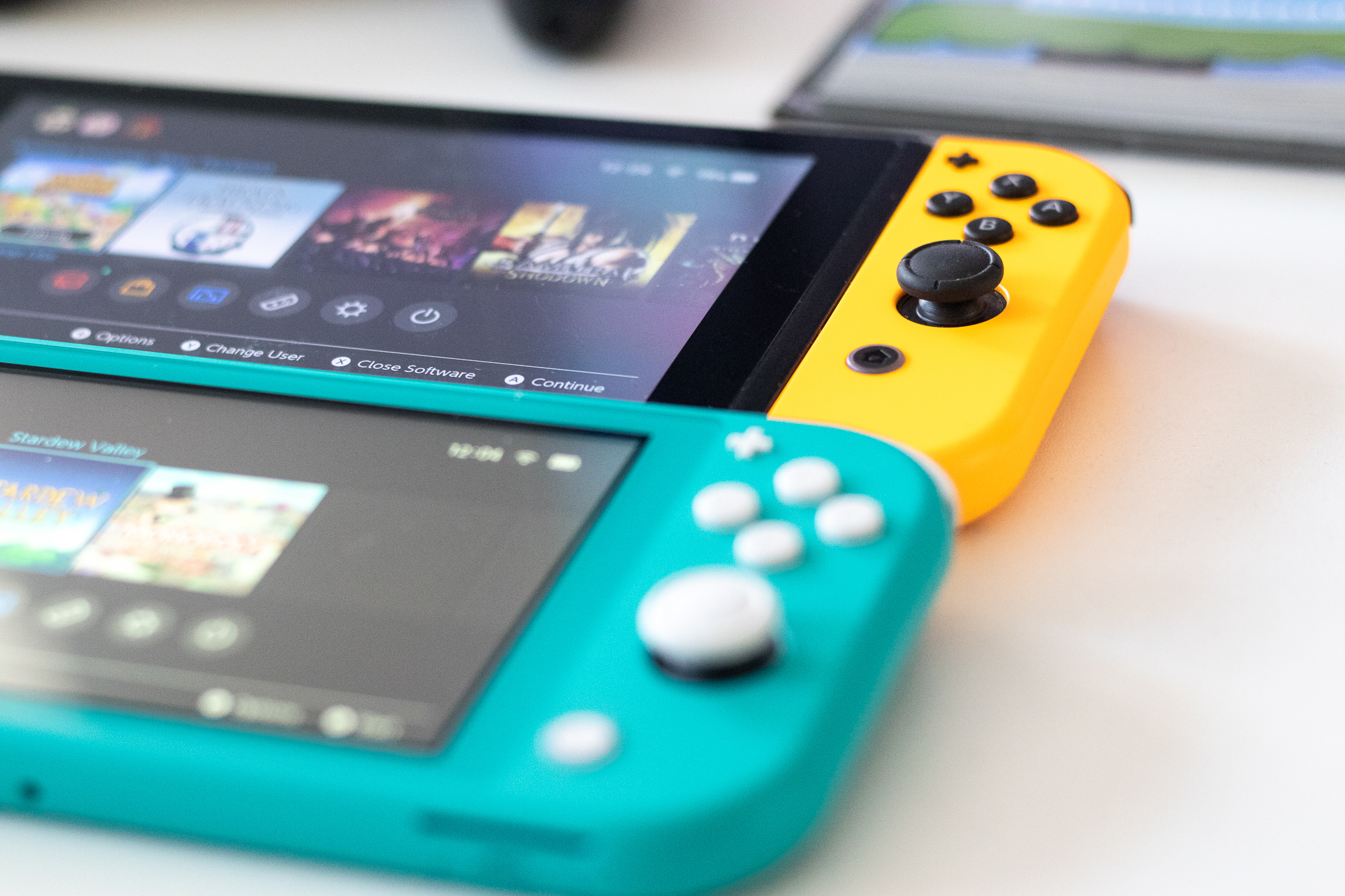 An extremely often overlooked difference between the v2 and Lite models is the placement and orientation of the speakers. The stationary Switch with a docking station has speakers embedded directly under the display. These face the player, which is the optimal, obvious and classic solution. In turn, if we look at the Lite model from the front, we will not find any speakers.

The speaker outputs in the smaller, cheaper Switch have been cut out at the bottom of the device. I am not a big fan of this decision. When I hold the handheld in my hands, my fingers quite often just wander around the speaker outlet. If my memory is correct, one of the PS Vita handheld versions had a similar problem. Perhaps if I had smaller, leaner hands, the problem would not occur. Unfortunately I do not have. 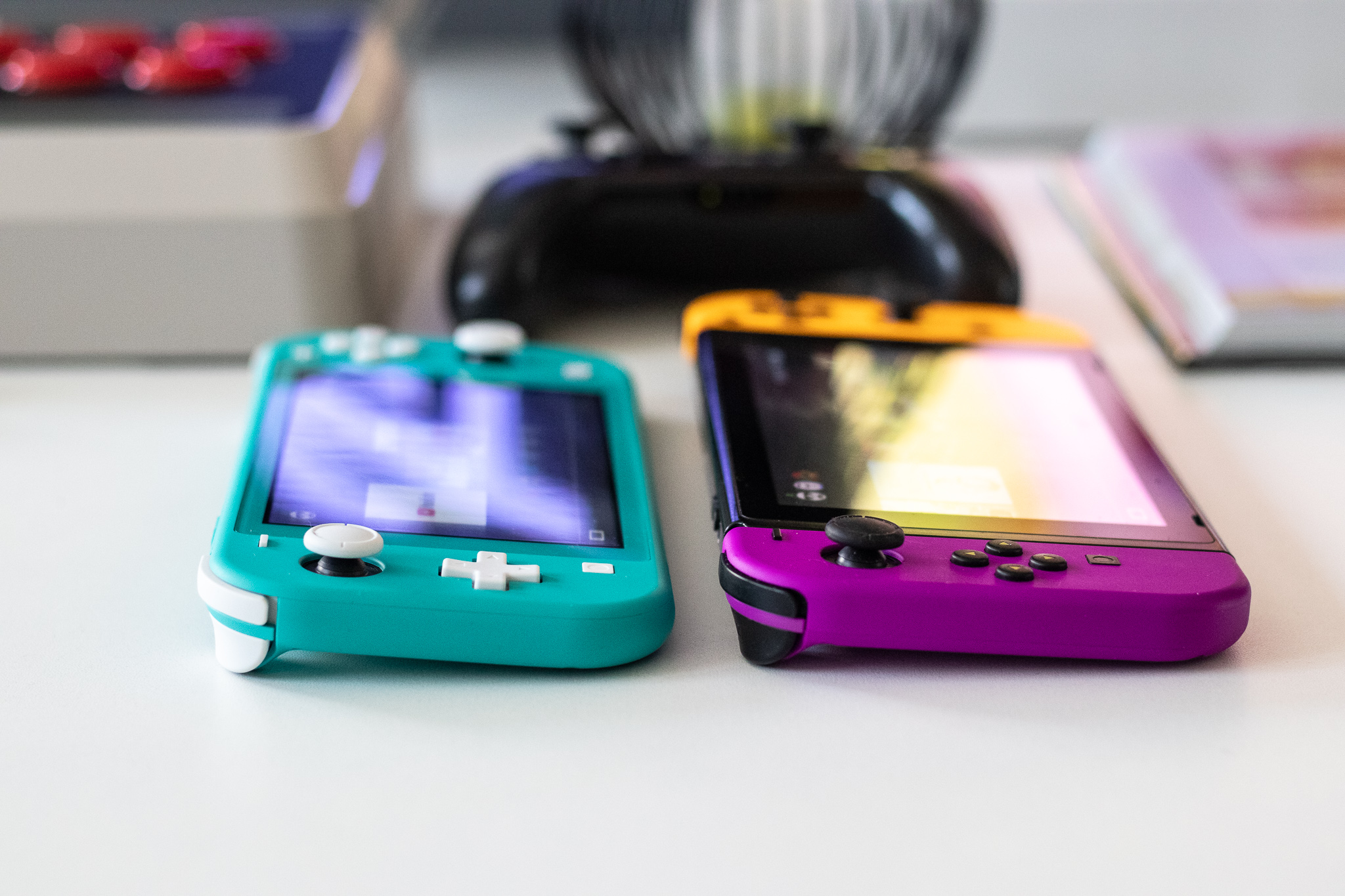 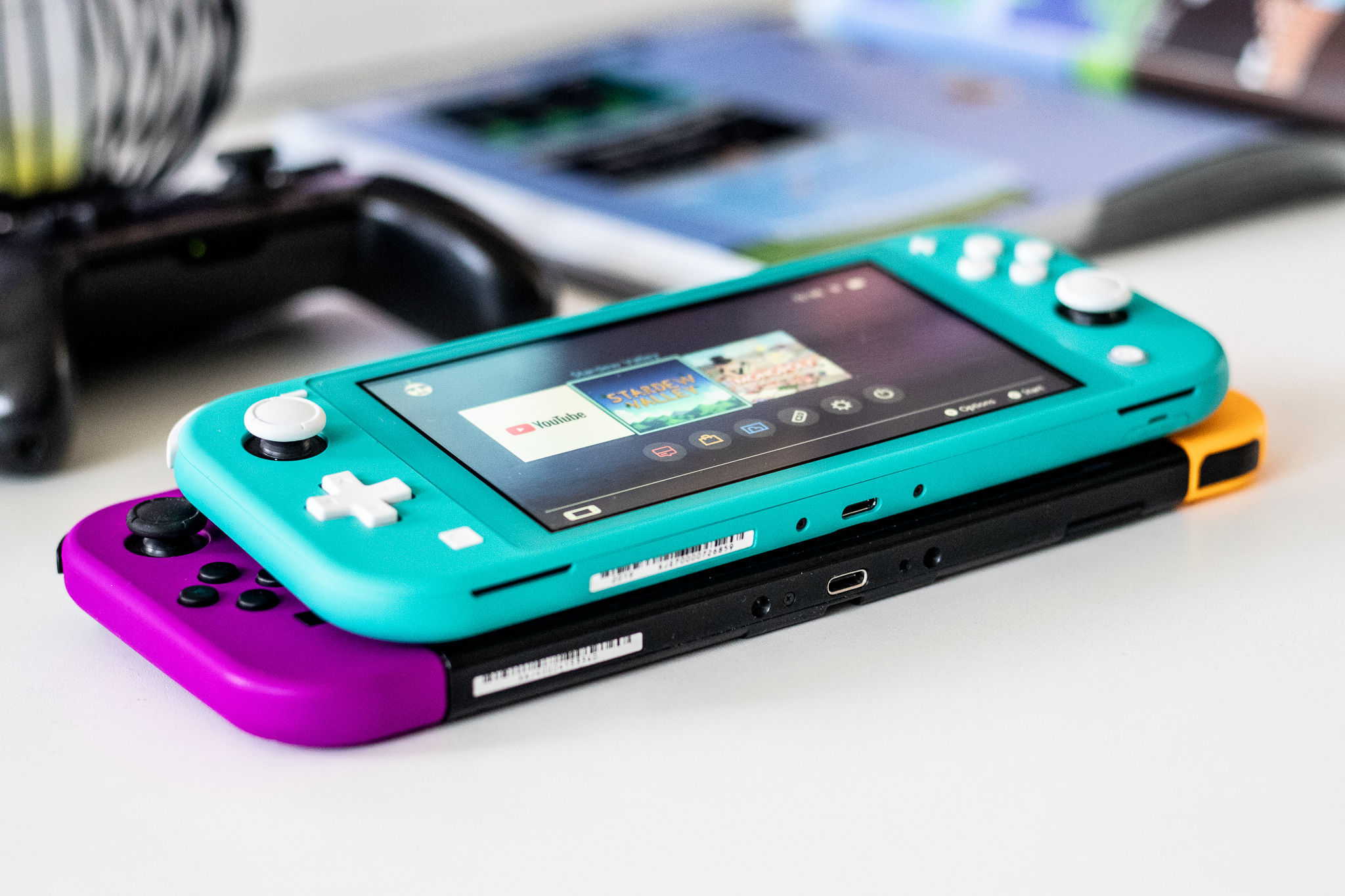 Finally, it is worth paying attention to the work culture. The transition to lower lithography (16 nm intentions 20 nm) translates not only into longer work on one battery charge. Nintendo Switch Lite generates less heat. Hence, the active cooling system works at a lower speed. The device is therefore quieter than the first version of the Switch, which appeared on the market in March 2017.

My well-worn 2017 Switch likes to hype while playing in handheld mode. The sound of the fan comes through the upper cooling grille and only the sounds of the game effectively drown it out. A few weeks ago I bought the Lite version, which is surprisingly quiet. Even when playing extensive productions in a three-dimensional environment.

Nintendo Switch Lite - it's worth, it's not worth it? 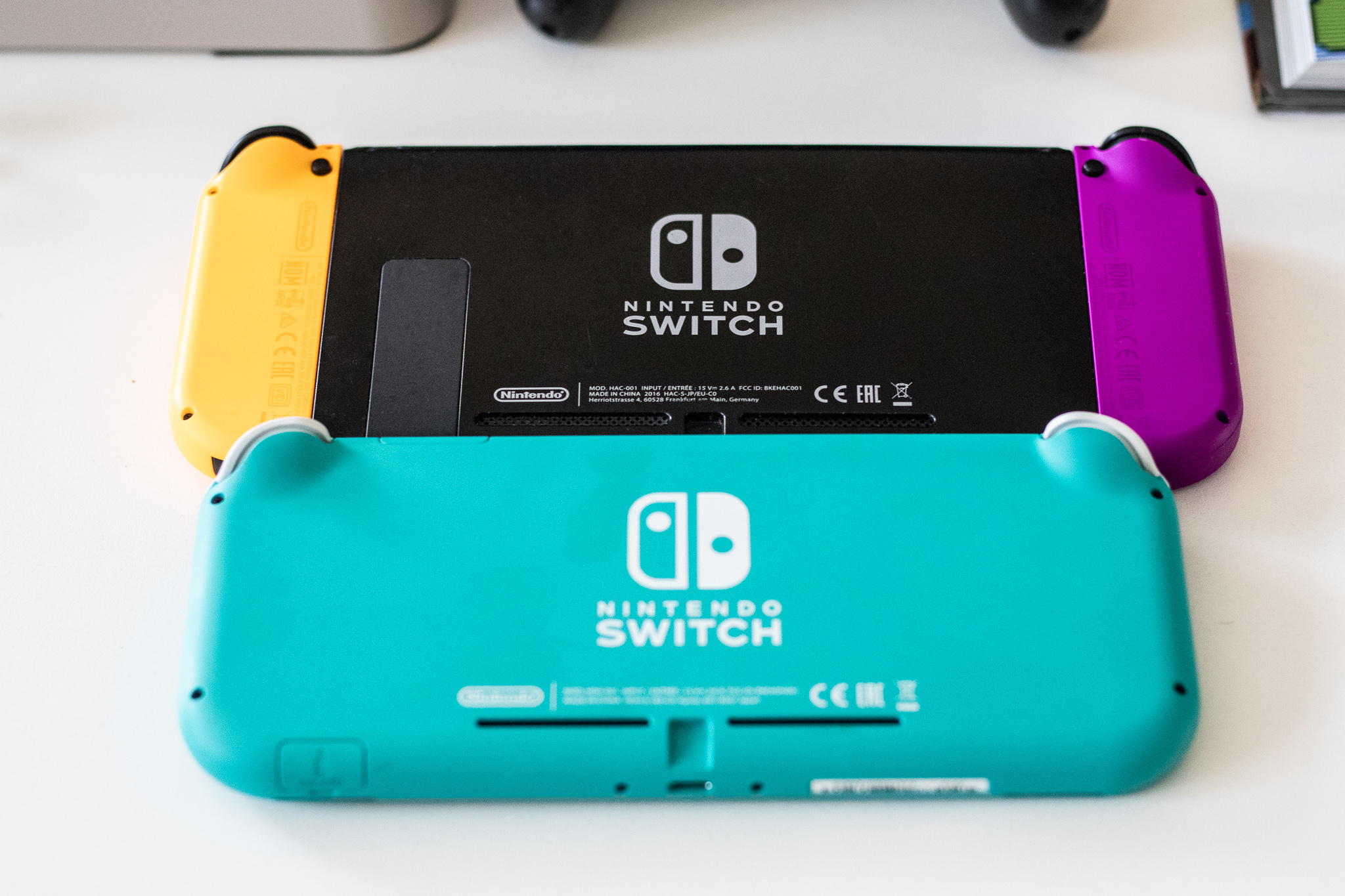 If we have a limited budget, saving PLN 500 is a very important premise. And yet in the case of Nintendo platforms, the most important was never the hardware itself, but video games. In turn, Nintendo Switch Lite is the cheapest key to a world filled with fantastic exclusive games. Mario Kart 8 Deluxe, Astral Chain, Super Mario Odyssey, The Legend of Zelda: Breath of the Wild, Super Mario Maker 2, Luigi's Mansion 3 or Fire Emblem: Three Houses - we don't need a more expensive version of the device to enjoy these items.

The possibility of connecting a more expensive Switch to the TV is very convenient. I play roughly 50/50 in stationary and portable mode. Therefore, I do not intend to promote the superiority of one platform over another. However, if you already have an Xbox or PlayStation connected to the TV in the living room, Lite will be a great addition and variety. You just have to remember that Lite is a much more personal console than the more expensive, more party-like counterpart. However, I smile under my breath, because in the current situation in the world we will not organize any house parties quickly.

The Nintendo Switch Lite console was lent to us for the purposes of preparing this publication by MatrixMedia.pl .