Stay at home, don t go to kiosks. WPROST will be online only from April 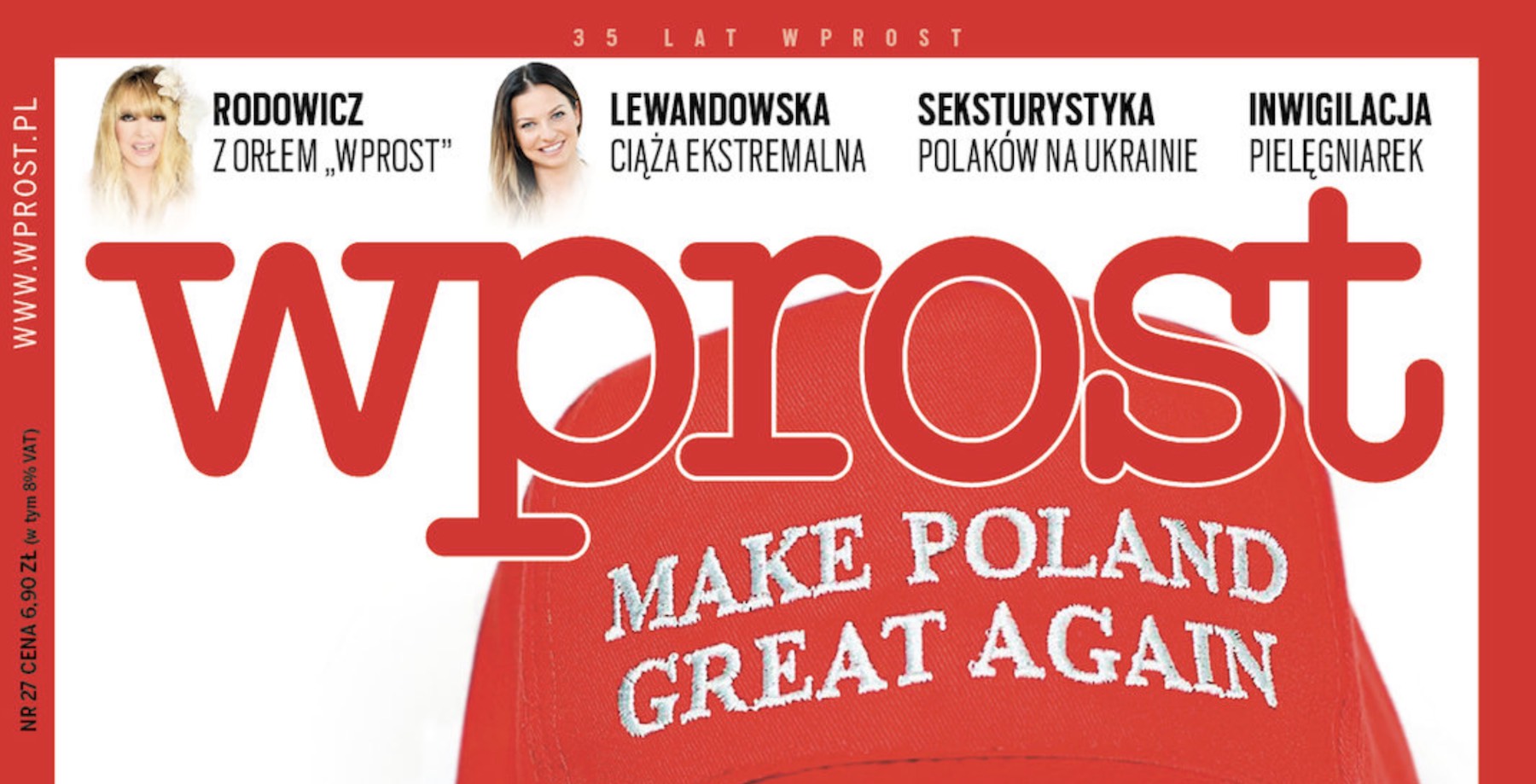 A long time ago I had such a stage, several years, that I devoured the weeklies in bulk - it was Newsweek, Wprost and I think Rz, and even things had their moments.

Currently, it doesn't make much sense, because the scale of politicizing these ruins ruins the pleasure of reading, and the level of online media has risen, in which not only mediaworking, but also journalism. I see it myself best as a co-owner and editor-in-chief of Bezprawnik (we just celebrated 3 million UU per month ), when the development of the website allows us to invest in better and better content and better authors.

Wprost is undoubtedly a legend on the Polish paper media market. Her birth in 1982 is enveloped in an aura of controversy, just like the existence at the beginning of the period of political changes and very close relations with Greater Poland. While this is my impression, in the 21st century the power of the title "Politics" is still greater, "Newsweek" is more recognizable, but "Wprost" had the opportunity to launch the biggest bombs on Poland in the journalistic debate. Even in the last few years.

I remember that it was Wprost who confronted a certain journalist from TVN24, who was the king of the media world at the time the topic was taken up. Today ... well. Let's say that the Wprost publication initiated a spiral of many events, as a result of which Ronaldinho caught in pictures from the Paraguayan prison is not the first name that comes to my mind if I wanted to argue some theses.

Above all, however, the last years of Wprost are the effective overthrow of the Civic Platform government. I am not sure if it is right. The "tape scandal" did not reveal too many crimes at the level of power (or at least nothing that I would be overly shocked by 2020), but in illegal recordings it revealed that politicians swear, drink vodka and eat octopus. Straight into the bizarre and ancient dance of the services he had his moment of glory, in my opinion changing the political situation in the country and geopolitical situation in Europe for years. I am not sure if we should be grateful for this, but in the category of "influential" media it can not be hidden that, for example, Gazeta Wyborcza falls out against this background with its scandals boiling down to Jaroslaw Kaczynski saying "I can't you". I don't value which scandals are more serious. He could sell his own.

Now Wprost will be a portal and an e-zine

After these last moments of media glory, Wprost returned to the traditional state of the weekly, which does not seem to be a more interesting choice than Newsweek or Sunday Guest. It is the latter - with sales of 107 thousand. copies - he was the leader in 2019. Newsweek had 73,000, Do Rzeczy 31,000, and Wprost poor 14,000.

From April, content under the Wprost brand will be published only in electronic form via the Wprost.pl website and in the form of changed e-editions. The latest edition of the paper version is scheduled for March 30, 2020. The decision was obviously accelerated by the coronavirus epidemic, although it seemed inevitable anyway.

Here, it should be honestly emphasized that the Wprost.pl website has recently seen a significant increase in viewership and is also, to my surprise, doing much better than its competitors. So it may be that rumors about the death of Wprost are completely exaggerated, while I myself am skeptical about the concept of e-magazine. Apparently, there will be some changes in the formula, probably in the form of a premium section on the popular website of the portal. Of course, these are only my guesses.

Stay at home, don't go to kiosks. WPROST will be online only from April
author xiaomist