Xiaomi Mi Mix 2020: this is the last patent registered by Xiaomi that could see the light this year

In search of the perfect smartphone, in the last year Xiaomi does not stop registering new patents with quite striking designs that allow us to see the company's vision of the future. Flexible screens, sliding systems or notch with unimaginable designs, are some of the patents registered by Xiaomi that probably never see the light.

Even so, the design of a supposed Xiaomi Mi Mix 2020 with a double screen is gaining strength in the networks as a possible candidate for the new Mi Mix generation. And this time, Xiaomi surprises us again with a new smartphone patent that shows us a terminal almost without frames, which also integrates in its back a small secondary screen .

Xiaomi Mi Mix 2020: without a selfie camera but with two screens

As we can see under these lines, Xiaomi has registered a new smartphone patent that shows us a terminal, in its front, very similar to the Xiaomi Mi Mix 3 that we all know. An almost frameless design and an absence of a selfie camera that make it a true " all screen ". 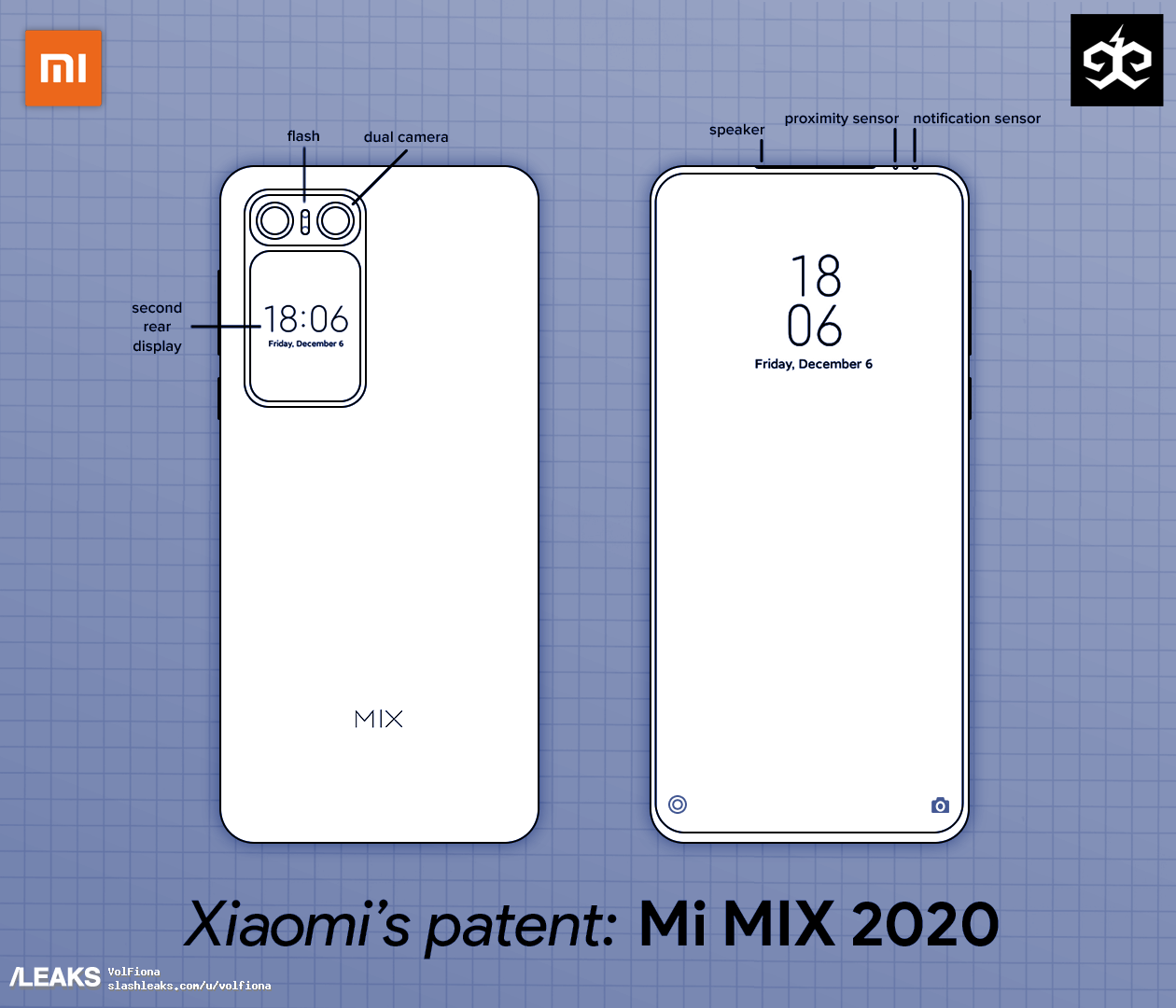 The peculiar thing comes in its back, and is that unlike the Xiaomi Mi Mix 3 that has a sliding system, this supposed Mi Mix 2020 incorporates a small secondary screen next to a double camera.

You can also read : Xiaomi registers a new patent of the Xiaomi Mi Mix Fold in the purest Huawei Mate X style

This, in addition to allowing us to view the time, battery status or some notifications, allowed us to visualize when using the main camera as a selfie camera . This solves the problem of how to locate a selfie camera on the front of the terminal that until now has only evolved to the perforated cameras on the screen (Xiaomi Mi 10 and Mi Mi 10 Pro).

Undoubtedly, a first and foremost curious design but that in the same way is still a patent that could lead to a new Xiaomi Mi Mix that we would see throughout this year or hopefully not, a striking design that would stay in the I forget.