MacBook Pro 16 is overheating. The solution to the problem moved me to 2008.

MacBook Pro 16 has problems with overheating. It is not a matter of one copy, it is not the fault of bad handling of the equipment - it simply is. Fortunately, these problems can be solved, but ... probably not the way users count.

I must admit that as the owner of the latest Apple laptop I climbed to the heights of frustration. Although it is a phenomenal laptop, using it as a desktop is not so much uncomfortable as it is impractical.

The machine after connecting an external monitor immediately begins to slow down. Moments later, the fans turn on, working with such power and intensity that in comparison desktop computers seem to be religious after the vow of silence. Intensive cooling only partially solves the problem of the heating graphics system - prolonged work under heavy load with a high-resolution monitor connected is simply too demanding for the MacBook Pro 16.

At first I thought it might be an individual issue. Maybe I got a damaged copy? Maybe you need to connect the MacBook Pro 16 to the monitor with an adapter directly from Apple, not a Thunderbolt 3 docking station, like plebs? Maybe you need to buy a monitor from Apple and the problems will disappear? Unfortunately, the thing is not so simple. 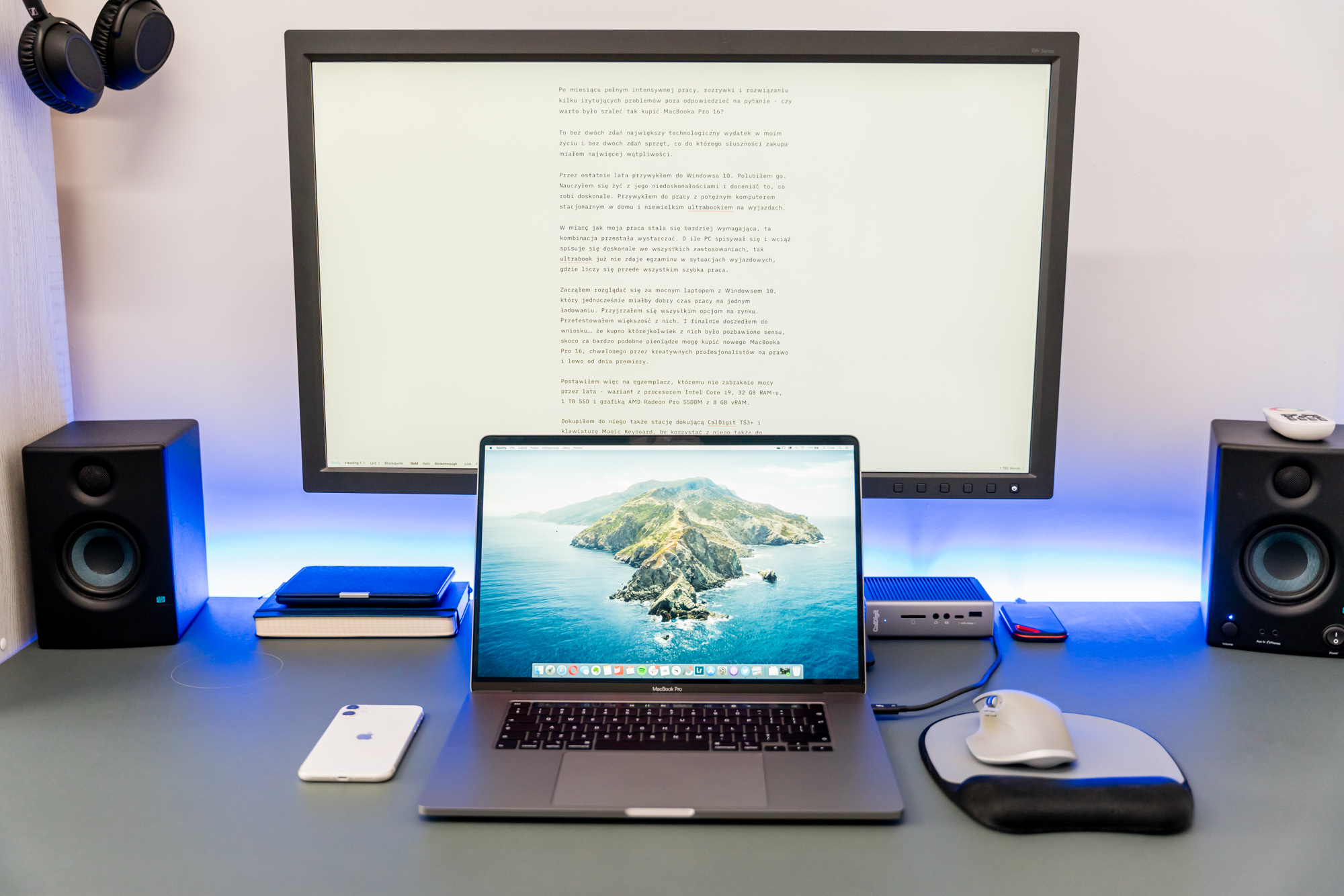 However, it turns out that the problem is quite common.

Both Reddit and Apple's help forum are full of threads about the MacBook Pro 16 overheating. As it turns out, the machine overheats not only when connecting a 4K monitor. It seems that despite the redesign of the cooling system, the physics remain unwavering and such powerful components in such a slim housing simply can't be cooled properly.

And certainly you can not reach the state of zen, which are known for smaller MacBooki Pro - efficient work with simultaneous silence and reasonable temperatures of components.

Anticipating the comments titled "Works for me" - if so, you can only enjoy. This means that you probably do not burden the graphics of the MacBook Pro 16 in a way that could affect its work culture.

However, the experience of dozens of buyers (including my own) confirms that the problem with the work culture of the MacBook Pro 16 is real and severe. 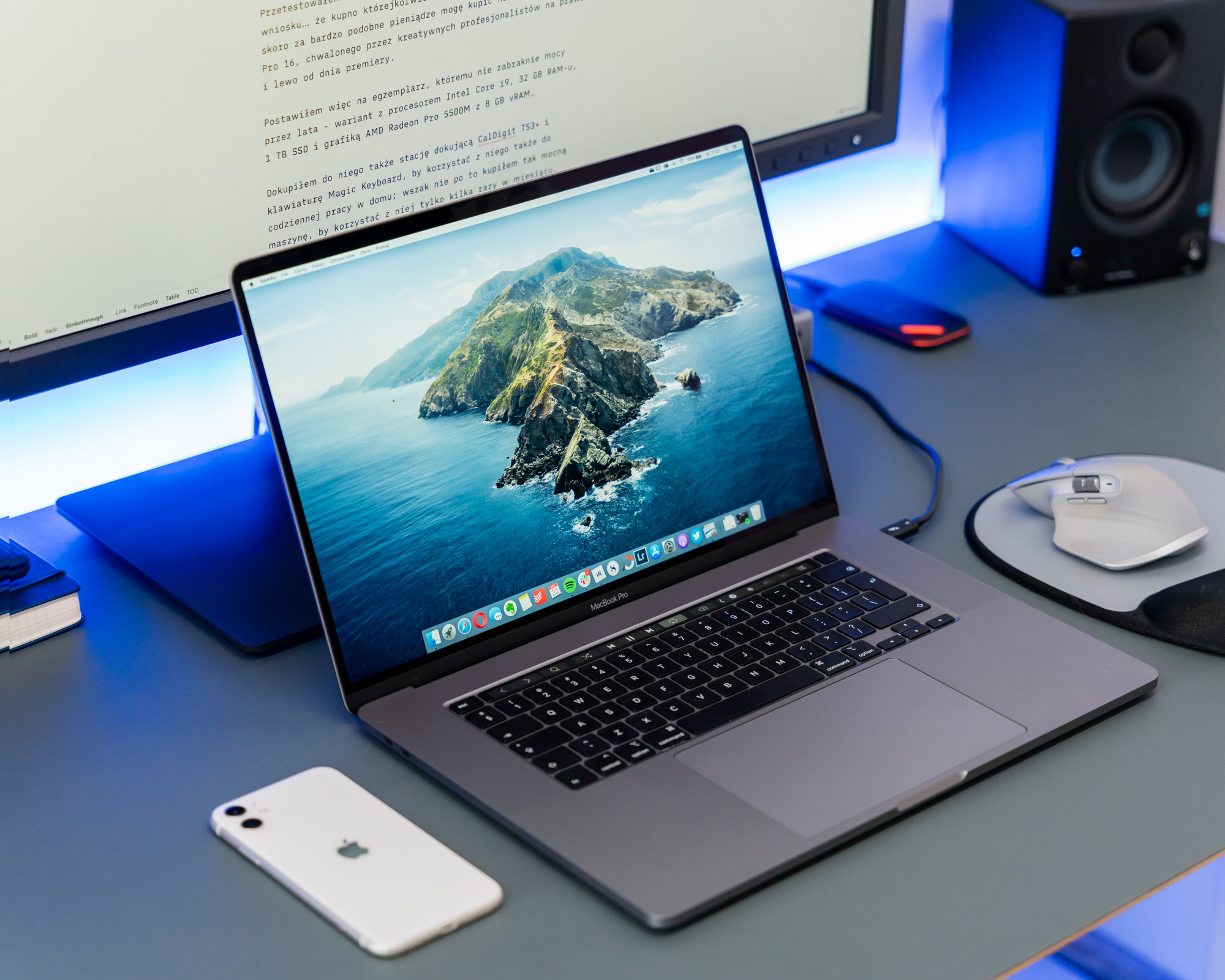 When the MacBook Pro 16 works alone, the fans default to 10% power. However, you only need to connect the Apple Pro Display XDR or other high-resolution monitor and the work of windmills immediately starts at 100 percent.

Even without a monitor connected, the MacBook Pro 16 very quickly reaches alarmingly high temperatures regardless of the CPU selected; both Core i7 and Core i9 heats up. This is because of the way Intel Turbo Boost technology works, increasing the CPU clock speed when needed.

It turns out that when Turbo Boost starts, the processor temperature immediately reaches 95 degrees Celsius, while at rest it does not exceed 65 degrees. The video attached below shows a comparison revealing that the new MacBook Pro 16 with an Intel Core i9 processor heats up much faster than the 2018 model with the same processor and (theoretically) inferior cooling.

MacBook Pro 16 is overheating - can anything be done about it?

The growing number of cases suggests that Apple will eventually see the problem and fix it, just as it did after the introduction of the Intel Core i9 processor in the 2018 MacBook Pro 15.

For now, however, users have to do it alone. How? This question is answered by Max Yuryev's video from the Max Tech channel (which I recommend, by the way, because it is one of the best new channels about new technologies on YouTube, right after Spider's Web TV 😉)

Max and his brother Vadim have been testing the MacBook Pro 16 since its release, and like me, they encountered problems with the device's work culture.

For those who waste time watching, I throw tl; dw. If your MacBook Pro 16 is overheating, you can follow these steps:

Max Yuryev has shown that the combination of these three solutions is an effective way to deal with the problem of overheating.

However, it cannot be denied that each of the solutions means a compromise. 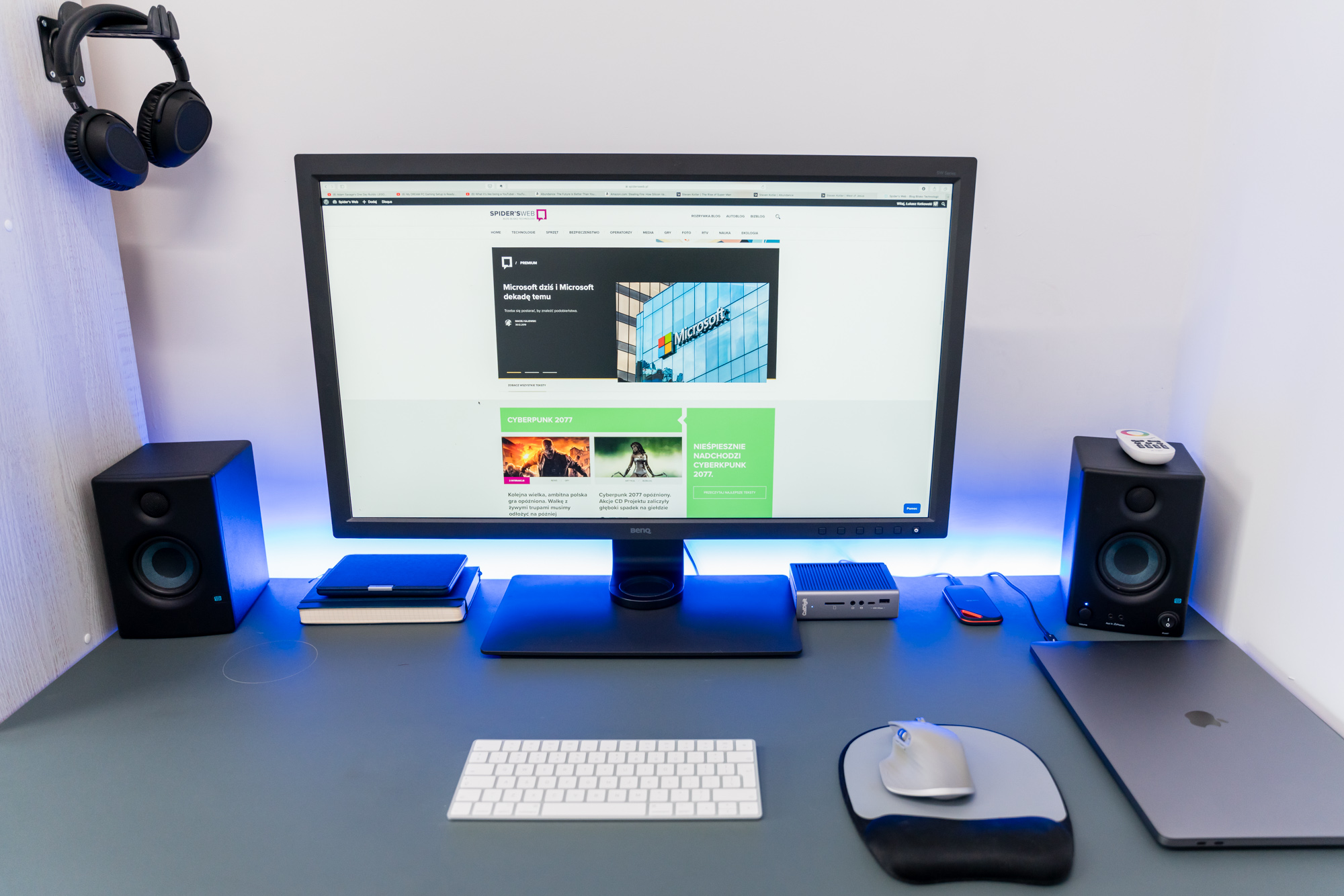 Creating your own fan profile is a common practice in desktop computers to find the right balance between cooling performance and work culture. In a laptop, however, independent play with windmills can even result in damage to the equipment, because, unlike the PC, we cannot regulate the windmills at individual components. In the MacBook Pro, two fans are responsible for cooling all components - both the processor and graphics, as well as minor components.

Restricting airflow, contrary to the design of the device, may result in thermal restrictions that will affect e.g. SSD or network card performance (with which the MacBook Pro 16 already has a problem - after heating up there are problems with Bluetooth connectivity).

Manual control of Turbo Boost takes me to 2008 and the old gaming laptop, where the only way to influence the processor clock frequency and graphics behavior was to switch modes with the physical button.

However, technology has moved forward and from this we have Turbo Boost solutions to let the computer recognize the moments when it needs higher computing power. And certainly it should do it without complaint and without affecting the culture of working at a computer, which costs several thousand zlotys.

EGPU is the best way to overheat your MacBook Pro 16.

At least in theory and at least when we want to use it as a desktop.

Transferring the burden of driving an external monitor to the eGPU relieves the built-in graphics. As a result, cooling the MacBook Pro 16 does not have to work so intensively, which translates into quiet operation and generally a higher culture of this work.

Dedicated eGPU is a solution that I would think hard about if it wasn't for two problems. 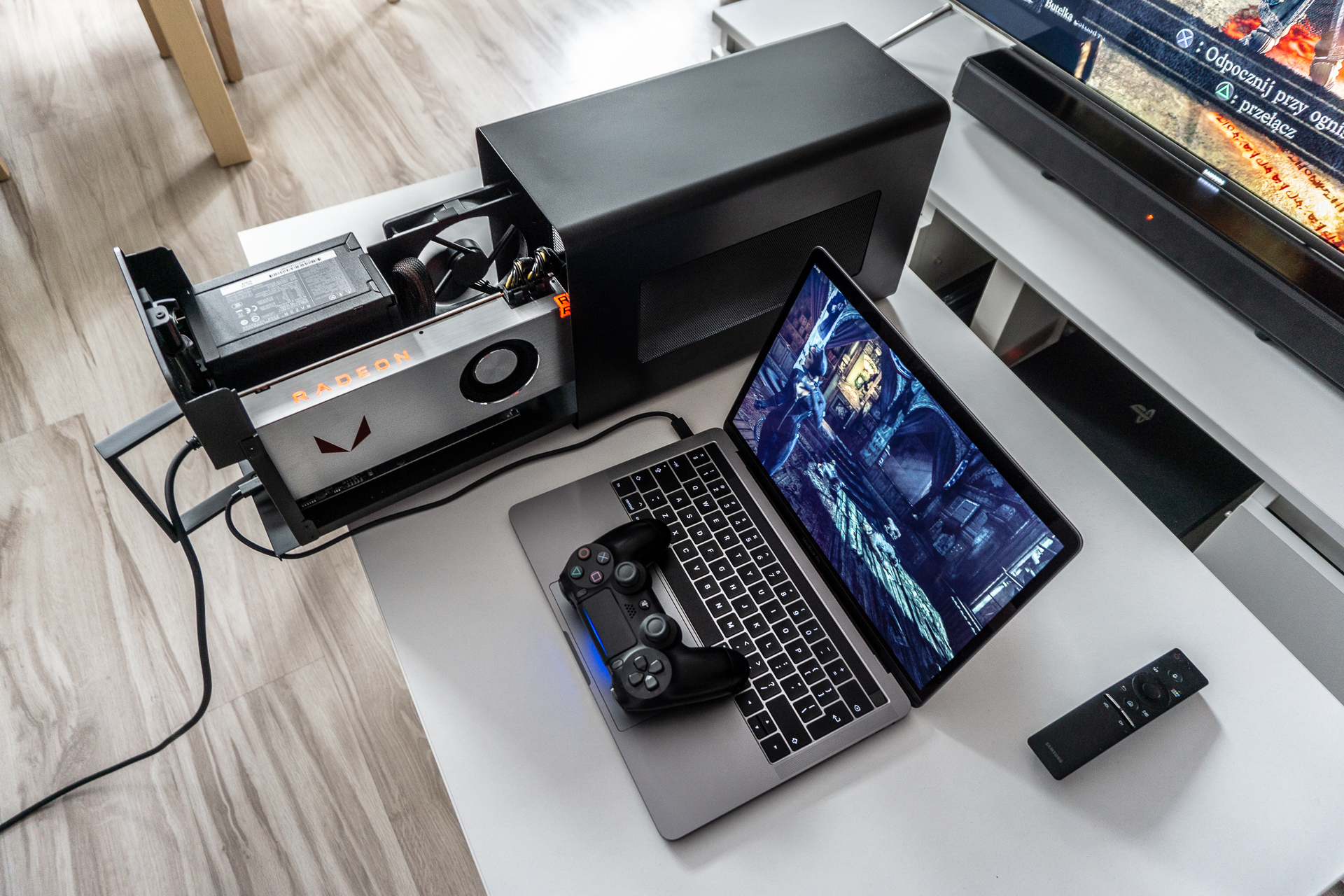 The first is of course the price. A decent housing for eGPU is a price of 1400-1500 PLN, to which we must add the cost of the graphics card. Unfortunately, cards from Nvidia are not an option due to Apple's whims - macOS Catalina gained support for Green cards only 2 months after the premiere, and users still report that eGPU with Nvidia inside are unstable.

This means at least PLN 2,600 spent on an additional device, which, in addition to solving the problem of overheating ... does not help much.

And this is the second problem - as you can see in the video below, adding external graphics makes sense only in games or work with three-dimensional graphics.

Few, however, play the MacBook, because there are few games that can be played on the MacBook. I also don't do 3D graphics myself. Personally, I am much more interested in the potential power increase in photo and video processing, and this one is ... none.

When processing photos, even after upgrading Lightroom and Photoshop for GPU acceleration, dedicated eGPU does nothing.

In the case of video processing, eGPU not only does not help, but even slows down the whole process, because Apple designed his laptop so that video decoding takes place through the T2 chip, even when we use Metal acceleration for the graphics card. This means that the MacBook signal must travel twice the distance between the monitor and the graphics chip and the T2 chip, and as a result, video processing takes longer than it would last in the MacBook Pro 16 without the help of eGPU.

If you just put your hand to the forehead in disbelief - you are not alone. I wonder myself, how a computer of this caliber, so refined in strictly mobile use, was so sloppy designed in stationary applications . 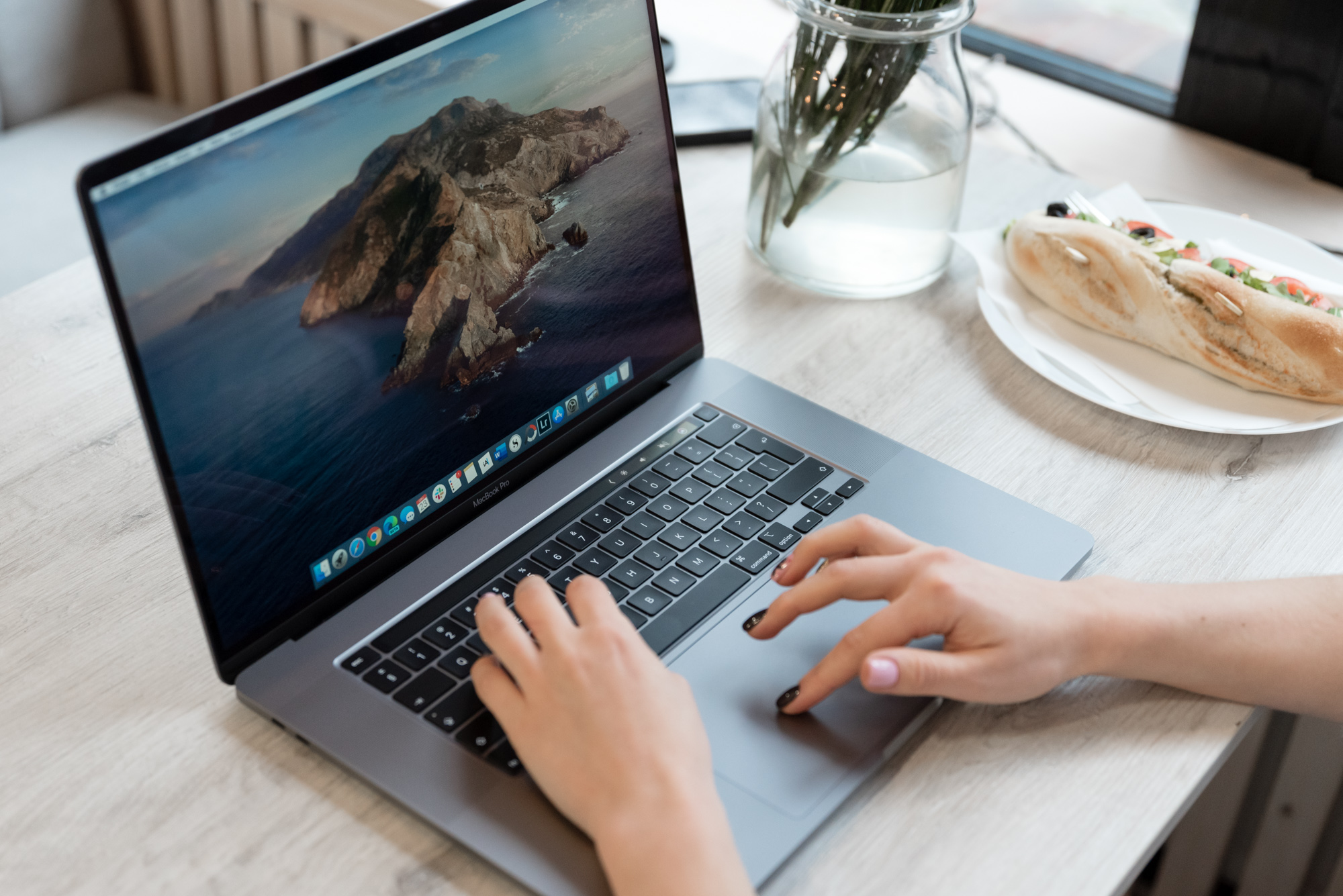 It remains to be hoped that Apple will fix problems with the MacBook Pro 16 .

At the moment we have only two solutions: go back in the comfort of using a computer for a decade, or spend a lot of money on compromise eGPU.

For me, none of these solutions is an option and it is absolutely unacceptable that consumers, spending several thousand zlotys on a laptop, have to resort to such walkthroughs.

I hope that consumer comments will reach Apple as soon as possible, and this one will provide a firmware update that will manipulate the laptop's cooling system, improving its work culture, as it did in 2018.

As far as I'm concerned, my desktop machine remains a desktop PC. And until Apple solves the overheating problems of the MacBook Pro 16, my new expensive home laptop will probably remain the most expensive Netflix viewing machine in the world.

MacBook Pro 16 is overheating. The solution to the problem moved me to 2008.
author xiaomist