Over the last months we have been advancing the new advances and functionalities that Xoaomi has been integrating in the Chinese ROM of MIUI 11 . Most of these have not yet reached the Global / European ROM, although it is expected to be in the coming weeks or months when we see them on our Xiaomi smartphones.

Thanks to the official Xiaomi community, Mi Community , below we bring you a review with the last 8 most interesting features that Xiaomi has recently added to MIUI 11 and that will undoubtedly make our smartphone a more complete and functional device.

Xiaomi has renewed part of the icons of the MIUI 11 status bar. Among them we can find a new battery icon , as well as a renewed notice that will inform us in a more visual way that the battery of our device is about to run out. 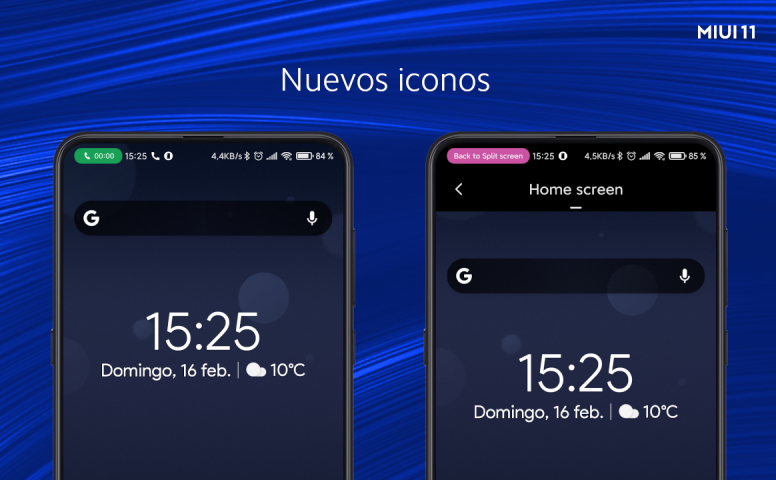 In addition, in a way very similar to what we can find in iOS, if we leave an ongoing call, a new green button will appear in the top status bar. From this we can see the total time of the call and if we click on it we will access it again. 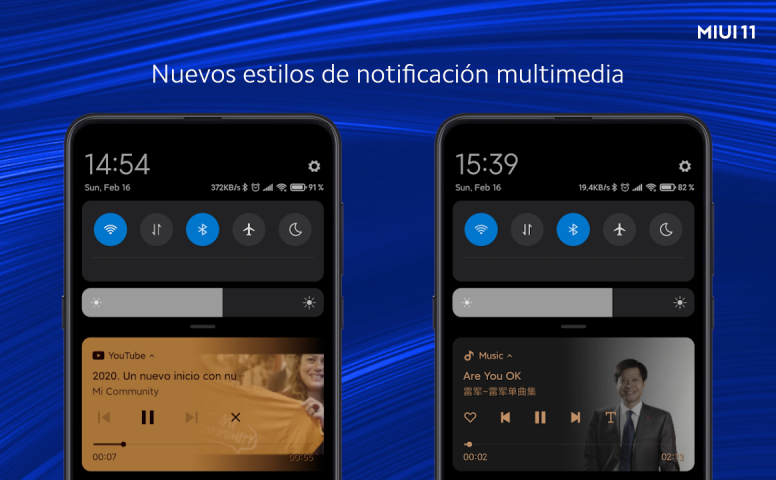 This new functionality, which was originally exclusive to Android 10, allows us to have greater control of our multimedia notifications .

If we play a song from My Music, YouTube or some other streaming platform such as Spotify, a shader will be added with the cover of the song in question and a new control to shift its progress. 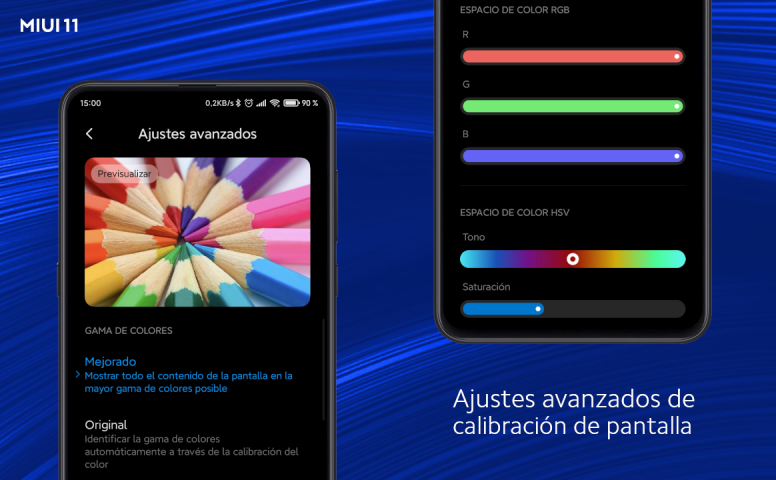 This new feature not yet functionally available in MIUI 11 and discovered by XDA-Developers allows us to have greater control of the color , tone , brightness , saturation and other screen settings of our smartphone. 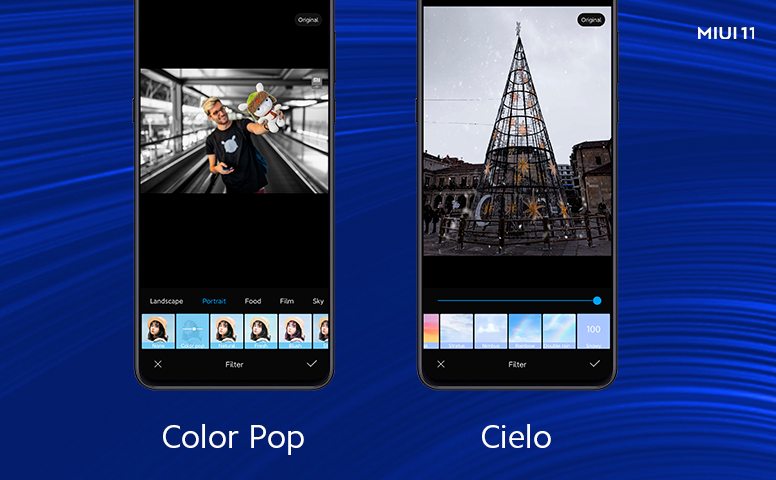 The MIUI 11 Native Gallery has been renovated. Now it includes not only a new interface but also a recycle bin without the need to synchronize our My Cloud account.

In addition, the " Color Pop " functionality or filter has been integrated, this allows us to turn the background of our photographs in black and white, co-locking the main character in color. In addition, new filters have also been added that will allow us to modify the sky of our photographs.

5. More settings and customization of Always On Display mode

As we have already told you on several occasions, Always On Display will become much more customizable . And, after the last update we can add a large number of effects, text and other clock icons.

6. More security on our smartphone

« Behavior Records » is a new function for MIUI 11 that allows us to have a greater control of the applications, informing in detail, of any permission obtained by each one of them. 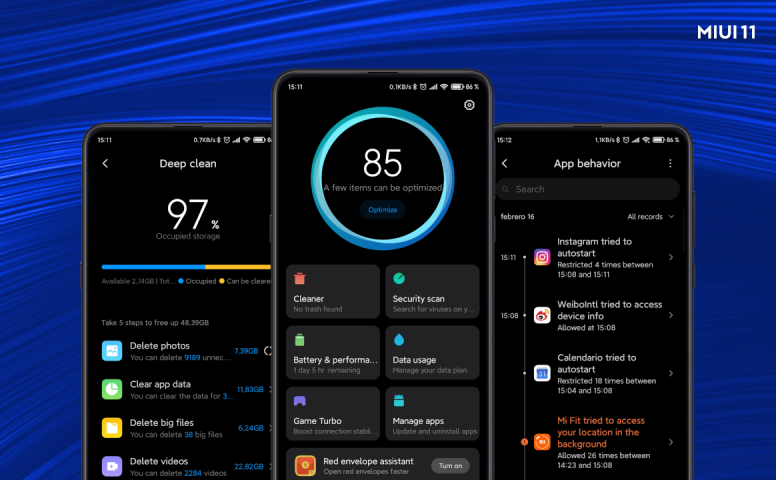 With this new functionality Xiaomi seeks to let its users know if they are really granting more permissions than necessary to a given application . And it is that thanks to this new option within MIUI, we will know if we are granting too sensitive or dangerous permissions in order to maintain our privacy. 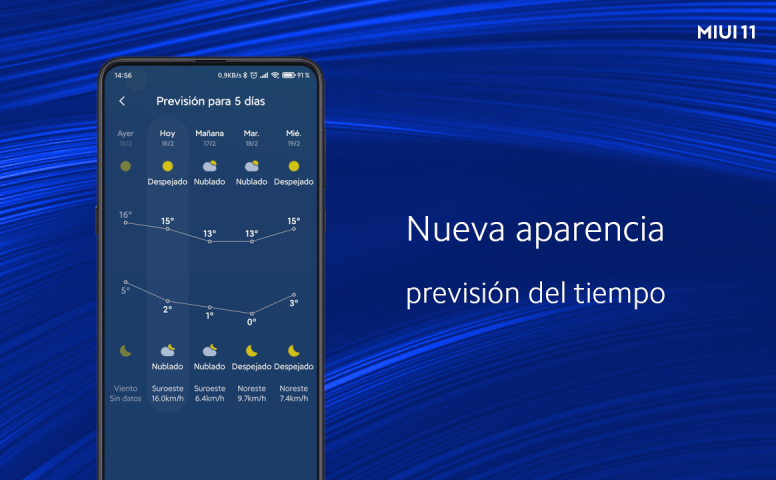 The Xiaomi Time application has also been renewed. Now it shows us in a more simple and intuitive way the weather forecast for the next few days. 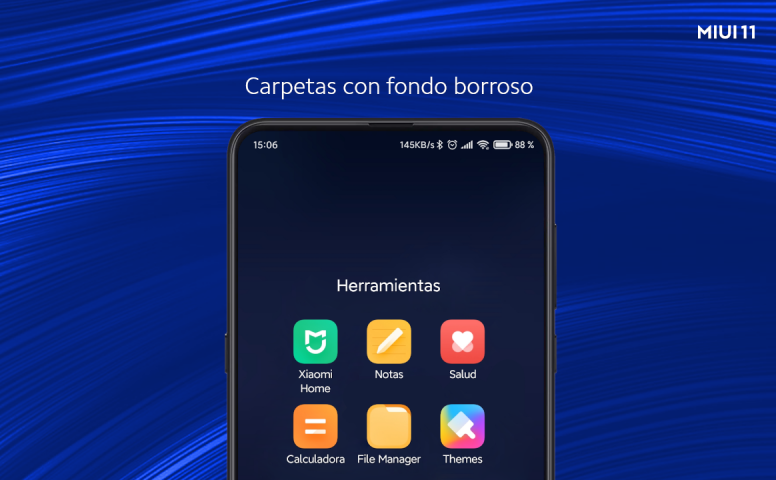 New features of MIUI 11 that we will see shortly in the Global version. Xiaomi Addicted News

MIUI Launcher application launcher has also undergone several changes. Now, the folders show a blurred background allowing you to see more clearly the name of the applications stored inside.

In addition, new gestures have also been added for the transition between applications:

For now, as we said, it is not known exactly when these new features will arrive to the Global version of MIUI 11. Still it is expected that it will be in the coming weeks or at most throughout the first or second quarter of the year when they appear in our smartphone

Highlight the great work done by the users of Mi Community , not only collecting all these news, but also adding various graphics with its explanation. You can access the thread from this link .