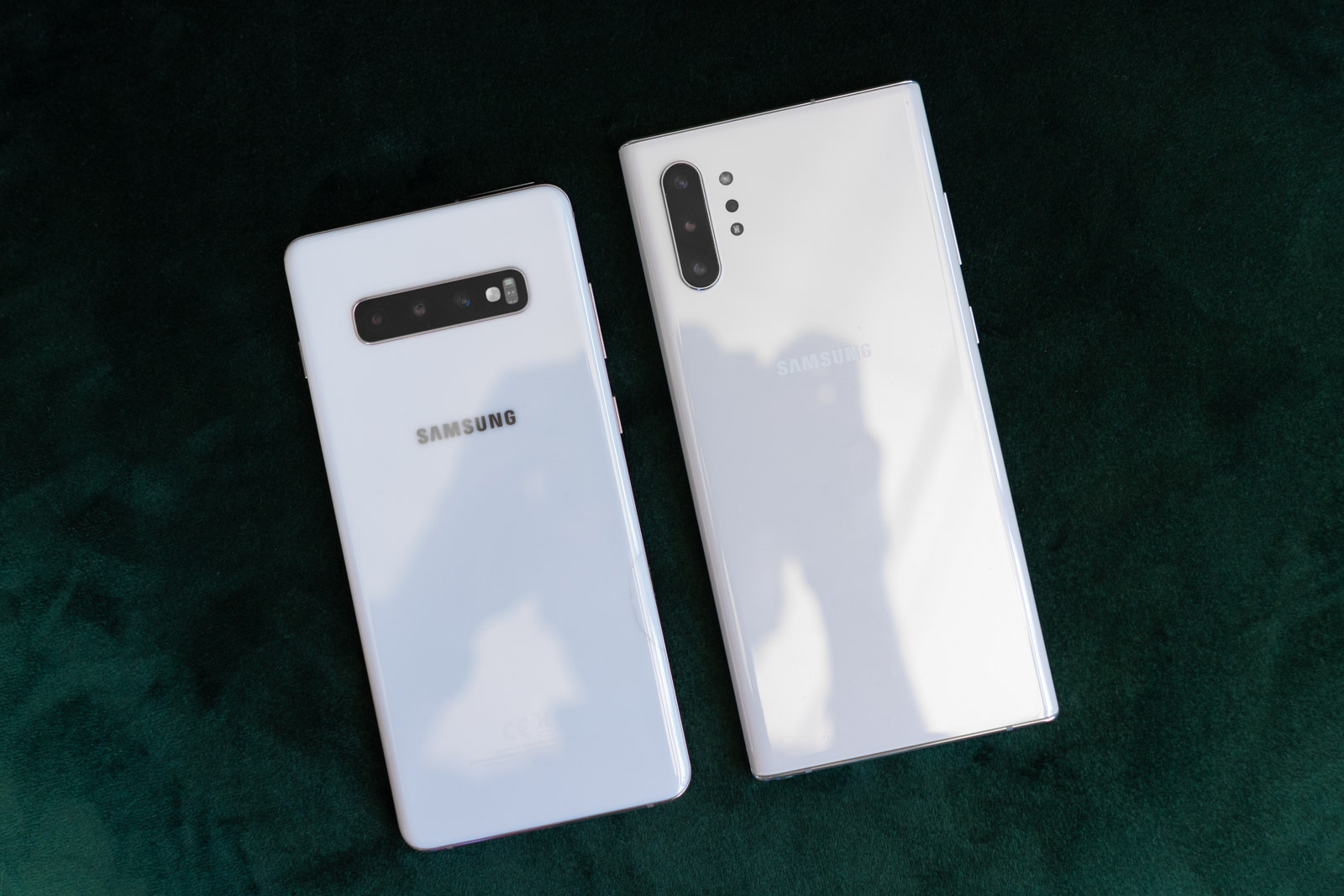 For several years, the line between the Note business series and the consumer S series has been gradually blurred. Never before, however, both series have not been so close together and probably never has been so difficult to choose between one and the other.

Let's start from the visual side. Both the smaller Note 10 and larger Note 10+ amount to the design of modern Samsung devices one mesh higher than the Galaxy S10. Literally an eye, because the indentation on the front camera was moved to the center of the upper part of the display, which looks a lot better both than the round indentation in the small Galaxy S10 and the oval in the Galaxy S10 + .

The frames were also slimmed down, although I don't know if it is an advantage - it was already difficult to handle the dozen comfortably with one hand due to these curves and the lack of frames, let alone Note 10, which is not enough that it is angular at the edges, it is also has grown a little bit compared to Samsung's consumer series of smartphones. 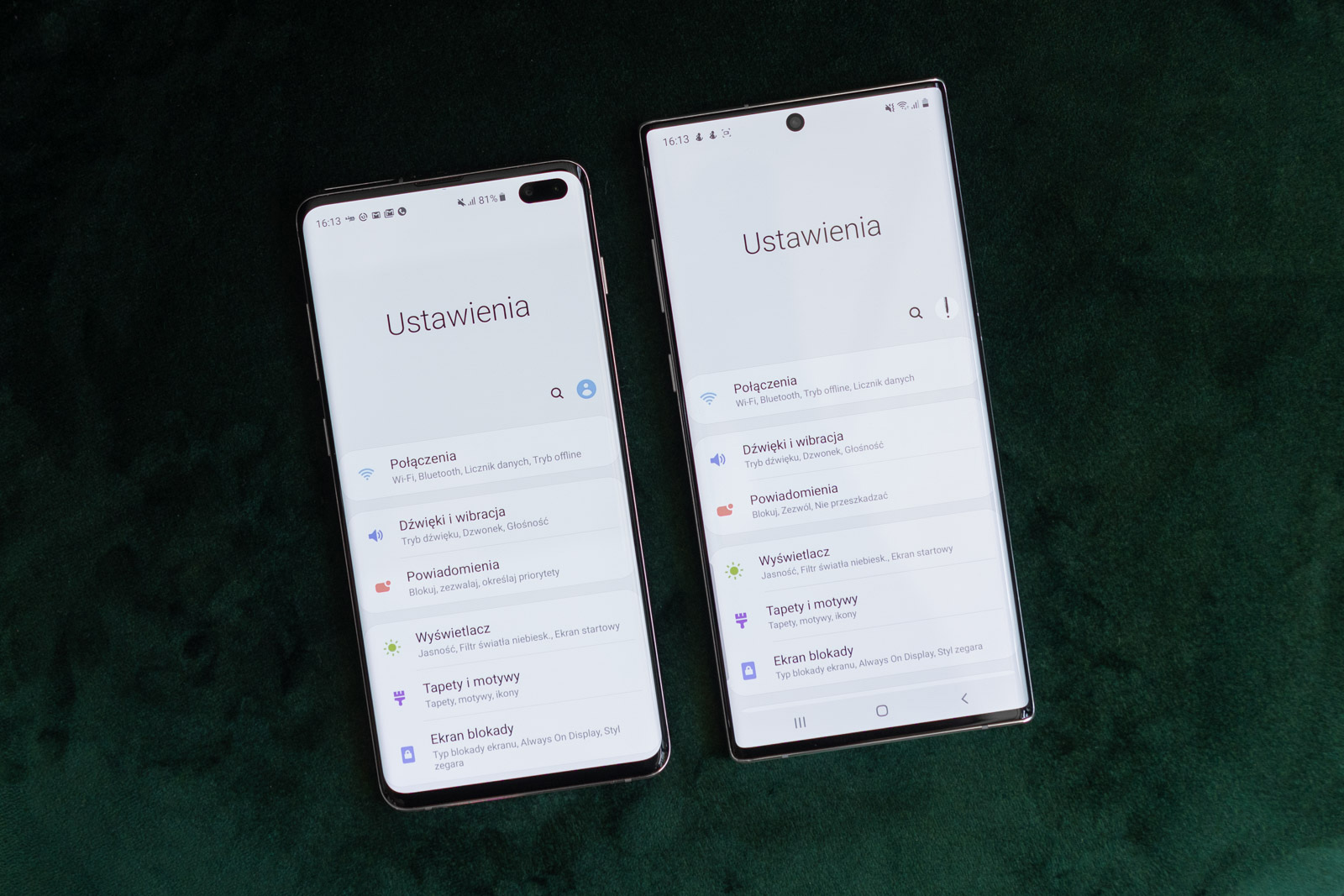 The smaller Galaxy Note 10 has a 6.3 "screen, which is de facto smaller than the Galaxy S10 +. The larger Note 10+, however, has a screen size of up to 6.8 "and as you can see in the photos, it is comically even large. When planning its purchase, it is better to include it in the budget right away an elegant leather shoulder bag, because no one can easily fit it in your pocket.

In my opinion, Note 10 looks much nicer than the Galaxy S10. Not only in the front, where the slightly angular design gives it a more "formal" character, but also in the back, where the vertical arrangement of the cameras looks much more elegant than the horizontal bar in the tens.

Both Note and Galaxy S meet the IP68 water and dust resistance standard, but Galaxy S10 + is not available in a unique version Aura Glow, shimmering with all the colors of the rainbow or in a shade of pink. Here's the point for Note 10. 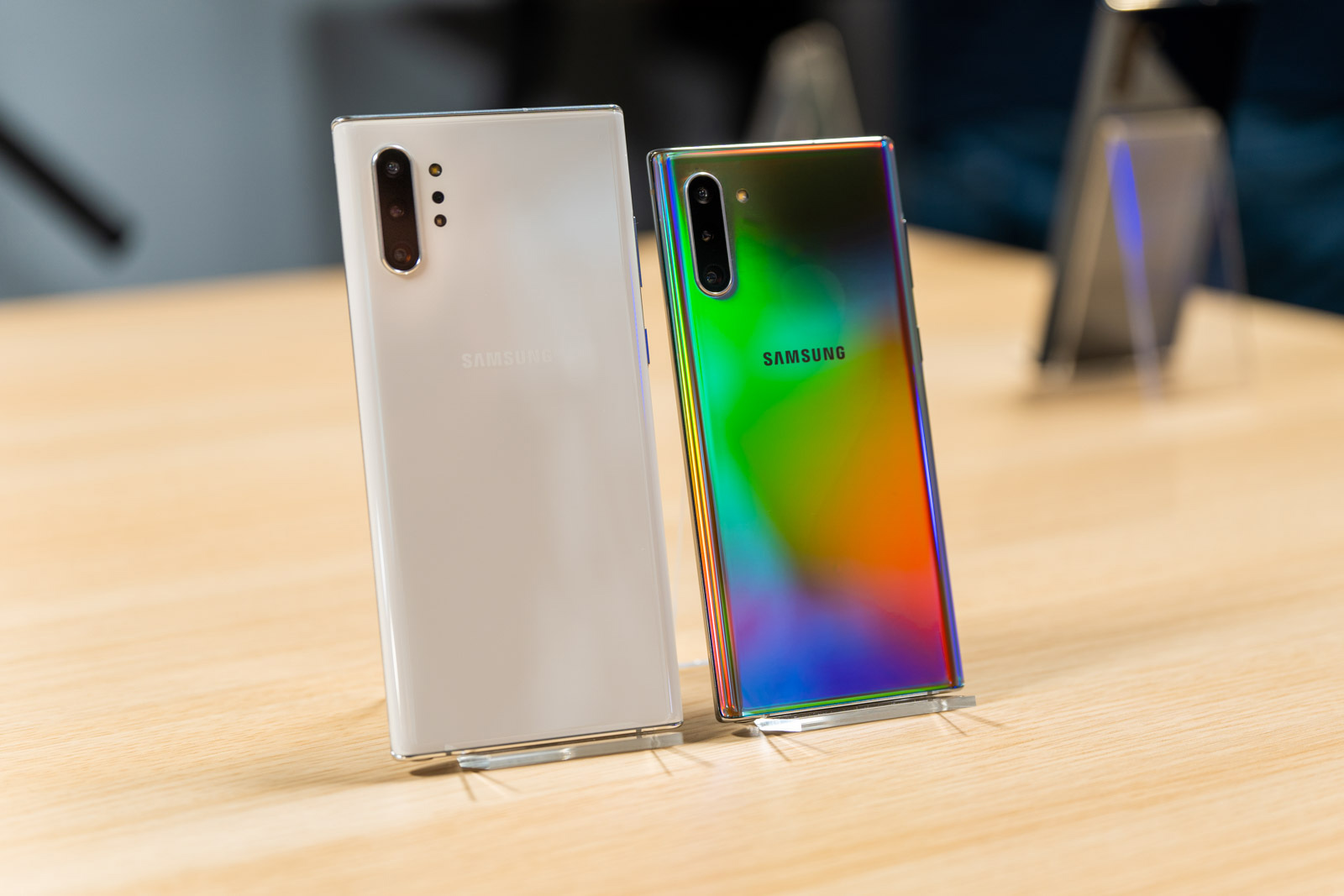 When it comes to specifications, the grandmother bode, because it depends on what aspects we compare and which Variant of Note 10 we are talking about.

How does Note 10 compare against this background? 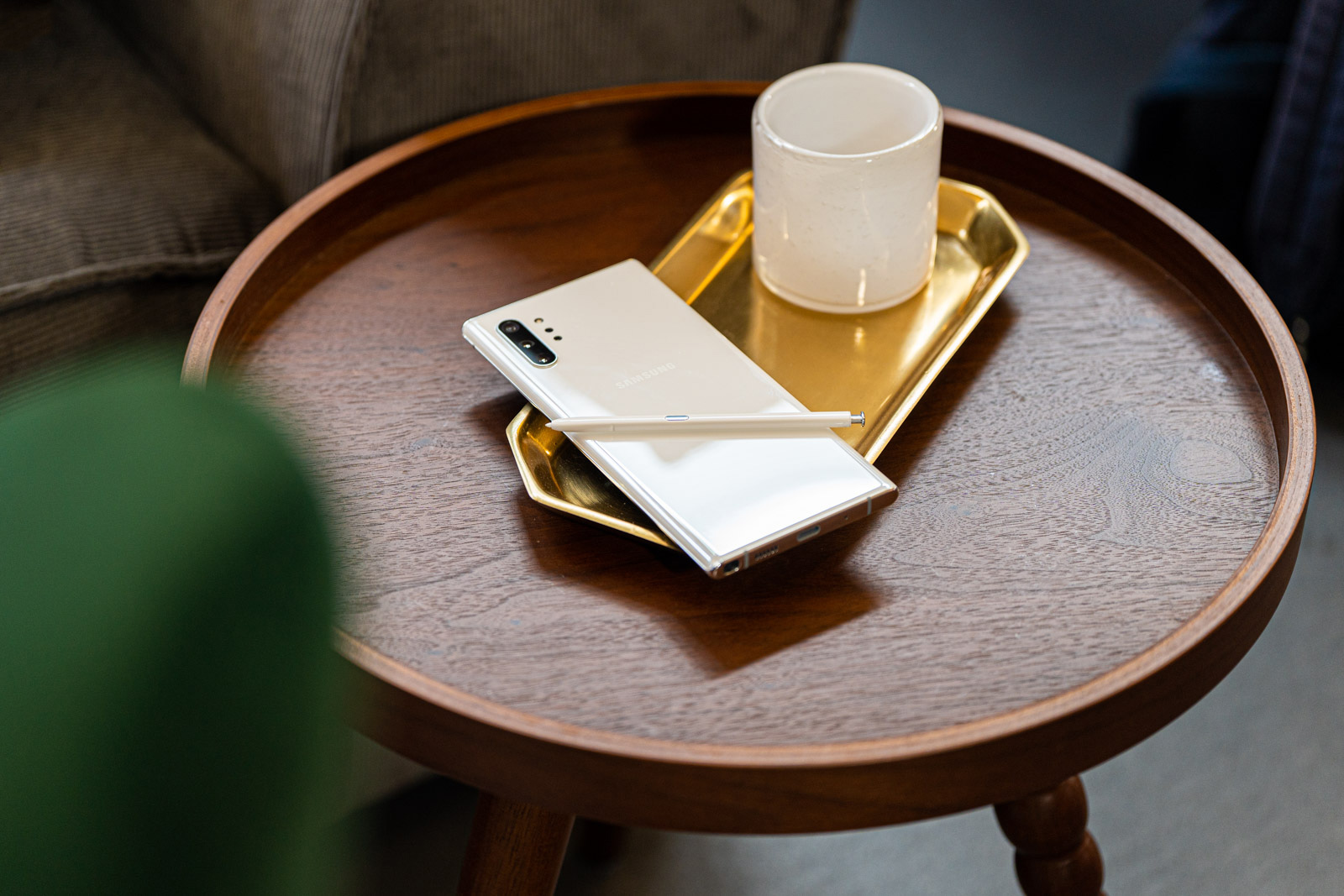 Well it depends. The smaller version on paper looks ... not very impressive. Processor, RAM and memory are good: we have a new Exynos 9825 chip, 8 GB of RAM and 256 GB of data memory. The screen and battery issue looks much weaker: the 6.3 "panel has a resolution of only 2280 x 1080 px, which will definitely be useful in terms of energy efficiency, because the battery has a capacity of only 3500 mAh. Little.

None of the Notes has a headphone jack, which can hurt a lot of people. The lack of the Bixby button, which Samsung finally decided to get rid of, can be nice.

Note 10 is also a bit more "future-proof" thanks to the use of a new processor that supports the latest Wi-Fi 6 standard. However, we won't soon be using this standard in our homes, so I don't think it could be a decisive factor when making a purchasing decision. However, a super-fast wired charging with 45W power can decide. Note 10 just like the Galaxy S10 + can also be charged wirelessly and share electricity with others thanks to the reverse charging function.

It is a shame that Samsung has not decided to use a higher refresh rate in the displays of new Notes. It is still the same 60 Hz as for SGS10 +.

In practice: probably none. 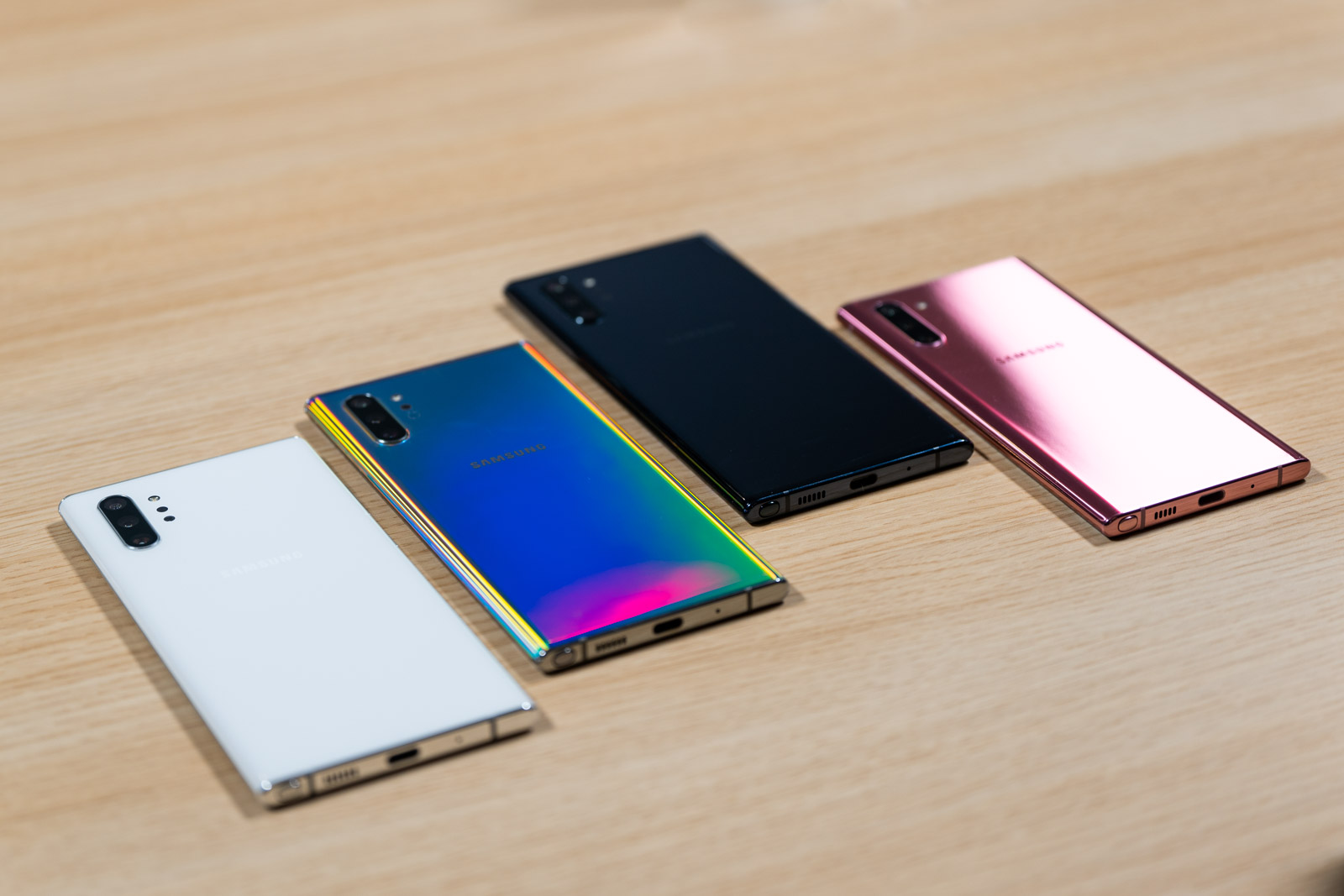 The Samsung Galaxy Note 10 has an almost identical camera layout to the Samsung Galaxy S10. So here we have three sensors on the back: 12 + 16 + 12 Mpix and one 10-megapixel sensor on the front. In the larger Note 10+, a depth sensor joined the series of rear cameras, which will be used to artificially blur the background.

Samsung boasts of many improvements on the software side, especially during video recording: improved stabilization, sound zoom with image zoom, screen recording or recording both screen and camera image. These are all nice additions, but will they make the Note 10 camera better than the Galaxy S10 +? I do not think so.

The biggest difference, of course, is the S-Pen. In the new generation of Note, it can do more than ever thanks to the introduction of gestures that can be used not only in Samsung applications, but in any application for which the developer decides to implement them.

The S-Pen stylus still remains the most important distinguishing feature for which consumers choose the Note series over the S series.

Galaxy Note 10 also introduces a completely new way of working in DeX mode, which in the end can make the "desktop" connection of a smartphone make more sense. Note 10 can be connected not only to the monitor, keyboard and mouse to use it as a desktop computer. Now we can also connect it to an existing Mac / PC and use it in a separate screen, conveniently transfer files between the computer's operating system and a smartphone, and simply use two machines at once. 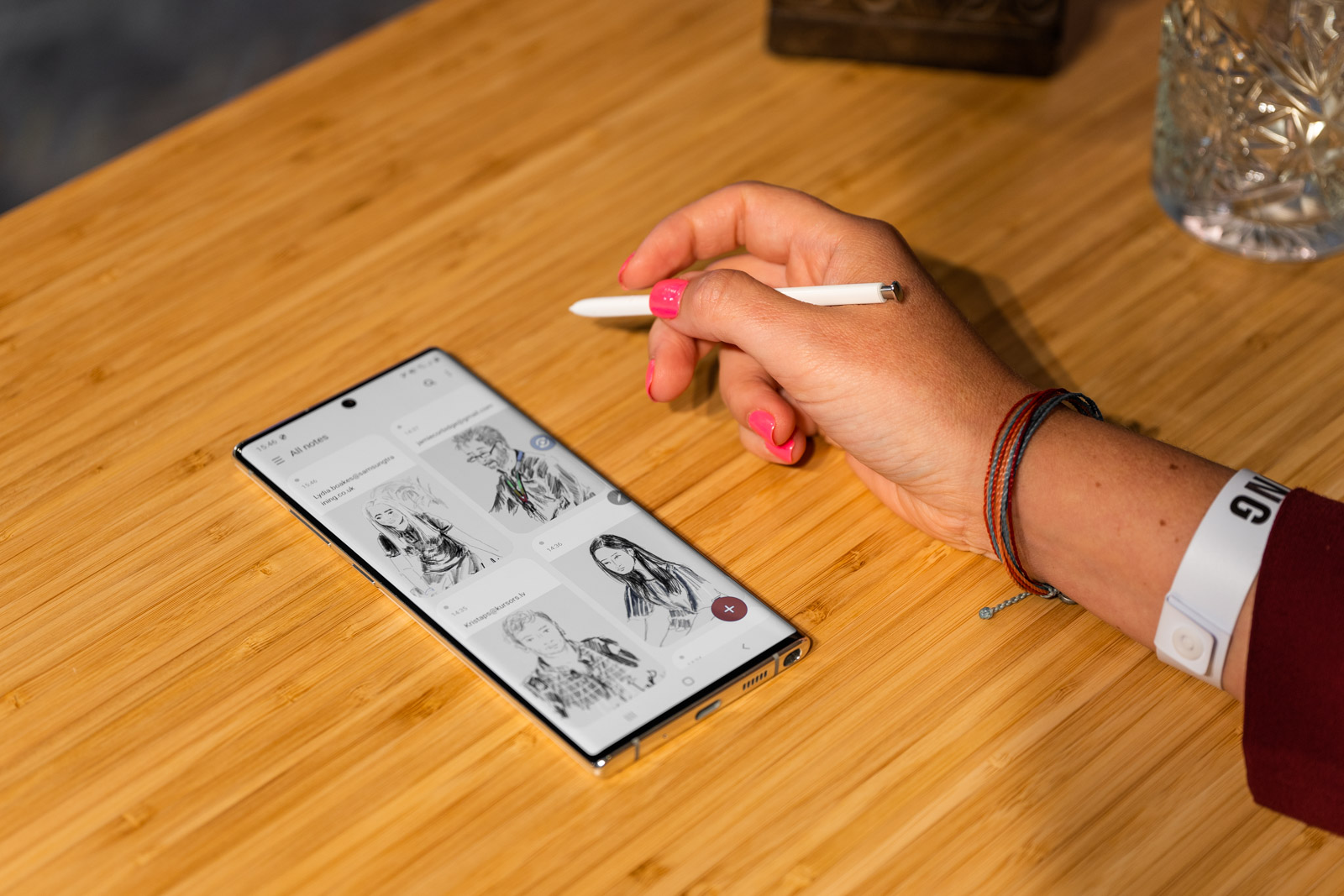 An interesting feature is also the native implementation of the function of connecting the phone with Windows 10. To achieve this, it was necessary to use the Microsoft launcher, and in Note 10 it will be possible to do so by touching the appropriate option in the notification bar. Like a trifle, but in a smartphone focused on business use it can turn out to be a very often used and extremely useful function.

Not counting the headphone jack, which the new Note doesn't have, the Samsung Galaxy Note 10 can do everything that the Galaxy S10 + could do and more. Meanwhile, the Galaxy S10 + has no unique feature that would be missing in Note 10. Well, unless someone cares about the Bixby button very much, then the Galaxy S10 + is the best choice.

Let's start with the price. The small Galaxy Note 10 costs PLN 4,149 in presale, which makes it a little cheaper than the base version SGS10 +, which offers less space for data at the start.

Galaxy S10 + starts from PLN 4,399, but its price will probably soon fall to an even more acceptable level, probably below PLN 4,000, so as not to cannibalize the sale of the small Note 10.

So I dare say that for the vast majority of consumers Galaxy S10 + will be the best choice. Similarly, Samsung thinks, calling the Note 10 a smartphone for the most loyal group of consumers, especially business customers.

However, if someone is thinking about buying Note 10, then despite the gargantuan size, I would bet on buying a larger variant. If we are to choose a better phone, let it actually be better and have more of everything. Small Note 10 instead of Galaxy S10 + will be worth choosing only if we really need the S-Pen or really want to use the new video features that the Galaxy S10 + does not have.

Otherwise, the scale of the profitability of the purchase looks like this: Galaxy Note 10 <Galaxy S10 + <Galaxy Note 10+.