You can easily launch an old game or browser in text mode. FreeDOS is 25 years old and still alive 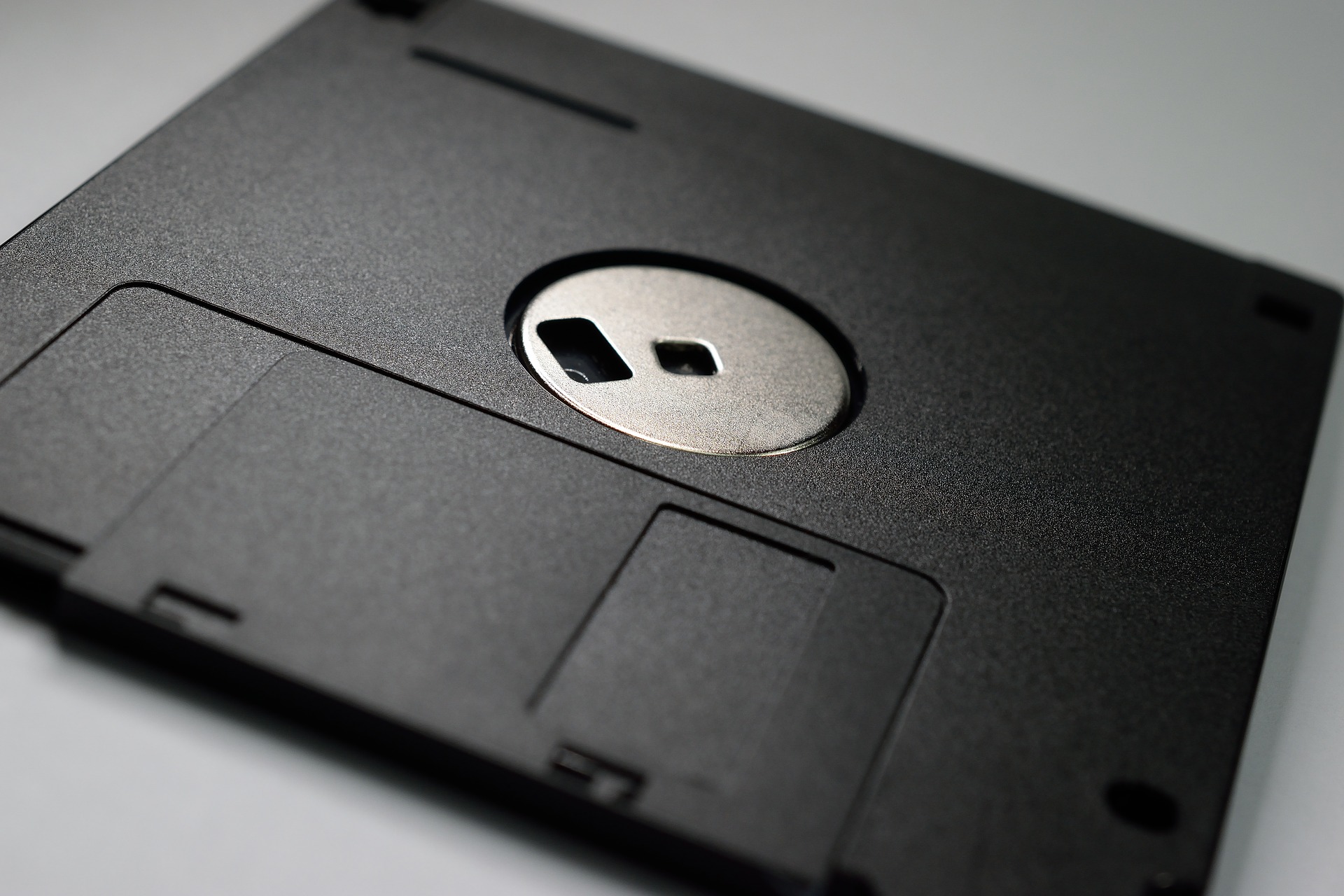 On June 29, 1994, James Hall wrote on the usenet group comp.os.msdos.apps announcement of his new project. The project was called PD-DOS, and under the name FreeDOS is run by him until today.

Hall's concept was to create a runtime environment for the DOS application, however free and open source. Hence the name: PD-DOS is Public Domain DOS, or DOS in the public domain. 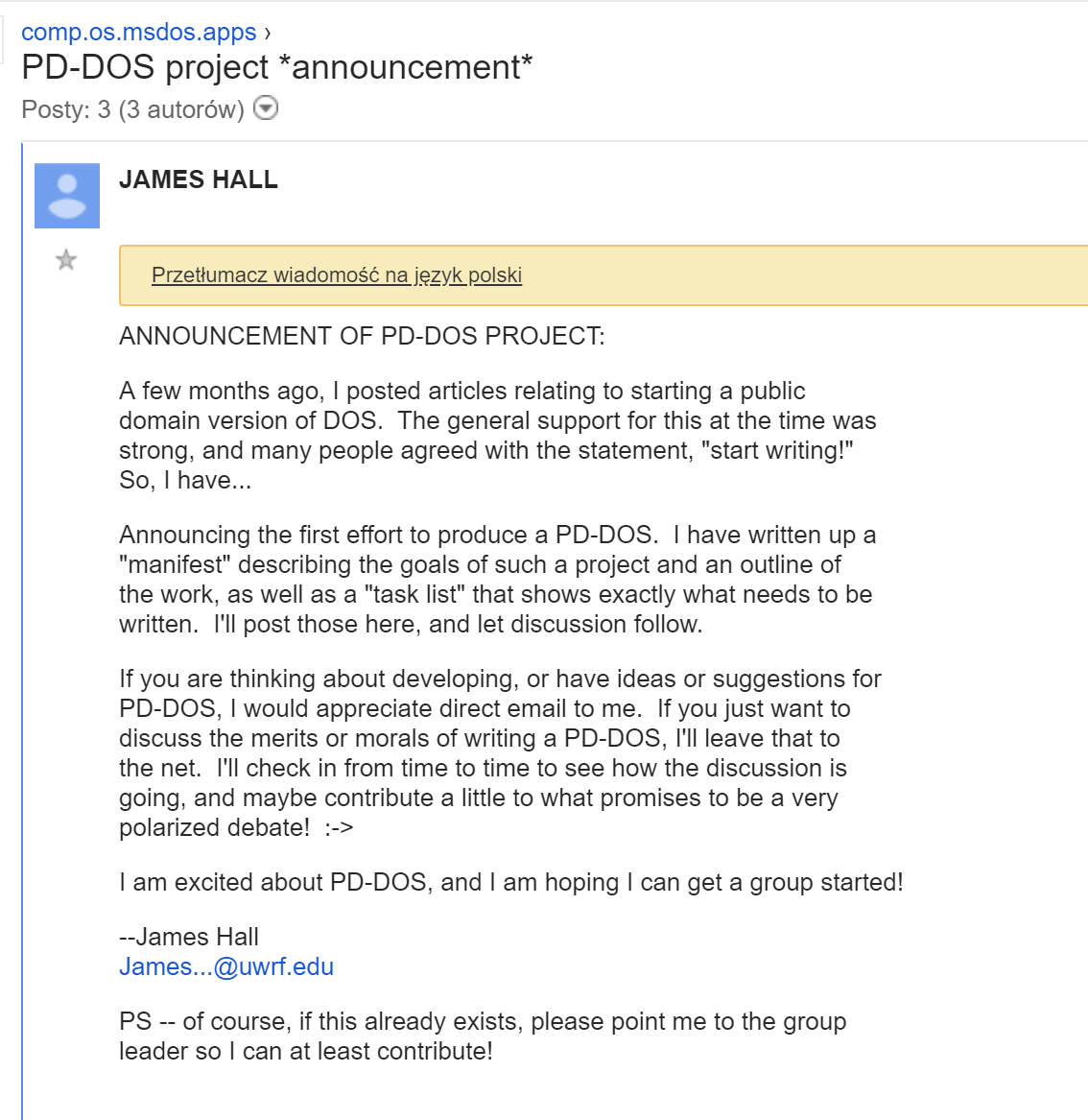 Just two weeks later, the project changed its name to FreeDOS and remained with this name until today. Its 25-year history of development makes it the longest-existing DOS in history - longer than the original MS-DOS or PC-DOS, but also longer than other projects that were designed to "release" DOS: DR-DOS or OpenDOS .

Slowly but surely to the goal

After twenty-five years, we will soon have the version 1.3 - as you can see Jim Hall along with other contributors to the project are not in a hurry to change the version. During this time, FreeDOS has become a full-fledged operating system in 100 percent. compatible with DOS. Thanks to this, we can run on every game and application that started on old computers.

However, that's not all. FreeDOS has many improvements that the original operating systems did not have. It has, for example, a real package manager, thanks to which we can easily install programs. The set of offered packages is rich: there are both emulators and tools from Linux, web browsers (also operating in text mode), tools for networking and archiving, games, and multimedia tools. There are also new types of JavaScript interpreter that allows you to write scripts in that language.

FreeDOS will also run on more modern equipment: we can connect in it a modern printer, a larger disk than originally supported by DOS, as well as a DVD-ROM drive.

Despite these additions, FreeDOS is guided by one rule: it has to remain 16-bit, 100 percent. compatible system. Hence its apparently slow development: nothing new can be added to the kernel of the system, so add-ons are in the user's space: there are various tools and improvements needed for the modern user, and without which the user 25 or more years ago.

What is FreeDOS for today?

FreeDOS today enjoys, as Jim Hall says in interviews, unflagging popularity. The number of downloads from the official website does not decrease and amounts to around 50,000. monthly. What do users use it for?

One of the applications is to run old games that no longer work directly on Windows. Another is the need to run legacy software. Thanks to this, we can, for example, recover data that "stuck" in unsupported software. Sometimes thanks to this software (eg accounting or point of sale) it is simply launched in FreeDOS. And thanks to that it still works, according to the rule, not to improve what is still working.

As Jim Hall recalls, a quite important part of the FreeDOS user base is also those who use it for embedded systems and to support old but still working hardware.

How can we run FreeDOS?

FreeDOS can be downloaded from the official website of the project as a CD-ROM image, an installer operating from a USB flash drive and as ... a diskette image.

The easiest way to run the installer by mounting a CD-ROM image in a virtual machine. You can use the free VirtualBox program. Installation instructions can be found in a wiki specially prepared for this purpose. After a few minutes of installation, we can enjoy the good old DOS.

You can easily launch an old game or browser in text mode. FreeDOS is 25 years old and still alive
author xiaomist