These were times. When Game Boy set standards in the portable console market

Game Boy was basically the first portable gaming console to fully meet this definition. And it turned out to be more than an experiment. A gadget whose name for many years was synonymous with a completely new form of entertainment.

Already in the seventies, we could enjoy the possibility of playing games outside the home. What is funny, this revolution did not even miss the then-then-Warsaw Warsaw Treaty and isolated from the western technologies of Poland. We had access to Soviet counterfeits of the first portable consoles: there was Wilk and Zając, there were Kółko i Krzyżyk and several others.

However, it is difficult to call these devices game consoles. They differed from the devices that we define today, even if it is not possible to expand them with new games. This changed at the turn of the eighties and nineties. When the world of electronic entertainment has changed Nintendo forever. It was not the first such attempt. No other, however, has been successful.

In fact, even Nintendo did not believe in the exaggerated success of Game Boy.

The prototype of the console was called the temporary Dot Matrix Game (DMG), hence the name of the DMG-01 model of the first version of the console. Inside the company, DMG was more often referred to as DameGame, where Dame is a Japanese word that can be translated as "weak" or even "hopeless". There is a good reason.

The turn of the eighties and nineties were times when portable color LCDs were no longer something new or excessively expensive. Meanwhile, Game Boy was supposed to be equipped with a monochrome display without backlight. At the start, he already looked anachronistic. Gunpei Yokoi, chief Game Boy designer and experienced Nintendo engineer, knew perfectly well what he was doing.

He understood that by Game Boy he was successful, it does not have to be a device presenting the latest technological achievements. His console had to be 1) small 2) light 3) inexpensive 4) durable and have lots of games. Illuminated, multi-colored LCD display? Well, but do you really want to exchange AA batteries every few tens of minutes to be able to keep playing? Exactly…

Simple construction. Perfect for those times.

The console appeared on sale in the middle of 1989. It was equipped with four function buttons (A, B, SELECT, START) and in d-pad. On the side there was an analog volume control knob, on the other side, for adjusting the display contrast. At the top there was a console switch and slot for game cartridges. 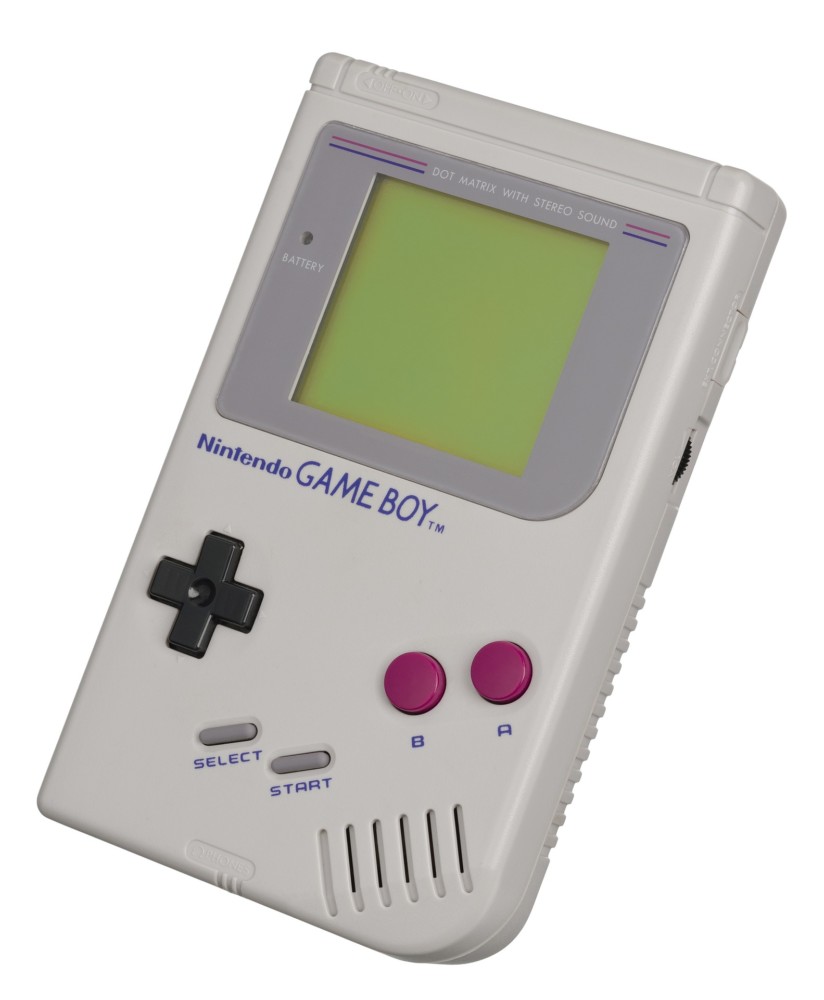 Game Boy also had a power connector - there was no obligation to rely solely on four AA batteries that power the device by default. The console could also be connected via the jack connector to the headphones or speakers. The console also offered one original connector that could be used for two purposes. First of all, it was possible to connect consoles with one another in order to be able to play games for two (each had to have its own cartridge) or to ... connect a separately sold printer. The latter, for some strange reason, never accepted.

Game Boy performance? He, he.

The Game Boy's central unit was an 8-bit Sharp LR35902 chip with a frequency of 4.19 MHz. Although most sources describe it as a heavily modified (and very popular at that time) layout of the Z80, the reality is a bit different. This CPU is closer to Intel's 8080, although some of the functions for extensions from Z80 have been removed. The parity flag, half of conditional jumps and input / output instructions have disappeared, which have been replaced by read and write instructions to memory and the registers mapped there.

The processor was accompanied by 8 kibibytes (KiB) of S-RAM (one kibibyte of 1024 bytes) and a 256-byte ROM with the operating system. Supported storage sizes (and thus cartridges) are 32 KiB, 256 KiB, 512 KiB, 1 MiB, 2 MiB, 4 MiB and 8 MiB. Do not ask why the Japanese were insisting on this measure of memory. The whole was supplemented with 8 KiB of video memory.

The sound was generated by the processor. Game developers had at their disposal two complex wave generators, which they could provide one 4-bit PCM sample (64 4-bit samples played in a 1x64 or 2x32 system), a noise generator and a sound track stored on the cartridge. The console had only one loudspeaker, but the connected headphones or speakers provided a stereo.

The beginnings were not easy. But what happened then ...

One game was added to Game Boy, which was incredibly addictive and playable Tetris. You could buy Super Mario Land (classic platformer from the Super Mario series), Alleyway (Breakout clone), Baseball (sports games port with NES consoles), Yakuman (Mahjong type game) and Tennis (just like Baseball). The first sales results did not fill us with optimism. But we are only talking about the first days after the premiere.

The news began to spread quickly. This not too technically impressive Game Boy allowed for much longer battery life than anything from the competition. The device itself was simple in design, and therefore very durable, for an electronic gadget. And there was Tetris and Super Mario. 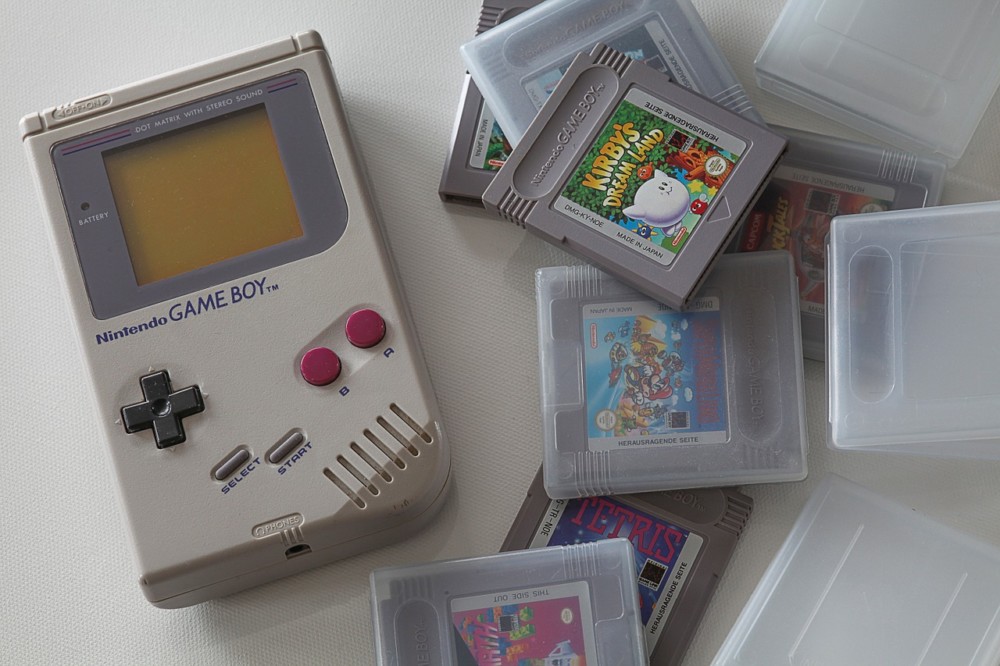 As a result, two weeks after the premiere, Nintendo sold off the whole state of consoles intended for the Japanese market. On the day of the American premiere, which took place a bit later, on the first day Game Boy found 40,000. buyers, which was then a great result.

These numbers in the context of sales results of modern consoles probably do not speak too much to your imagination. It may be different, which also impresses the modern consumer. Game Boy and Game Boy Color (I will explain in a moment ...) have found almost 119 million buyers to this day, Game Boy itself up to almost 64,5 million by 1998. In total, over two thousand games were created for the console. An absolute phenomenon.

However, you can not say that Game Boy has not evolved over the years. The console has been reviewed several times. Including those that at least partially broke the mutual compatibility between the different varieties of the console. 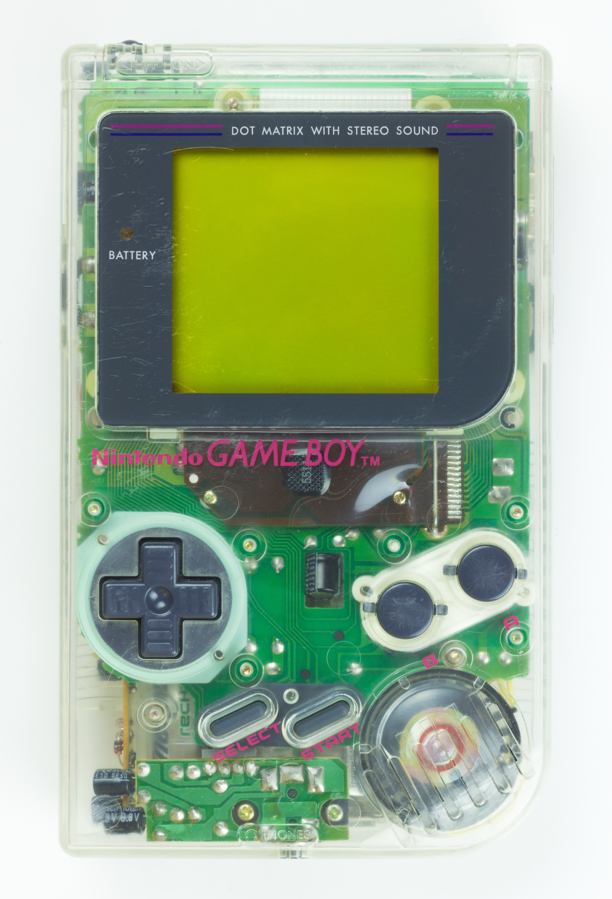 It was identical to the original console. The difference lay only in the casing: you could choose its color, and special versions of the console were created with non-standard color patterns. 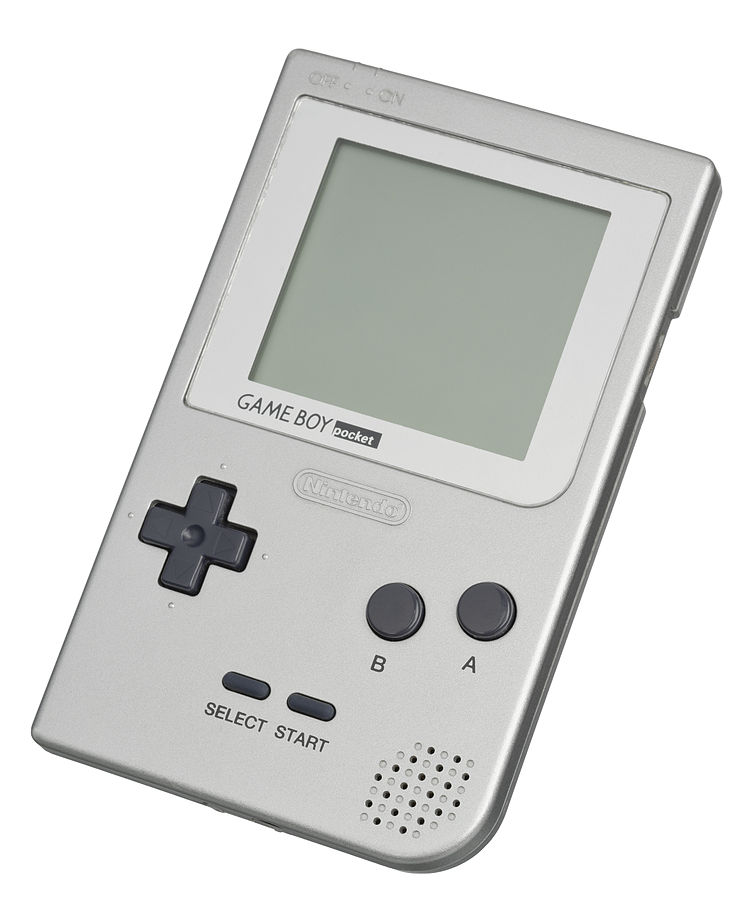 A smaller version of the console, which was enough for two AAA batteries to provide 10 hours of fun. The console also had a higher-quality display that provides better contrast and faster response times. 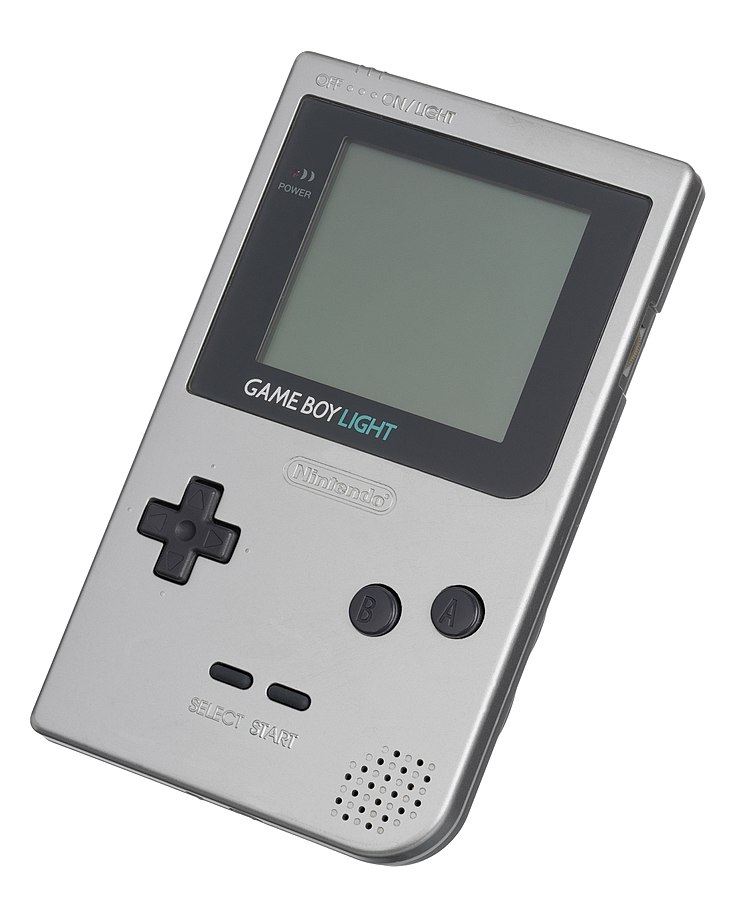 It was a slightly larger version of Game Boy Pocketa. It offered a display backlight so that the fun was also possible at night with the lights off. Two AA batteries provided 20 hours without backlight or 12 hours with backlight before they had to be replaced. 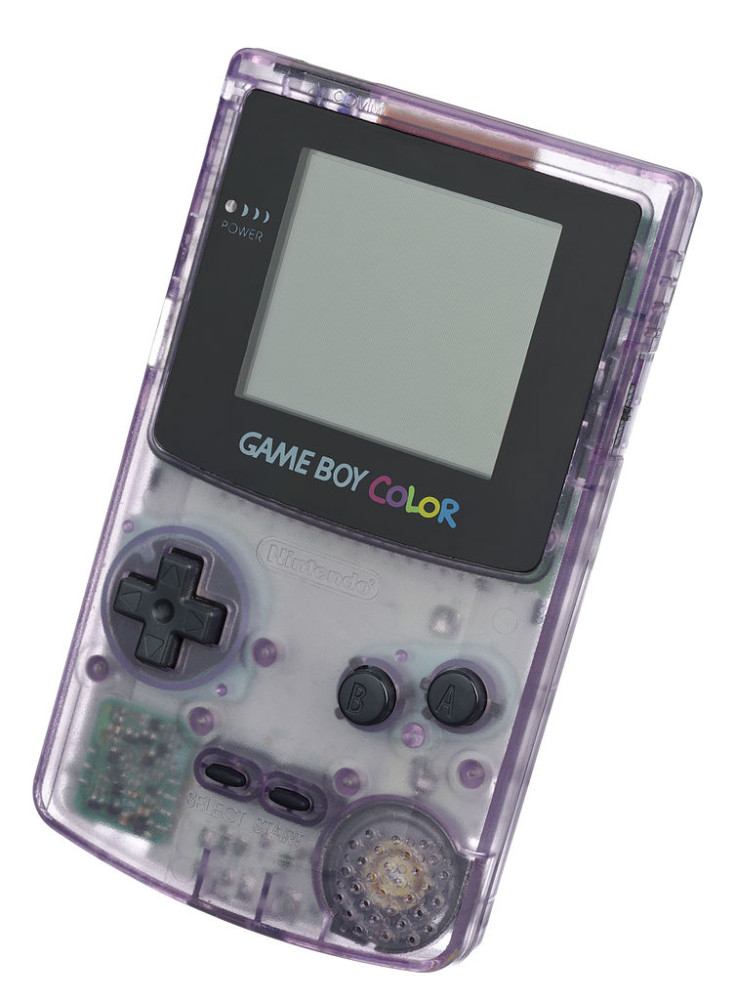 It appeared 9 years after the first Game Boy and contained a color display, twice as fast processor and three times as much memory. The console was fully compatible with games for the classic Game Boy (from the entire catalog of games do not work, for some reason, two titles), however - which seems obvious - required the game developers to add color support, so that the player can fully enjoy the possibilities of the new console. Programmers could simultaneously view 56 colors selected from the palette of 32 768 colors on consoles. 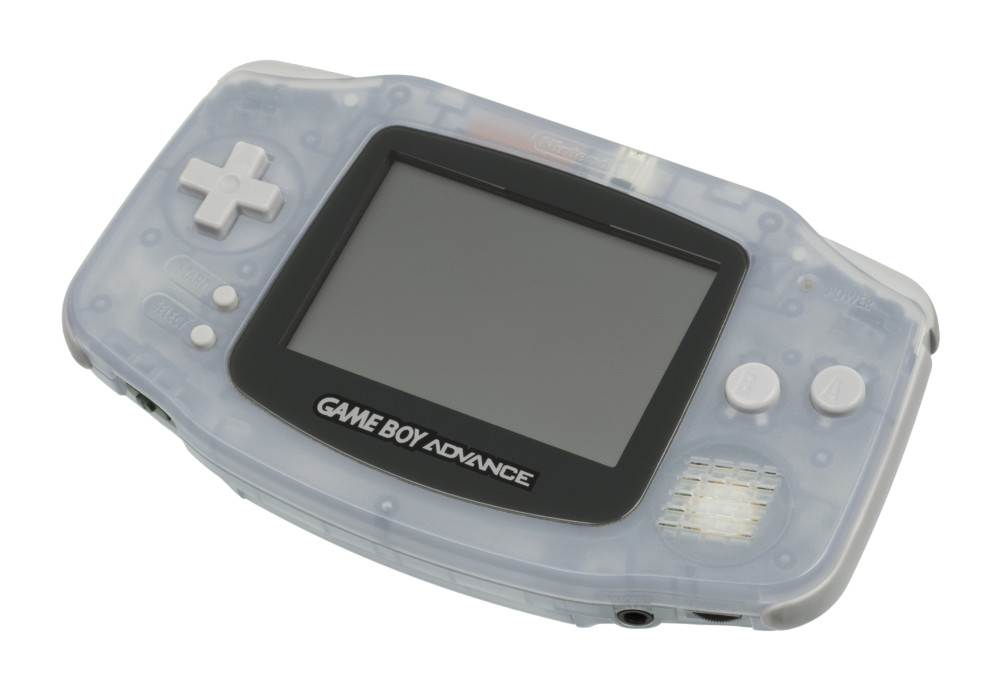 This device is basically the second generation of Game Boy, designed almost completely from scratch. It was still backward compatible with Game Boy, but mainly because on the modern motherboard there was a place for the Z80 processor, which was turned on only to support old games. The main CPU was a 32-bit ARM unit, clocked at 16.8 MHz.

Game Boy Advance (GBA) did not even look like the original. With its larger and clearer display (though still without backlight) and additional L and R buttons it was such a different machine that I will probably create a separate text about it sometime. Its technical capabilities were compared to the SNES console, and it was easy to get GBA from the mentioned Nintendo stationary console. GBA games were not compatible with an ordinary Game Boy. 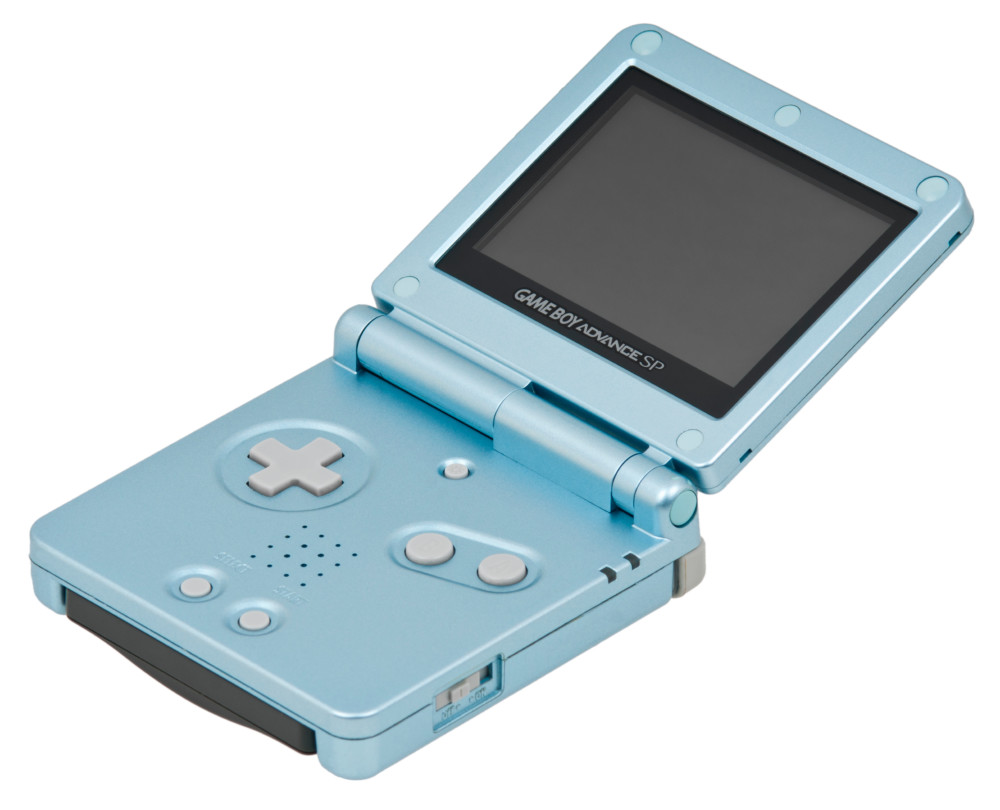 It was GBA in a completely new housing (the display was on the flip closed, it could also be highlighted) and, for the first time in history, the console was accompanied by a battery instead of a battery. 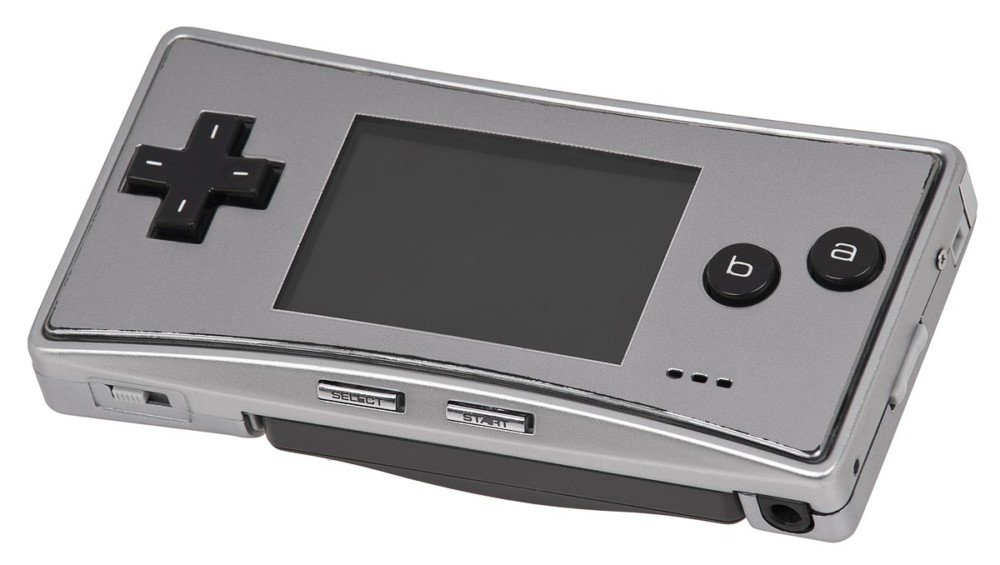 This is the last Game Boy in history. It was the GBA console enclosed in an extremely compact housing. Miniaturization forced the break of compatibility with old games, so we could not play games from the first Game Boy on the device.

And no, wait. This is a completely new family of consoles. I will tell you about her on another occasion.

These were times. When Game Boy set standards in the portable console market
author xiaomist