The price of the Xiaomi CC9, CC9e and CC9 Meitu Custom Edition is filtered, as well as the characteristics of the most economical variant

Tomorrow, July 2, Xiaomi will unveil its new range of smartphones focused on mobile photography, which they have named Xiaomi CC. A new generation of mobile devices aimed at the youngest of which we now know its supposed official price just one day of its presentation.

As already confirmed by the company itself, this new smartphone range will be released along with three mobile devices called Xiaomi CC9 , CC9 Meitu Custom Edition and CC9e . Three variants quite differentiated mainly by their size or by their technology of artificial intelligence oriented to photography.

As always, facing the presentation of a new smartphone, the most relevant data that we always ask has to do with its price. A figure that we usually do not know until the day of its presentation but that has now been supposedly leaked on the network. Specifically, as we can see in the following images, the standard variant, ie the Xiaomi Mi CC9 will have a base price of 365 US dollars , that is, about 321 euros to change. 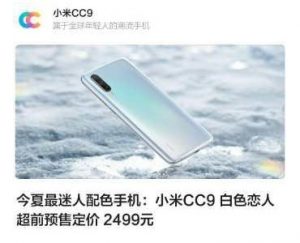 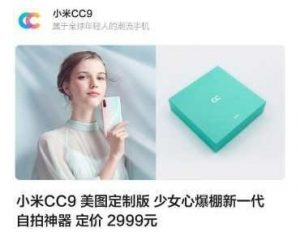 For its part, the superior variant, the CC9 Meitu Custom Edition will start from the $ 400 , about 352 euros to change and the more compact version and at the same time, cheaper, the Xiaomi CC9e will not exceed $ 300 , that is, its price It will not exceed 264 euros .

The Xiaomi CC9e will have a Snapdragon 710 processor

In addition to the prices, the Xiaomi CC9e , the most economical variant of the range has been seen in the Geekbench database. Specifically, as the famous benchmark platform shows us, this compact size smartphone will have a Snapdragon 710 processor providing a score to a single core of 1,323 points and 4,905 points in multi-core.

In addition, the Xiaomi CC9e will have 6GB of RAM and will have MIUI 10 based on Android 9 Foot by default. Some specifications that give us to understand that this new smartphone would be placed within the medium-high range at a fairly low price. 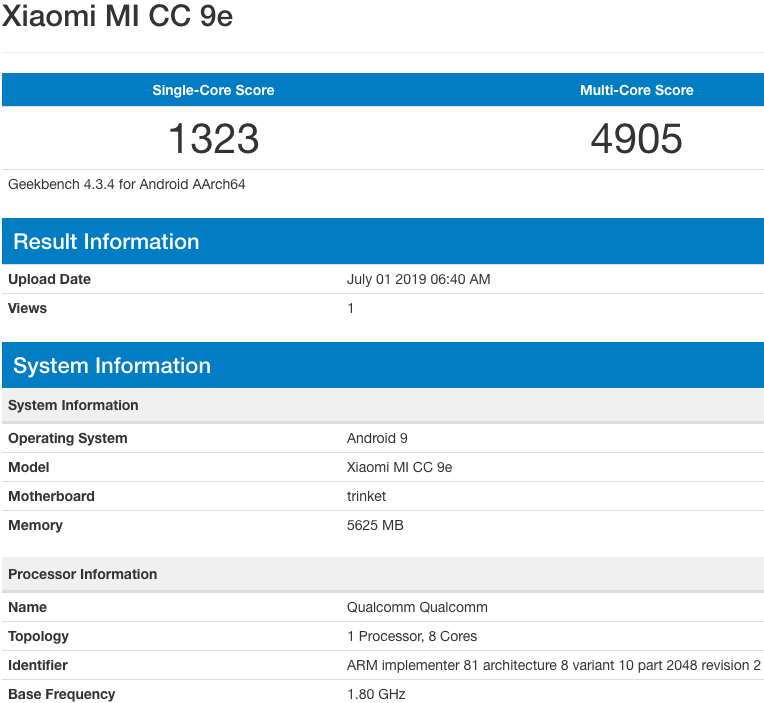 Filtration of the Xiaomi CC9e in GeekBench.

In this way and knowing now its price, this new smartphone could become the most recommended option in terms of price, quality and specifications, within the mid-range, providing great performance and great photographic quality for all those who seek a smartphone with a compact size without the need to spend too much money on it.

The entry is filtered the price of the Xiaomi CC9, CC9e and CC9 Meitu Custom Edition, as well as the characteristics of the most economic variant was first published in xiaomist.com: Web news and news Xiaomi in general, we are Xiaomi .