Polish companies appreciate the benefits of a public cloud 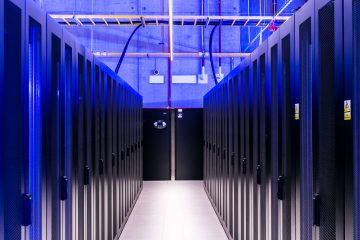 The research conducted by IDG in cooperation with Oktawave shows that more than half of the enterprises have implemented or intend to implement the cloud in their organizations. Global data is even more interesting. As much as 92 percent companies use the cloud or intends to implement it.

61 percent enterprises in Poland that use cloud solutions, uses applications in the cloud. These are dedicated systems and applications, eg database servers. In second place (46%) there were backup and archiving services, and on the third - calculation instances (40%).

The popularity of the cloud does not come from the case. It has many benefits - both business and technology. Here are the 5 most important.

1. The cloud provides access to data anywhere, anytime and on any device.

According to the report referred to by Hosting Tribunal , the choice of cloud in 42 percent. organization has made it possible to access company data anywhere, anytime and on different devices. Such a priority results, among others from the fact that we live in a time when employees are not attached to the desk in the company. 50 percent those who worked remotely on part-time in 2018 would like to increase the number of hours worked away from the company. 60 percent would choose telework full-time.

The equipment on which we work is also important. The requirement of times is simple: we should have access to data not only on the work computer, but also on a smartphone, tablet or hybrid.

2. The cloud can provide savings.

Building IT infrastructure costs. Its maintenance and administration of resources also. To this should be added, among others the costs of software licenses and remuneration for qualified staff that will take care of our IT.

The on premises model raises investment costs. In the case of a cloud, expenses are included on the side of the operation. In the long-term perspective, your own infrastructure can be profitable. Cloud solutions win when you need to build an IT department from scratch, in the broad sense. The costs associated with the cloud are also more predictable - you can plan them well in advance.

We mentioned access to data anywhere, anytime and on any device. The derivative advantage of the cloud is to ensure business continuity.

The cloud can be compared in this dimension to insurance. If the nature of our business allows it, thanks to the cloud, we separate its part from random events that could affect the company.

48 percent The participants mentioned at the beginning of the research conducted by IDG declare using the services of certified cloud suppliers, and thus - a sense of security. 22 percent The respondents who have implemented the cloud in their business do not see differences and problems. Only every 10 companies are considering the purchase of an additional policy to ensure security in the event of data loss.

47 percent of the surveyed companies praises the public cloud for high availability and greater system and data security.

Scalability is one of the advantages of the cloud, which also indicates its advantage over its own infrastructure.

Scalability from the cloud perspective is simply the ability to adapt resources to current needs. It works both ways. If the requirements increase, you can easily allocate more resources and vice versa - reduce them as needed.

The report "Public Cloud in Poland 2019" shows that among the benefits of the cloud, home companies indicate lower IT infrastructure costs (42%). Equally important is the ability to allocate and account for resources in accordance with actual consumption (also 42%).

The survey shows that technologically mature businesses, whose demand for computing power, bandwidth or storage are constantly growing, do not want to incur the costs associated with expanding their own data centers. Our previous projects indicate that the transition to the cloud in the long term means a reduction of TCO by about 20-30 percent. This is due to the elimination of investment and operating expenses - comments Maciej Kuźniar, COO Oktawave.

41 percent company representatives believe that the cloud gives more opportunities to respond to market changes. 23 percent companies indicate the cloud as a key element of digital transformation. Technological advantages include faster sharing of new resources (54%) and unlimited scalability and flexibility. As much as 47 percent the respondents indicate high availability and greater system and data security.

An interesting aspect of the study are the answers to questions about the impact of the cloud on the level of employment in the company. 58 percent large and 52 percent. medium-sized companies that implemented the cloud, moved IT employees to other departments. Only 10 percent. large companies indicate the relationship between the transition to the cloud and the reduction of employment.

* The text was created in cooperation with Oktawave. Download the IDG and Oktawave report .