At Burger King in Poland you can eat a meatless burger. It s a pity that it s not like in the States

Burger King in the United States has already introduced a meatless burger , so the chain of restaurants in Poland can not stay behind. That's how Halloumi King came to Poland in Burger Kingach.

Impossible Whopper, which went to the American restaurants Burger King, holy records of popularity and a lot of indications that the limited edition of the burger will go to the local menu permanently.

What is Impossible Whopper? This is a classic Burger King sandwich, in which instead of real meat is its meatless alternative by Impossible Meats. I had the pleasure to personally try Impossible Burger and I know that the vast majority of consumers probably will not even feel the difference between real and "fake" meat.

A meatless burger goes to the Polish Burger King.

When I read the press release about Halloumi King's introduction to the offer of the restaurant, I immediately came to mind with my recently popular meme. 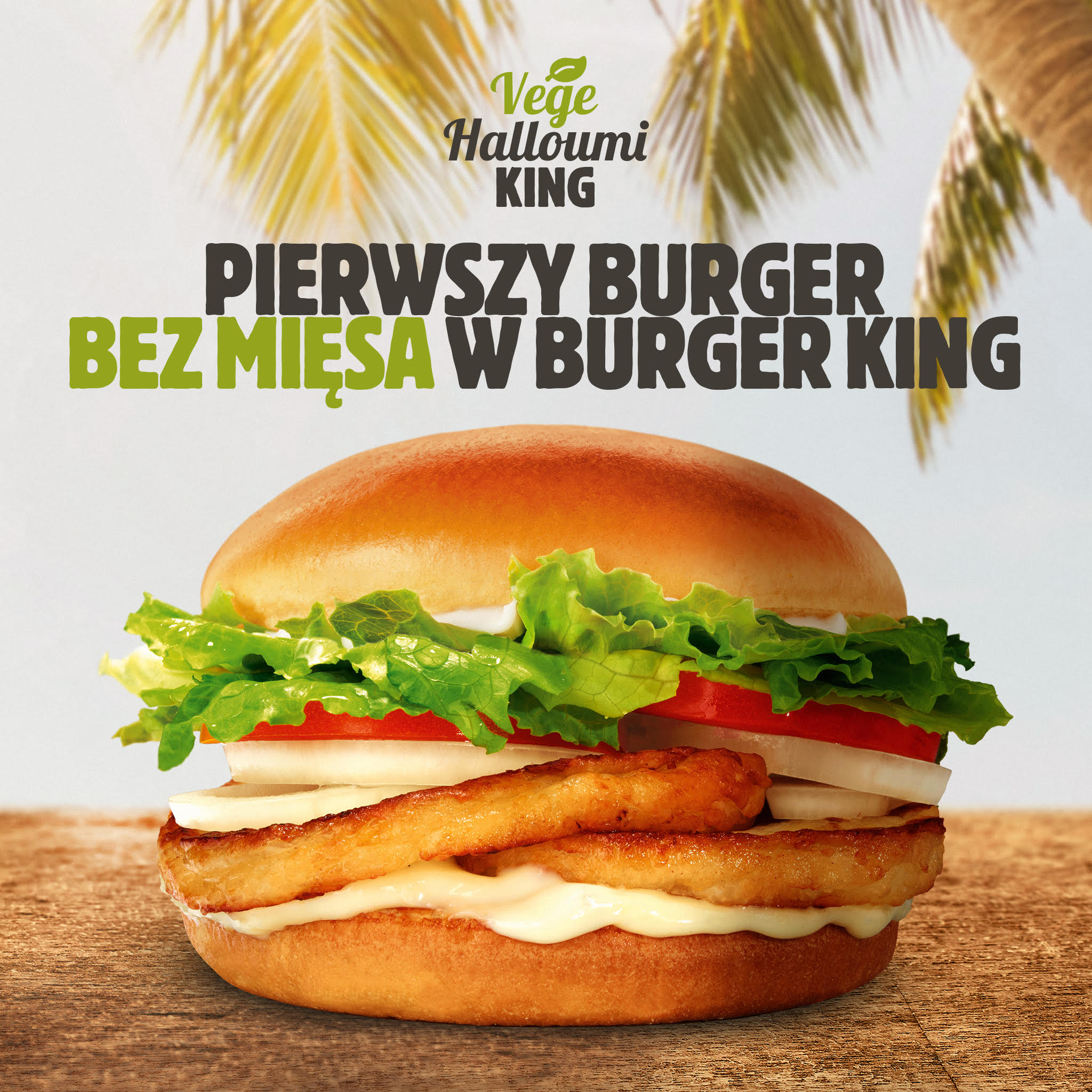 Halloumi King is unfortunately not a vege burger, just like Impossible Whopper. This is a vegetarian version of a popular burger, in which the meat was replaced with two slices of Cypriot Halloumi cheese. A similar sandwich is offered by KFC - there Zinger and Twister are also available in meatless varieties, with Cypriot cheese instead of chicken.

Halloumi King will be available in all 62 Burger King restaurants in Poland, but this is a limited edition. Whether a meatless burger goes to the offer permanently, will decide its popularity among consumers.

Burger with cheese? I'm not sure.

I am happy that meatless alternatives go to KFC and Burger King, and even though it is an offer addressed to vegetarians, not vegans, every step towards the future, in which our species consumes less meat, is a good step.

However, I can not resist the impression that Polish restaurants are very conservative in their approach and, instead of real meatless alternatives, offer only half-measures. In addition, those that do not necessarily appeal to everyone.

American Burger King added to the offer of a burger with a vegetable meat substitute. KFC in the United States introduced a quorn sandwich , not cheese. This action not only makes people who do not eat meat have something to eat in chains, but also - or rather, first of all - convinces the carnivores that a sandwich without a piece of dead cow in the middle can be equally tasty.

The Polish branches of Burger King and KFC do not do that. Cheese in the burger? Such an "alternative" for a meat sandwich is offered by the majority of burgers in Poland for years and these are not the most popular dishes in restaurants. Cheese is not an alternative to meat, not every cheese likes, not everyone can eat cheese without worrying about its digestive tract. Personally, I've never ate a cheese burger that really tastes good to me, whether it's Cypriot cheese or ordinary camembert cheese - the cheese burger has no chance of convincing meat eaters that meatless burgers can also be tasty.

And that's what it's all about.

We are all roughly aware of why we should reduce meat consumption - from health benefits, through drastic reduction of methane emissions to the atmosphere and stopping rainforests to (un) ordinary human empathy for other species.

Many people also realize that man can not only live without meat, but is healthier without meat and animal products. The only thing that really holds us by the meat is the taste and ... habit.

That's why meatless beef replacements, such as Beyond Meat and Impossible Burger, have become so wildly popular lately. They offer a taste and texture as close to real meat as possible, while being 100% products. plant. And since the difference between meat and non-meat can not be seen or felt, what are the arguments for eating meat? Exactly.

Vegetable non-meat is a product not only for those who do not eat meat anymore. It is above all for those who still claim that it is impossible to live without meat. After trying, for example, Impossible Burger, you can not stay in that belief.

And in this field, unfortunately, such things as Halloumi King fail. People will come and try a new sandwich, they will reach for it out of curiosity. And then they will return to the meat Whopper, because the cheese (apart from the fact that it is a zoonotic product, and the dairy industry is only slightly less disgusting than meat) is not a substitute for meat for anyone. It's completely different.

So I hope that the introduction of the cheese burger is not the last word of Burger King in Poland and soon - as in the American restaurants of this chain - we will see a real alternative to meat on the Vistula River. One that can actually convince carnivores that it is possible to live without meat.

At Burger King in Poland you can eat a meatless burger. It's a pity that it's not like in the States
author xiaomist