A newcomer from the past. LG G8s - first impressions

At the premiere of LG G8 in Poland, I waited impatiently and ... I did not wait. A variant of LG G8s , which I have been using for less than a day, came to us. The longer I have it in my hands, the more I get the impression that time has stopped in Korea.

Let's start with the difference between the LG G8s and the regular LG G8, which debuted a few months ago. And there is a lot of it. 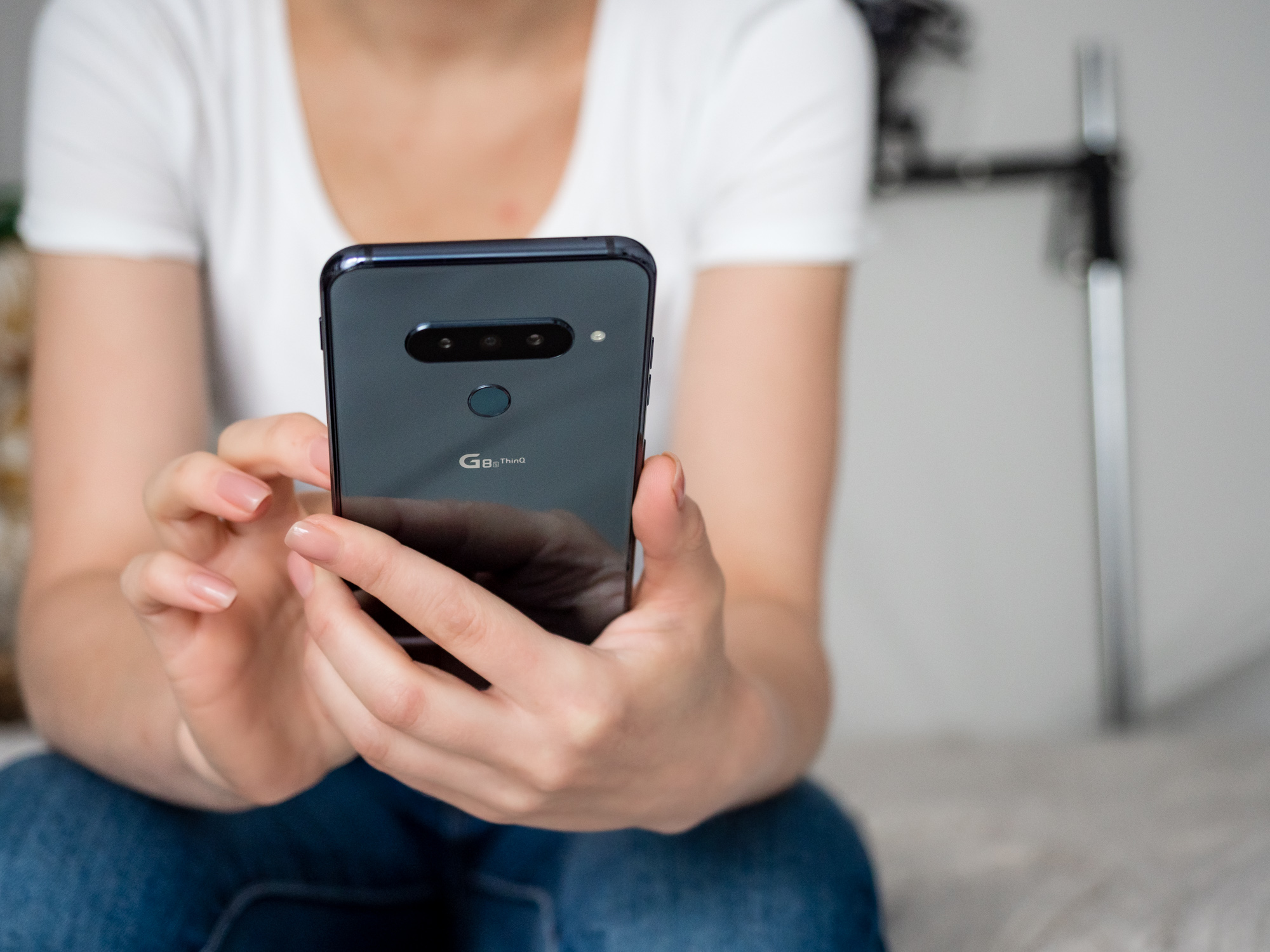 The most important of course is the camera. Instead of a dual sensor, like the LG G8 available in Korea and the United States, we have a triple sensor system. 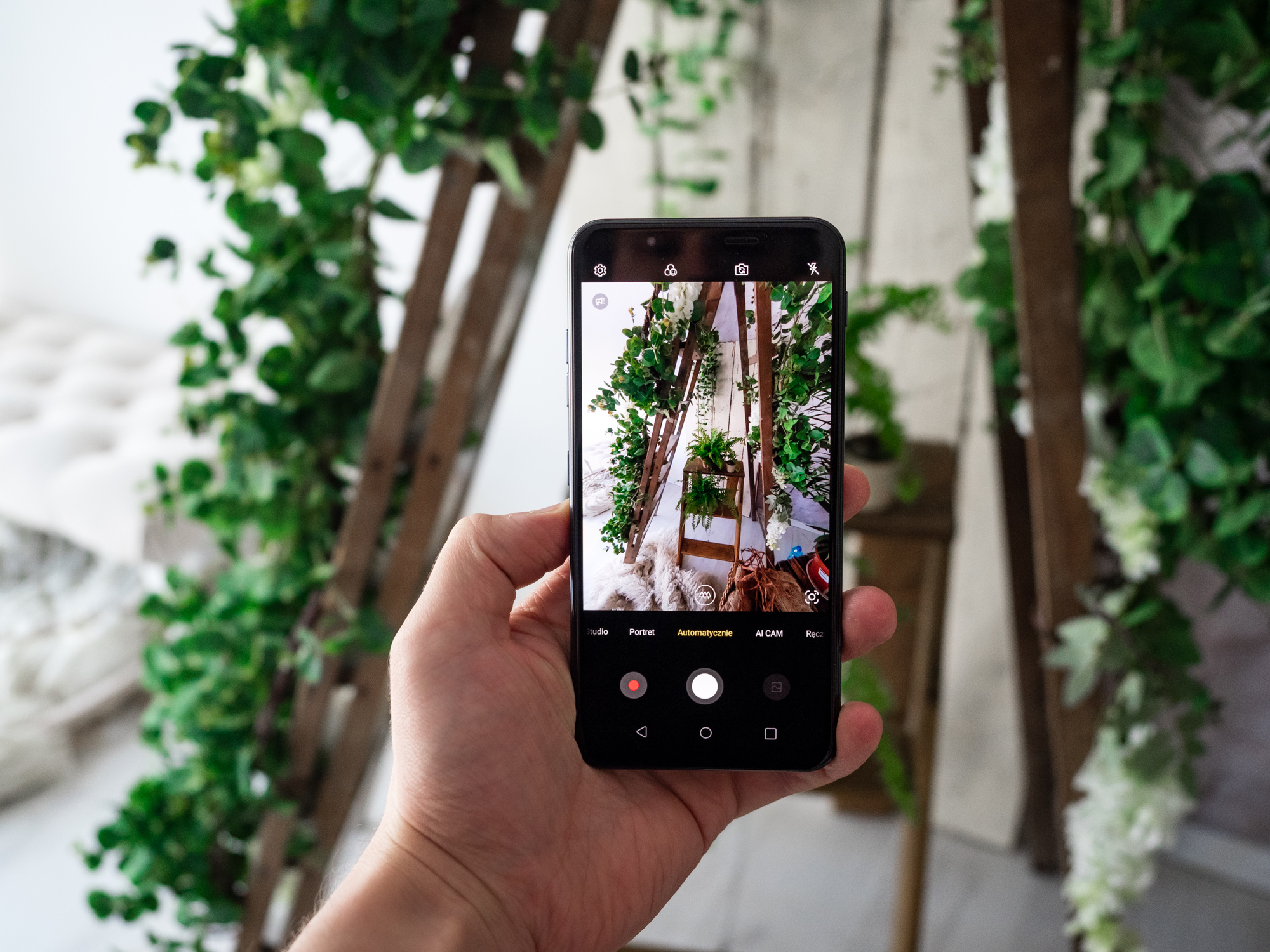 We have here in turn:

It will still be time for accurate camera testing, but what I have seen so far gives hope for really good results. This is not perhaps the level of the Huawei P30 Pro, but still the top leading smartphone photography.

In addition to the three lenses at the back, we also have a single sensor at the front, which LG calls "Z camera" - this is due to the fact that the 8-megapixel camera can blur the background even at 256 degrees, using the Time of Flight sensor. For now I see that it works like ... any other portrait mode on your smartphone, that is, yourself.

However, more time will come for more applications on the occasion of the full review. LG self-suspends the bar, praising that the cameras in LG G8s are the best smartphones on the basis of the independent non-profit VCX (and not some DXO Mark , tfu!). We will see if our tests will also confirm the opinion of an independent organization.

Another difference is the screen.

Instead of the 6.1 "OLED panel and 3120 x 1400 px resolution, an OLED panel with a diagonal of 6.2" and a resolution of 2248 x 1080 px was used. Has the lower resolution negatively affected the quality of the screen? Not at all. The display in the LG G8s is beautiful, although I would like to be surrounded by a slightly slender frame. But about that in a moment. 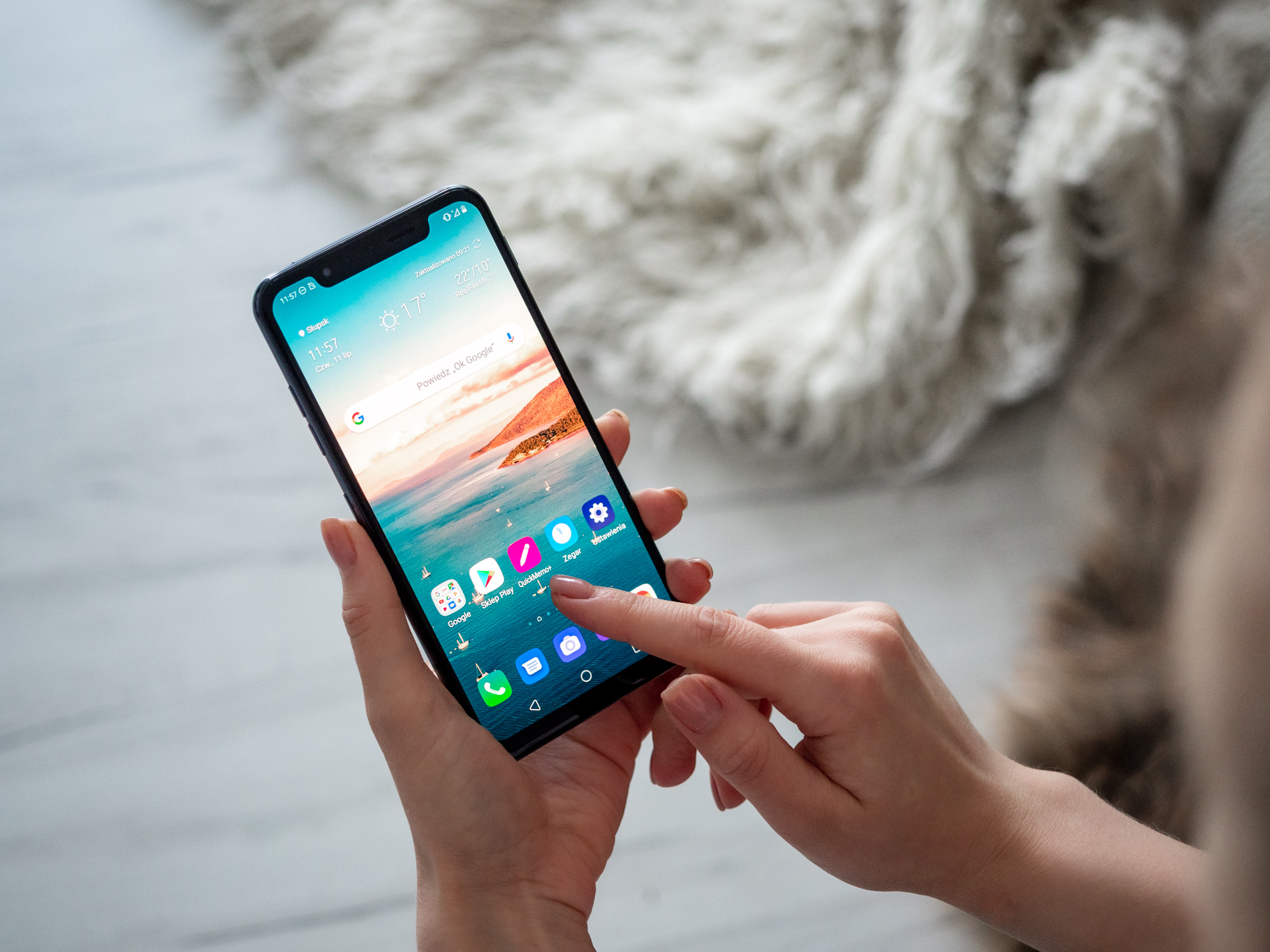 The remaining differences are one, completely incomprehensible to me - the lack of 32-bit DAC, which is famous for top LG smartphones. The DAC had LG G7. It had LG V40. LG G8 has it. And yet for some reason LG has decided that consumers in markets where LG G8s will go, do not need a 32-bit DAC.

Shame. On the one hand, it's nice that the LG G8s still has a headphone connector, but I can not think why it's not the same headphone output as the other LG flagships. In LG G8s, the sound from the headphones sounds very average - which I could not say about many previous smartphones of the company, where the sound in the headphones was simply outstanding. 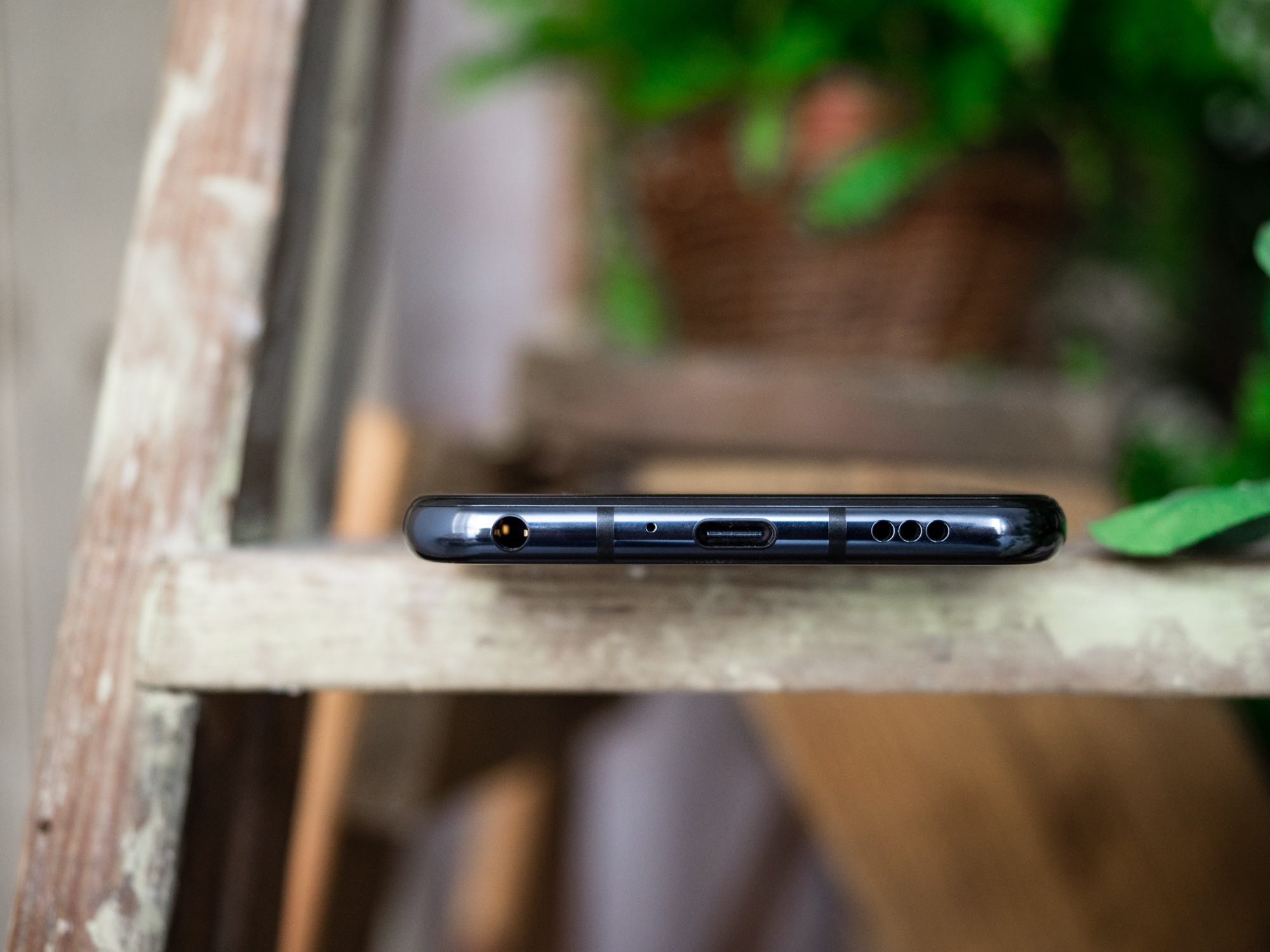 As a "consolation prize", we have something that the LG G8 does not have - stereo speakers. Ordinary LG G8 has double speakers: the lower speaker is responsible for medium tones, and the high frequency response is given by the vibrating screen. The LG G8s is a typical stereo system that plays fantastically.

The vibration module is also fantastic, which - like the LG V40 - is one of the best, if not the best among those used in Android smartphones.

The last difference between LG G8 and G8s is the battery. The cell has grown from 3500 mAh to 3550 mAh, which in combination with a screen with lower resolution and lack of energy-intensive DAC should translate into quite a good working time. However, I will find out about this only while testing the smartphone.

The specification leaves nothing to be desired.

As you might expect from a top smartphone in 2019, LG G8s works with perfect liquidity. The Qualcomm Snapdragon 855 processor is responsible for it, supported by 6 GB of RAM. There will also be space for data, because LG G8s has 128 GB of memory as standard. 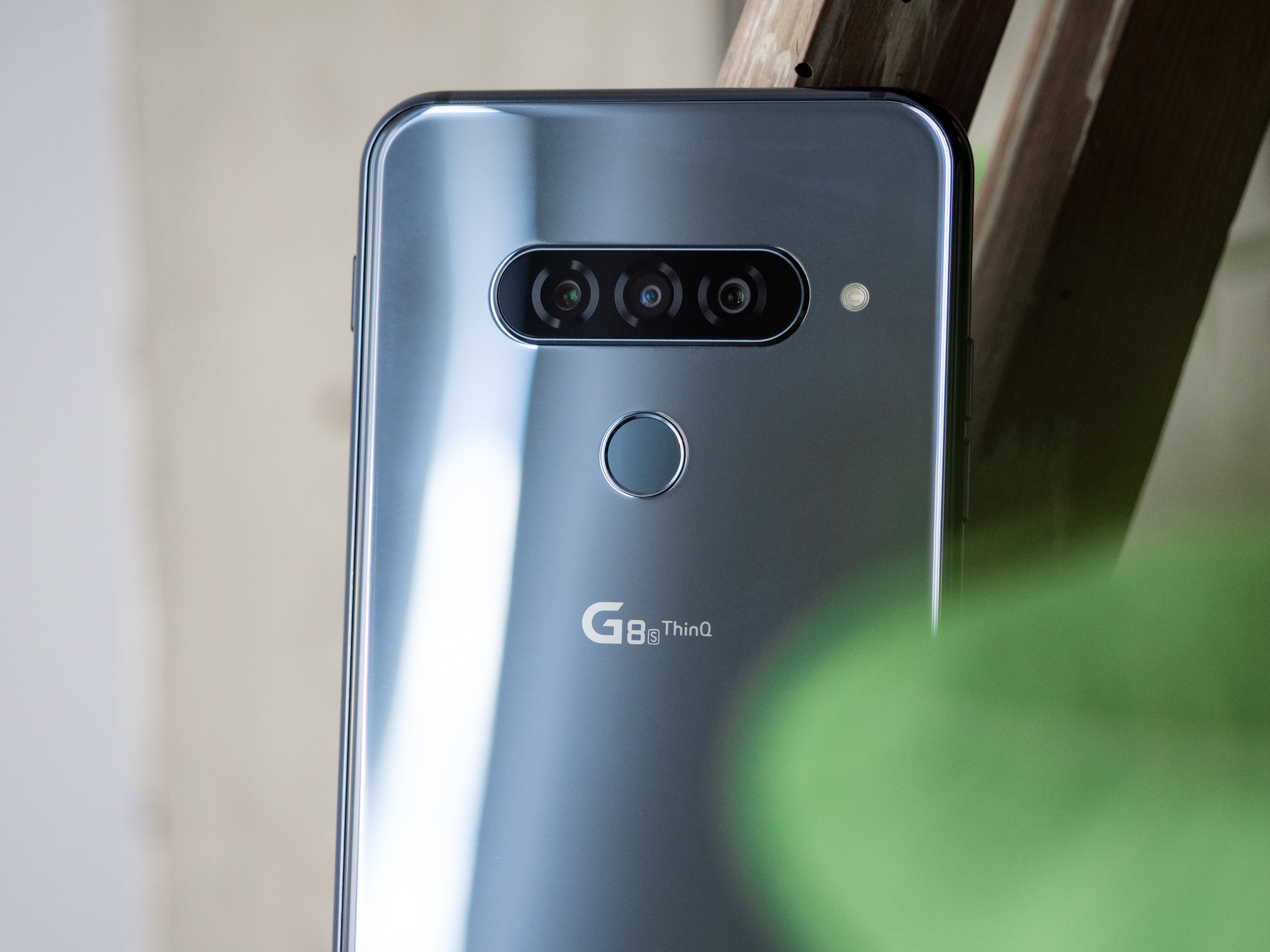 Top specification, but of course ... would like more. In a world where even middle-class players already have 128 GB of memory for data, and 8 GB of RAM is the standard on the higher shelf, 6 and 128 GB do not make an impression. Fortunately, they are quite enough for most users, so they should not be an option for a purchase decision.

Something else might affect her - in Korea, apparently, time has stopped.

In Seoul it just started in 2018, I'm sure. I thought that the design of the LG G8s will hit me less out of the box, but unfortunately - putting the LG G8s next to the frameless Galaxy S10 or without any indentation and holes in the screen of the OnePlus 7 Pro , it's hard not to look at the LG product as a recent relic, but past. 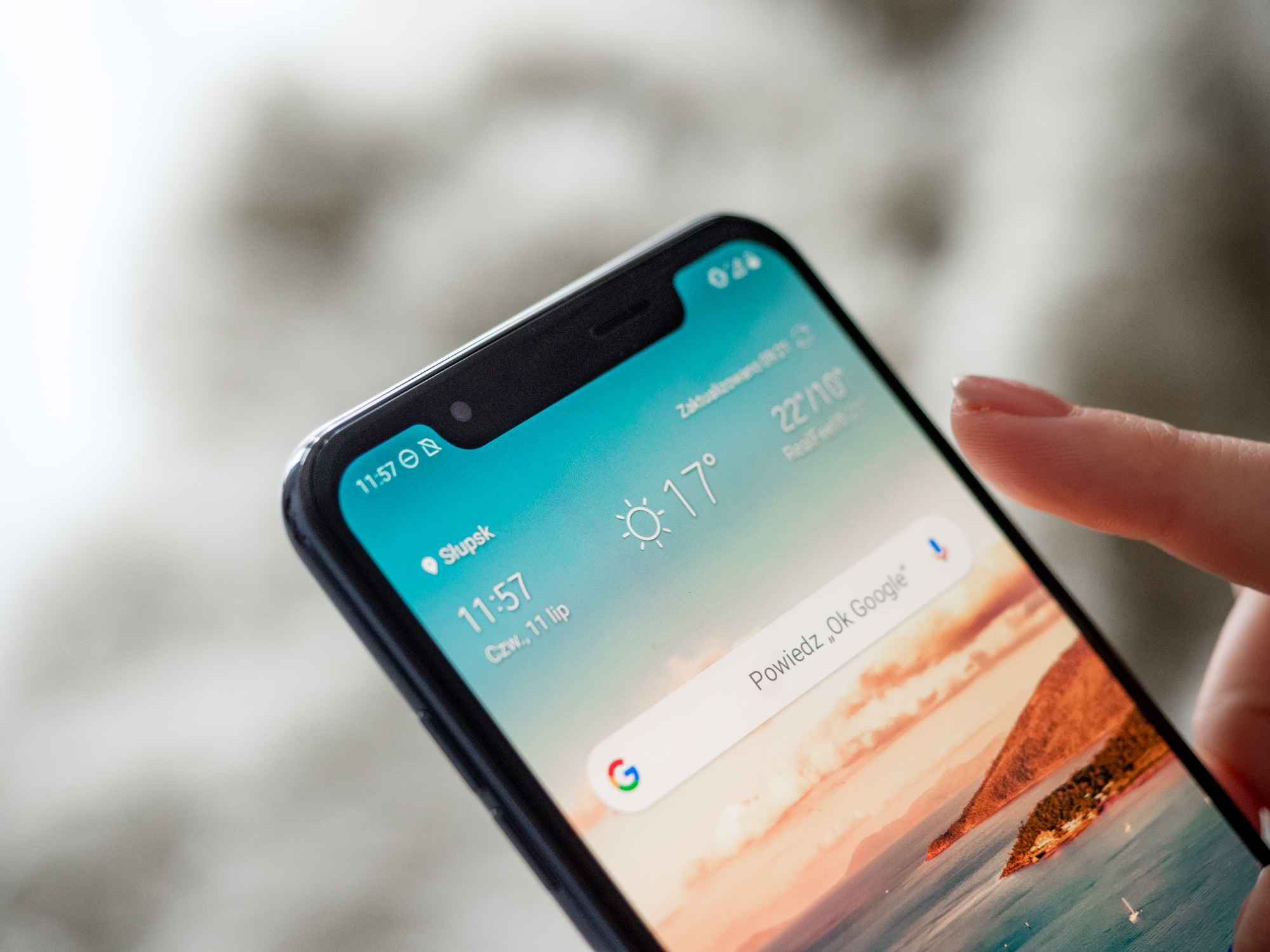 The big indentation in the screen, fortunately, is not only a result of the sluggishness of the design department, but actually brings something to use the phone. The ToF sensor hidden in it provides super-fast and super-safe unlocking of the smartphone, and the stereo speakers play really sensational. It is a pity that it is paid so much indentation in the screen, which has the full right to deter from the competition.

However, when you turn a blind eye to the rather thick 2019 frames and quite noteworthy for 2019 notch, we are dealing with a pretty smartphone. And an absolute winner in the category of "the most shiny and easiest finger-picking phone in history" - seriously, even the silver Xperia XZ Premium did not serve as a mirror as well as the LG G8s Mirror Black version. Well, the name obliges. 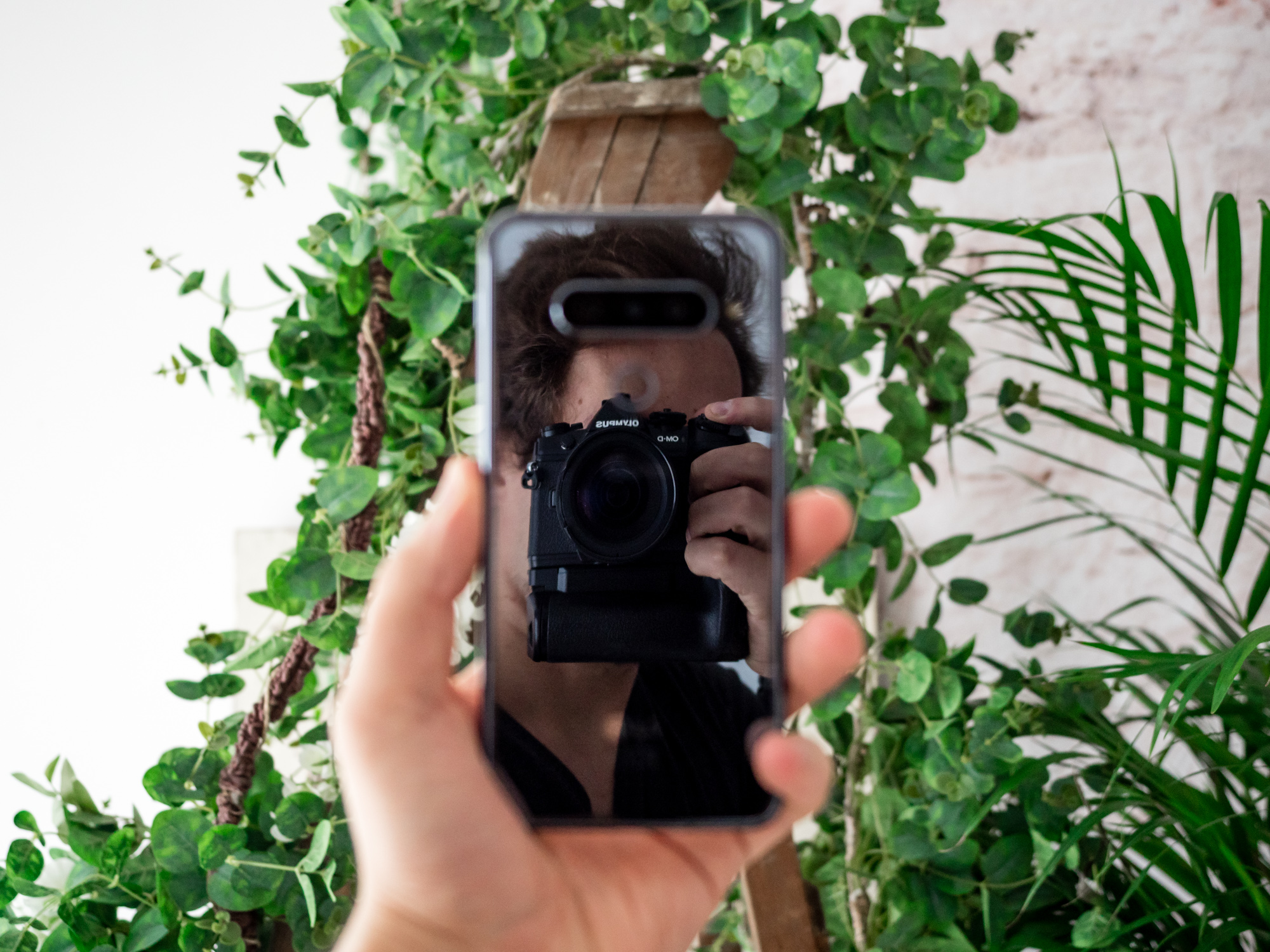 The whole, however, is not only resistant to dust and water, which confirms the IP68 certification, but also passed a series of extreme tests, guaranteeing the military certificate MIL-STD810G. LG G8s may look like a delicate rose petal, but in practice it should prove to be a tough fighter.

From the strictly usable point of view, the LG G8s housing does not cause any problems. The 6.2 "size is so handy that the smartphone can be operated with one hand. The physical fingerprint reader on the backs works quickly, although I recommend using face unlocking instead - ToF depth sensor guarantees safety and efficiency almost equal to what we know from Face ID. 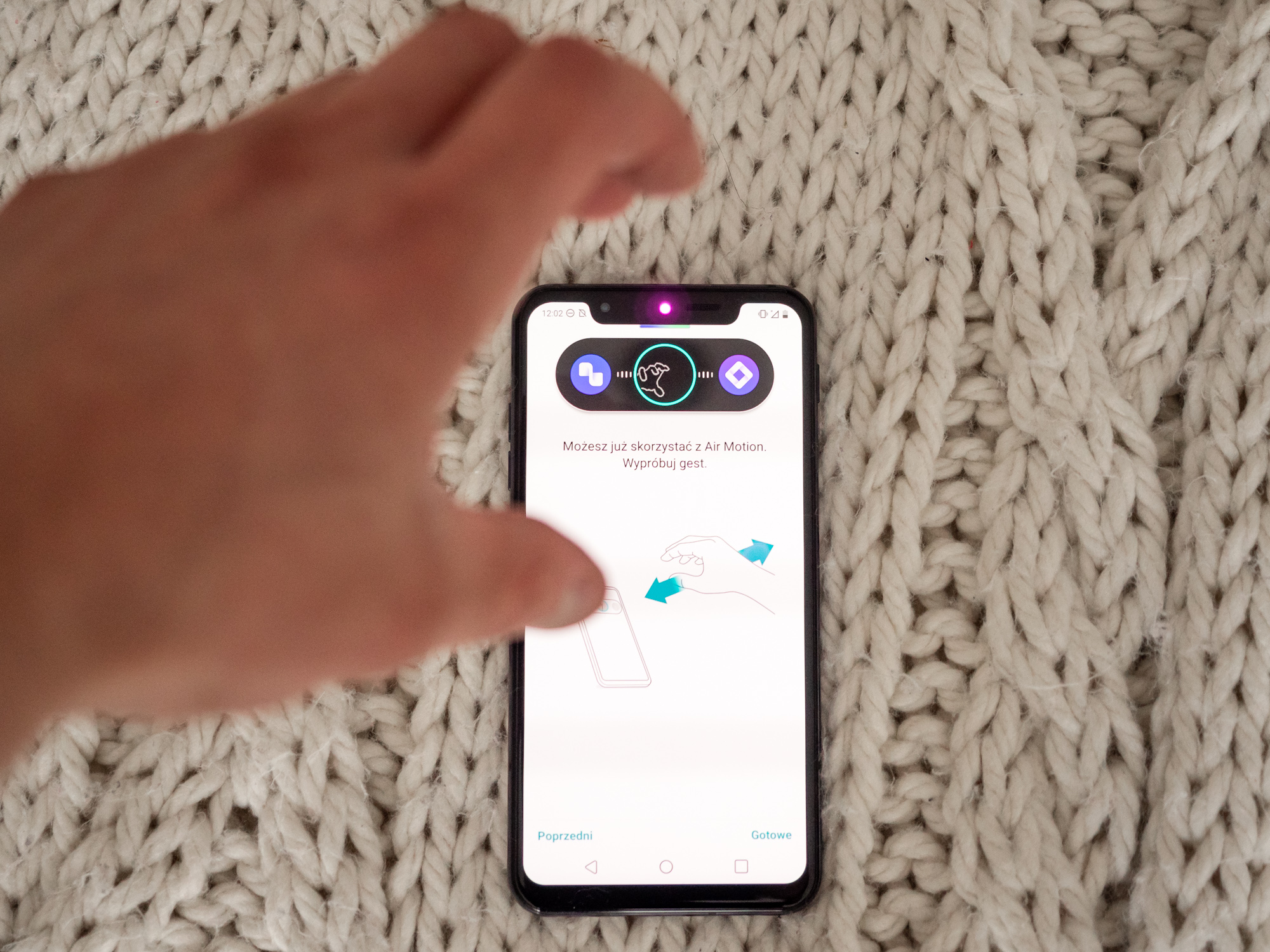 The same sensor is responsible for two more functions - Air Motion and Hand ID gestures, i.e. controlling the interface and unlocking the smartphone using a scan ... lived in the palm of your hand. For the sake of respect for my time and the reader's time, however, I will not describe them. Gestures ... are. But they work so that it's better to forget about them and never use them, which I will also happily do. 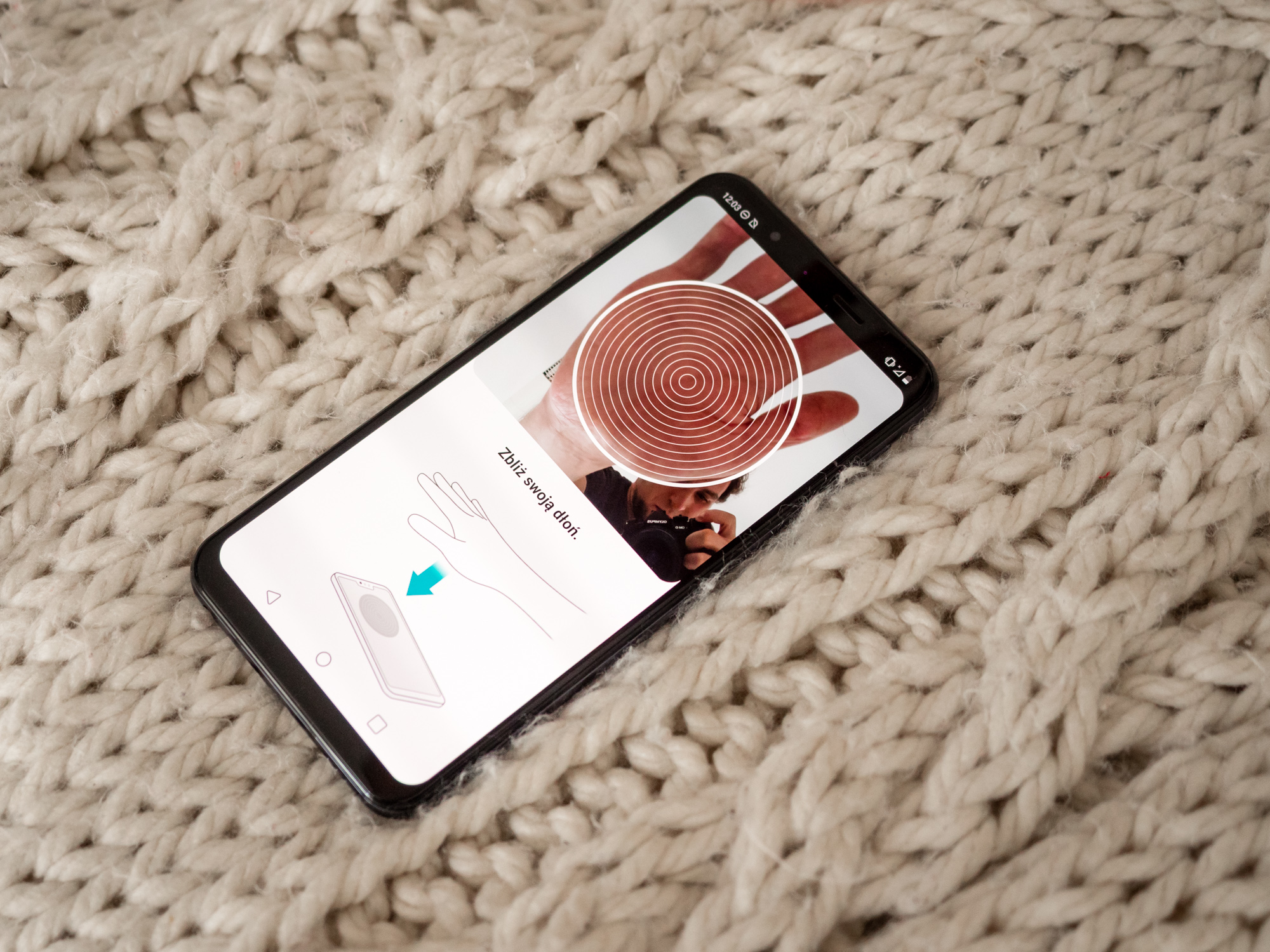 And back to the description of the LG G8s housing: on the left edge you will find the volume control buttons with the perfect jump and the button to wake up the Google Assistant. 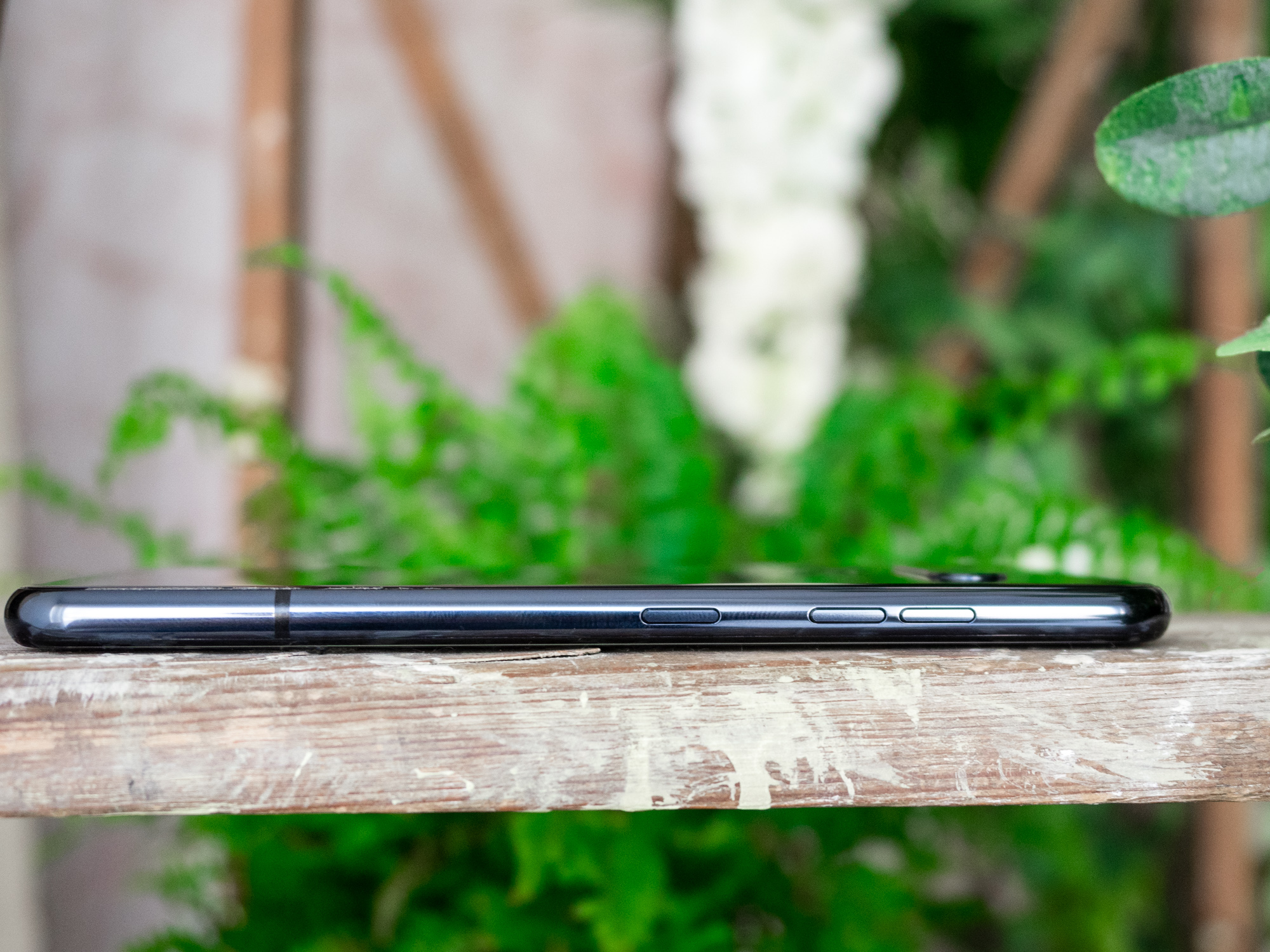 The only ergonomic flaw of the LG G8s is to place the power button. Who would think that in 2019, all producers came to the fact that in large smartphones the power button should be more or less in the middle of the housing, within the reach of the thumb. Koreans apparently forgot about this and put a power button at the very top of the right edge of the device, where it is difficult to reach without flipping the phone in your hand. The decision is so bizarre that the larger and older LG V40 has a power button in the perfect place ... 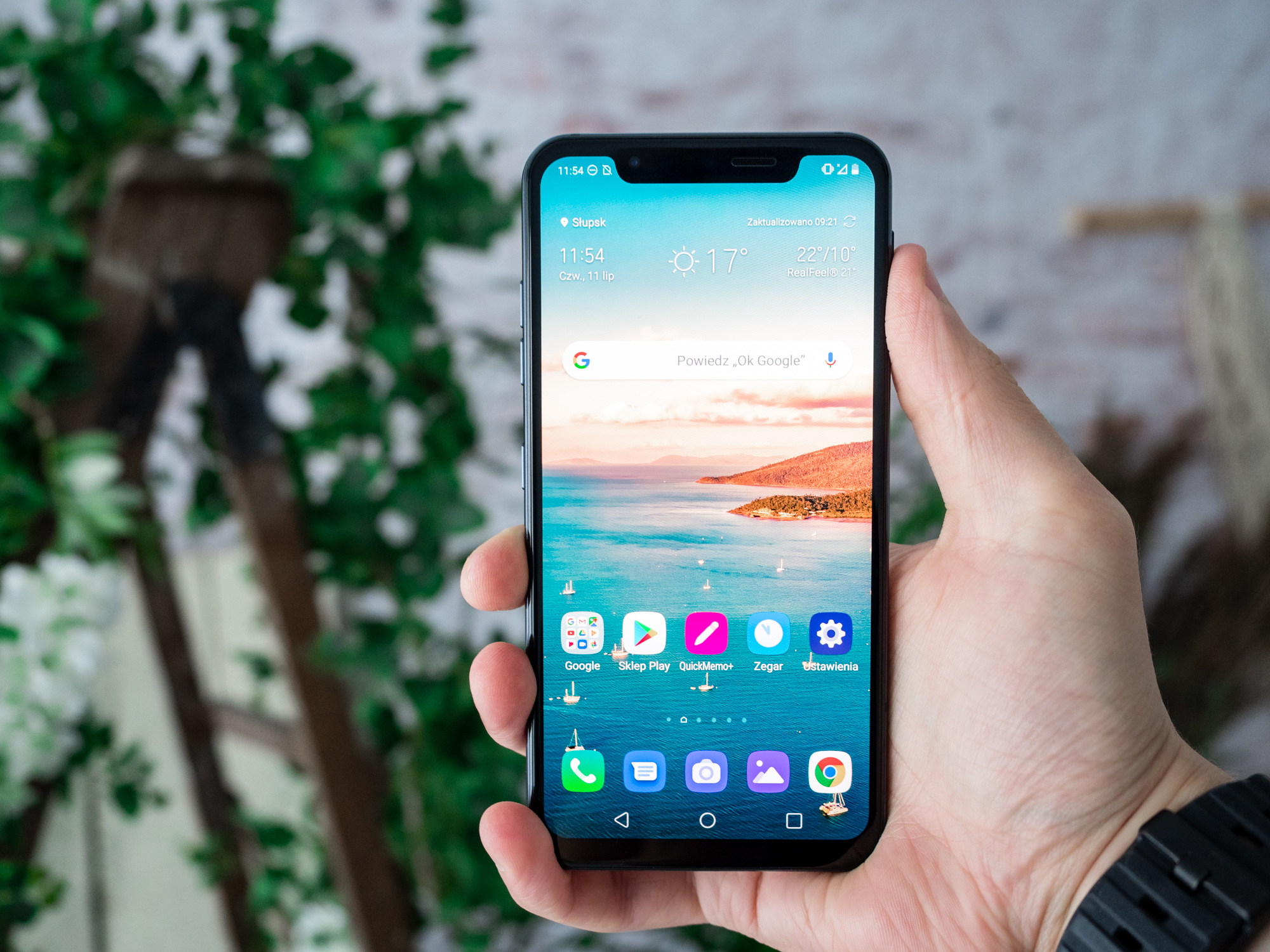 Before I turn to the conclusion, I will just mention one more area that confirms my belief that in Korea time has stopped. Dear LG, do not you think it's time to refresh the overlay? Even Samsung has gone to the head and changed the candy Touchwiz to the elegant One UI. Now it's your turn, because unfortunately - this overlay is not used well, nor is looking at it well. The first thing I do after receiving a LG smartphone test is to change the launcher to another one. 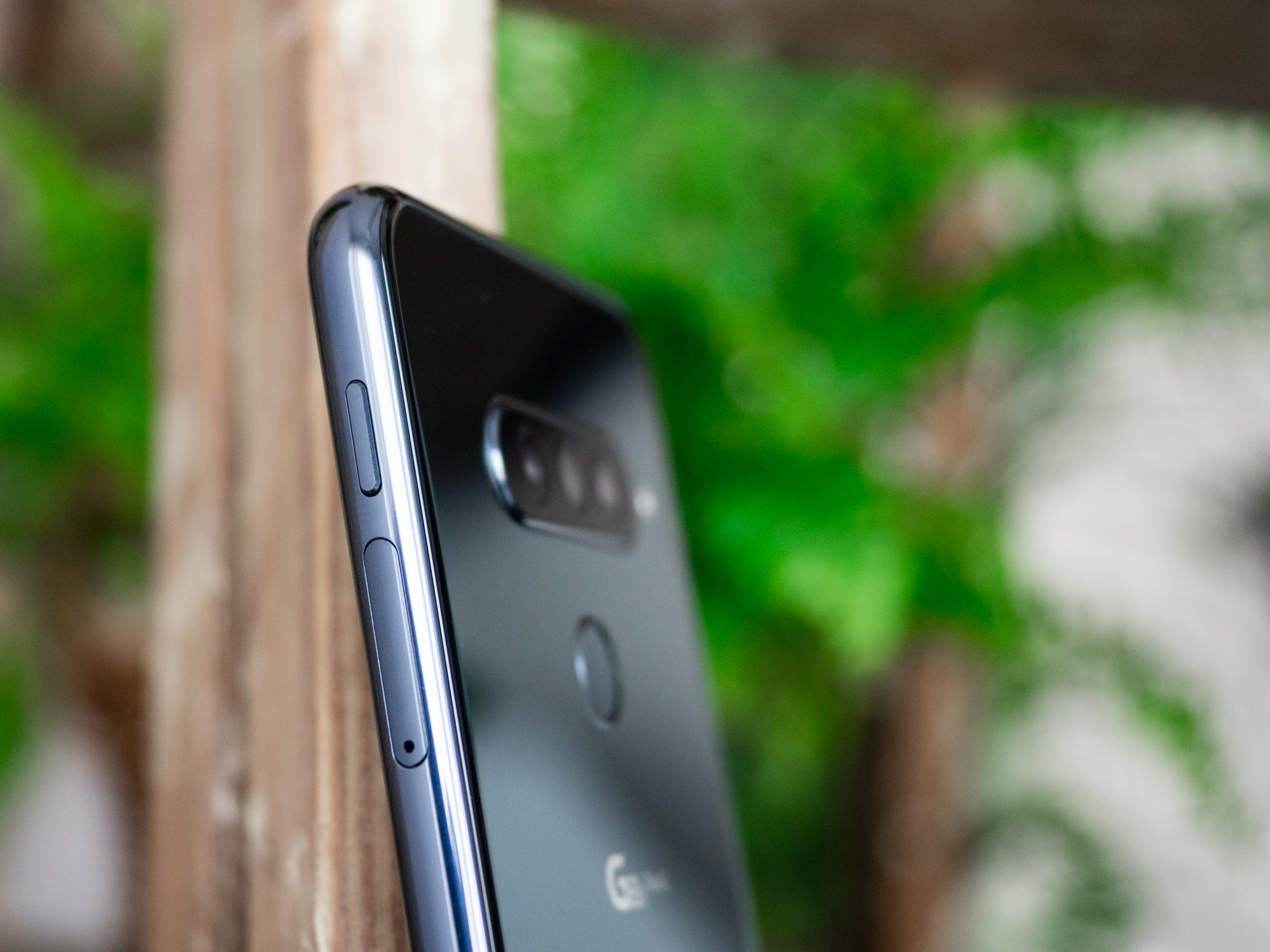 Despite several shortcomings, I am looking forward to the coming weeks with LG G8s.

With LG smartphones it is so often that even though they seem to be out of the competition in many respects, in practice they turn out to be more pleasant to use in everyday use. This was the case with the LG V30 and V40, and I hope that it will be the same for the LG G8s.

I'm starting tests, and in the meantime LG is starting to sell a new model. As you can guess - it will not be cheap, but you can lower the price a little, choosing to buy now. 3299 PLN is not a lot of money, especially because competition at a similar price offers objectively more. But it's too early to pass judgment. I will be able to write in a few weeks whether I spend a little more time with LG G8s, and how cool I will be when it comes to everyday use.

A newcomer from the past. LG G8s - first impressions
author xiaomist