I saw an hour of Cyberpunk 2077 today. It s easy to do preorder 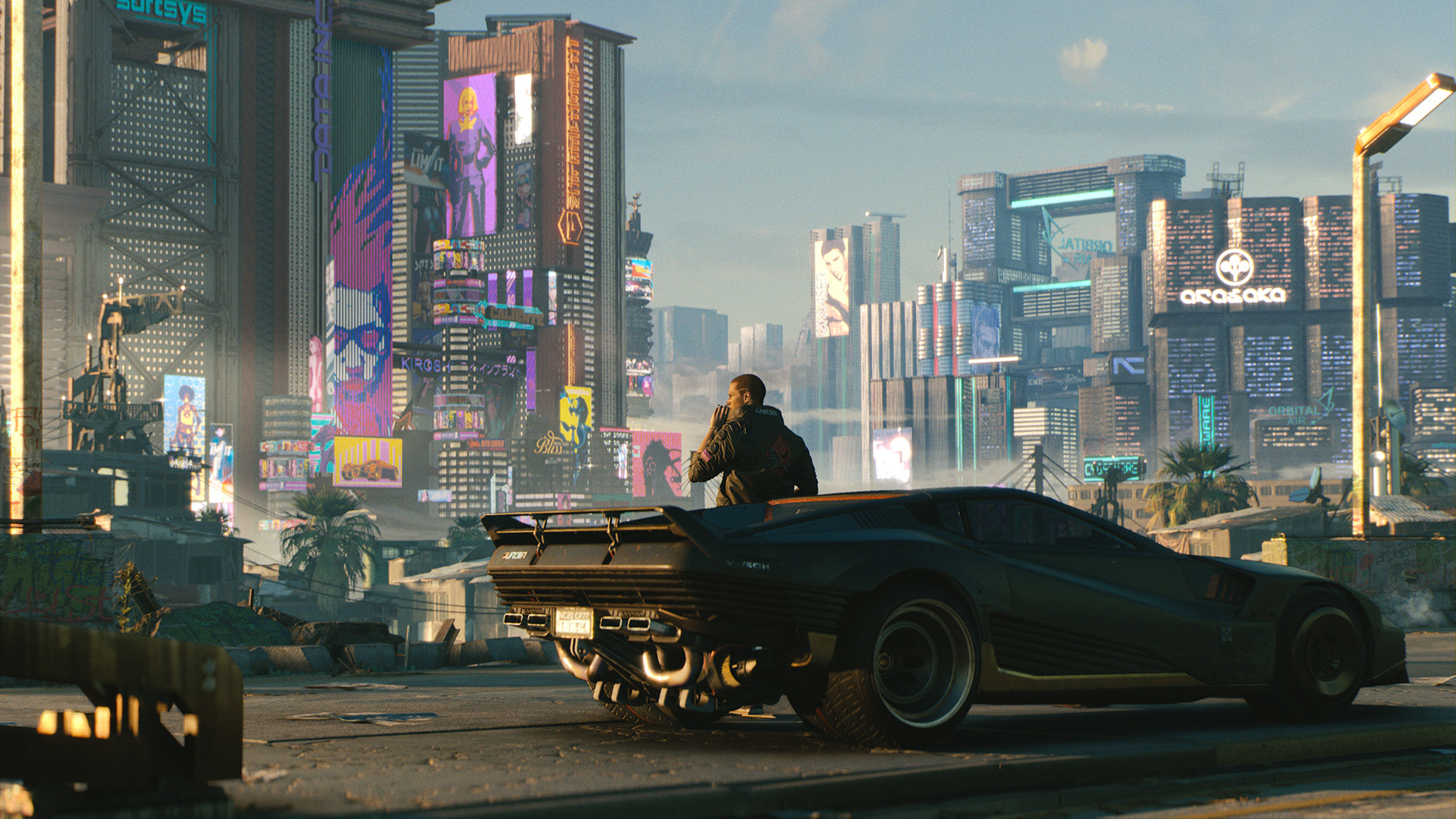 During the previous E3 fair in 2018, Piotrek Grabiec participated in the first show created by CD Projekt RED. Today, a year later, the game has already taken shape so much that I am not surprised that the preorder was made available to her.

In the previous show, I did not participate, but I saw a movie from the game and read Piotrek's account. I will try to highlight those things that have been added since the previous edition of E3.

Note - there are potential spoilers in the text regarding the plot of Cyperpunk 2077! If you want to avoid them, do not read on!

Do not say I did not warn you.

Here's what part of the game we've seen.

During the live show, we saw a fragment of the game taking place in the Pacifica district - one of six Night City districts available in the game. Pacifica was supposed to be a seaside resort once, modeled after Californian cities by the ocean. Unfortunately, both corporations and the government abandoned it, so in the once luxurious hotels and clubs settled in Creole-based residents of the cyberpunk lowlands.

Yes, in Creole, with a suitable implant, we are able to see the translation.

As we have been told, the exploration of the world is completely open and does not need any charging screens. We can go anywhere, regardless of whether the mission requires it or not. Of course, in many cases it can end badly for us.

In Pacifice, our character performed a mission helping us learn more about the chip stored in our head. The chip is supposedly inactive, but it contains a secret that everyone wants to know - the mystery of immortality.

Here's what role Johnny Silverhand plays in the game.

Here we learned the important element of the story. Johnny Silverhand, played splendidly by Keanu Reeves, is a digital spirit, evoked by this implant. In the game world he is the "Johnny Engram". Under normal circumstances, only our character sees him. Johnny suggests, points to the next steps, and sometimes comments and makes fun. The writers came up with a great role for Keanu.

Lovers of any character development will feel like in heaven.

We have seen the character creation screen - in addition to the appearance we have a choice of so-called. life path, or way of life. It determines the origin of our hero or heroine. However, this is not just an RPG description that is meant to help us empathize with the character. Our way of life affects the interaction with the NPC and can unlock specific dialogue paths.

Three life routes available during the show were Nomad, Street kid and Corporate Man. The presenter chose "Street child" and in many dialogues we saw an additional associated option.

Character development takes place in three ways: the first is the next level acquired, the second is Street Cred - our reputation, which can unlock new missions or allow passage through the area. The third way is loading the so-called demons - subroutines giving us new skills.

The game will not be classically understood classes. Our character will be defined by our unique build - a combination of skills, life paths and demons.

The game can be played in various ways.

During the presentation, we saw the same situation played in various ways. Two characters: one woman who invested in strength and skills related to the fight, and one male, who is a netrunner - all skill points in her were related to hacking.

The same part of the mission looked completely different in both cases. In the case of the netrunner, we were able to "hack" the firing machine to shoot our opponents, and we could even kill bandits from the gang of animals relaxing in the gym, because their exercise equipment was connected to the network. The warrior immediately broke the door, opening a completely different path to the goal. Then she snatched the slot machine from the nest and attacked the gang with this improvised rifle. 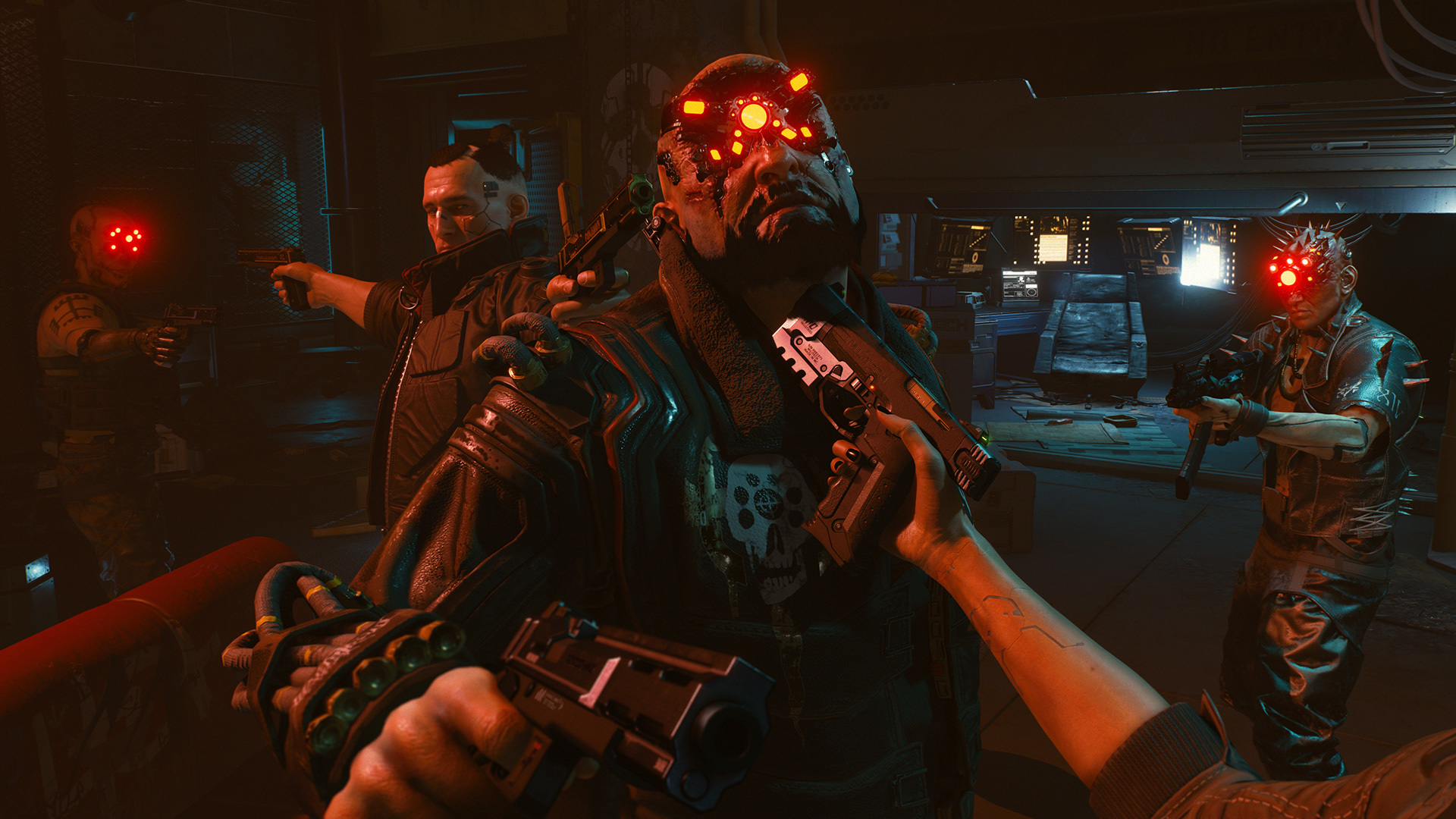 And now note: the whole game will be able to pass, without killing any opponent. The RPG dream has just been fulfilled - we will be able to play the way we want. Everyone, even the boss, we are able to bypass, remove or otherwise convince.

I had the opportunity to have a look at the character development tree and saw such development paths there as: sniper, killer, cold blood, tech, melee, athletics, hacking, blades, two-handed weapons and shotguns. I have the impression that I did not manage to save everything - so maybe there were more.

In the case of netrunner skills, hacking takes place in the form of a simple logical mini-game.

The mechanics of the game give the impression of being ready.

I have the impression that game developers are now working on the content, plot and game area. The mechanics themselves looked ready - all elements, such as character development, equipment or gaining experience were in place.

The game included changes in the time of day. We've seen how the lighting changes and the red light of the setting sun mixes with the Pacifiki neon signs. It took a breath.

Bigger distances in the game (and there are really big sections to overcome) can be overcome by means of motorcycles or cars. In vehicles, we can choose a radio station and listen to music.

At the end of the game we saw, we saw a fragment happening "on the other side" of digital life in Night City, or in cyberspace. It is not known how many activities we will have to perform there and how much of the game will be happening there. We know that the allied figures have their own data fortress there (called in the world of Cyberpunk BBS). Perhaps, therefore, we have not seen a large part of the game yet, and the Cyberpunk world may be larger than we previously thought.

I saw an hour of Cyberpunk 2077 today. It's easy to do preorder
author xiaomist