GrupaWsparcia.pl, The Compass, myHYDRO - three Polish projects that turned out to be the best in the Total Startupper competition of the Year .

Startupper of the Year is an unusual competition for startups. Usually they focus on business potential, number of clients or indicators such as MAU or DAU. Total, however, has a different approach. It wants to support projects that strengthen the community's potential, improve living conditions and contribute to the overall improvement of the economic situation.

From education and ecology to public health to greater road safety.

The theme can be anything that will make life better. The winners of the latest edition of the competition can certainly subscribe to this statement.

Speech by Jakub Juszczyk after receiving a check for 50,000 PLN took the viewer's heart.

Imagine a bankrupt who was addicted three years ago. Four days ago, a son was born to him, and today someone receives the prize for Startupper of the Year - said Juszczyk.

Juszczyk emphasized that going straight was not achieved due to his inner strength and the help of another man in the support group. Today, he wants to help other people. 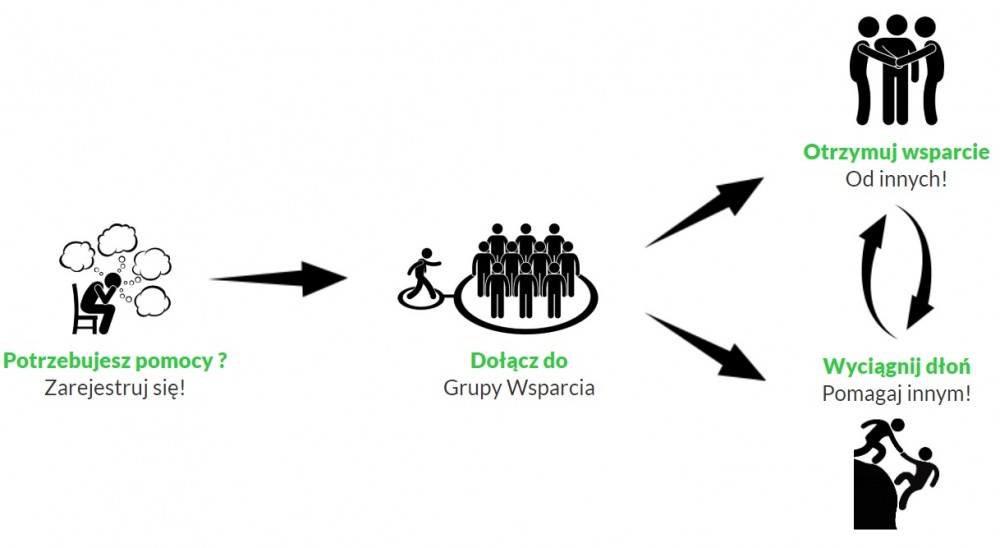 GrupaWsparcia.pl is a free and anonymous social networking site where you can share the problem and get real help. The site is directed mainly towards people (young and old) fighting against depression, addiction and other life crises.

The award will allow the Support Group to enter verified accounts and a life-threatening button that people on the edge of committing suicide will be able to use.

myHydro is a textile band for controlling hydration in people actively involved in sports and young children, as well as seniors, whose thirst decreases with age.

We want to reach out with the band to the whole society to support health prevention and protect the body against threats - said Magdalena Owczarek.

The project has already been awarded at many competitions, although it is not yet on the market. The prototype of the wristband is to start soon. Its consumer version is expected to appear on shelves over three years.

Testing the level of hydration of the body is just the beginning. Startupers want to take soon to analyze the next parameters of our body.

The Compass is an application designed to support the blind and visually impaired in moving around public buildings. Thanks to its navigation, they are supposed to move around airports or hospitals without the assistance of a sighted person.

This is the fourth edition of the Startupper of the Year competition.

The competition took off in 2015 in Africa. Today it is played on 5 continents, in 55 countries. The current edition has proved to be record-breaking in terms of the number of applications. They were influenced by as many as 50,000, of which 13,000 passed the first verification stage. In each of the countries Total awarded three most interesting startups.

Poland turned out to be an interesting market because over half of the entries were sent by women. This is much more than the average for the whole world - 30 percent. applications from female teams.

Our goal was not to find a startup that could solve the group's problem because we have enough talented people on board. That is why we have not focused on the fuel sector. Instead, we want to support young companies struggling with the problems of our reality - said Benoît Pimont, general director of Total Poland.

We want to build a carrier of digital transformation in line with the values ​​of European civilization. It depends on it whether we will be in a race with the United States and China on the latest technologies - added Pierre Lévy, the ambassador of France in Poland.

The competition showed that Poles have many interesting ideas for creating companies focused on communities, health or problems of people with disabilities. The three winners will receive not only financial support, but also an advertising campaign and coaching. The winner of the first place will then compete for one of six prizes for the Grand Regional Winner .

The partner of the article is Total Poland.