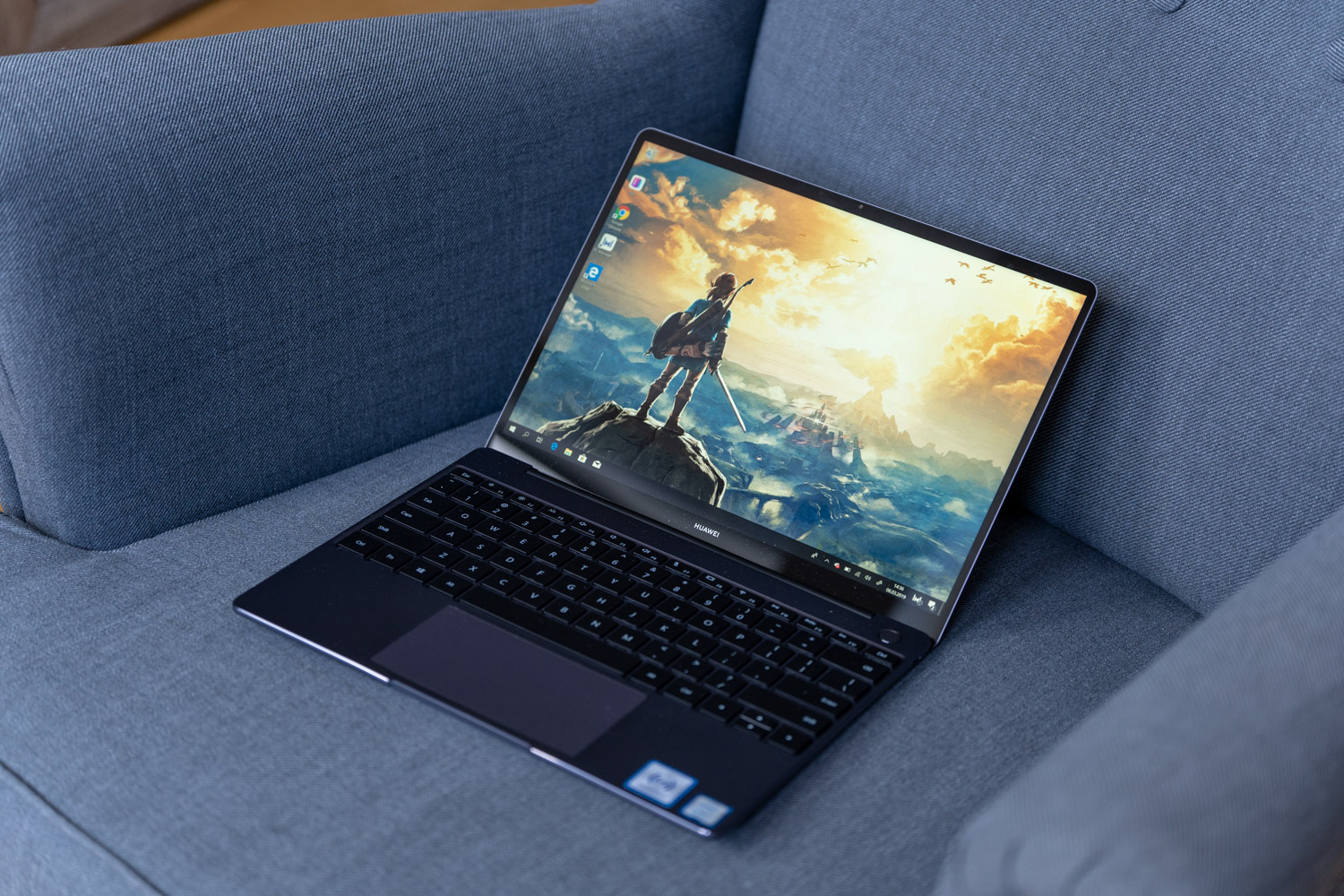 Two years ago, I did not think that Huawei would be able to find a place on the laptop market. However, the latest computers of the Chinese manufacturer, including the Huawei MateBook 13 I tested, strongly deny this theory.

My adventure with Huawei computers began a year ago when the MateBook X Pro was released. After testing it several times, I know that it is well-made, well-balanced and fully worth the price of PLN 5,499. In fact, I consider it to be the best laptop with Windows on the market, which can only match the top models from the Surface line.

Creating a great computer from the premium segment is not easy, so I'm facing Huawe. However, creating a cheaper machine is even more difficult. The price of the device directly translates into its quality. The less we have to pay for the laptop, the worse it becomes. There is no great philosophy here.

Fortunately, you can not see it after the Huawei MateBook 13.

Although its price starts from PLN 3899, relatively small compromises have been made here. One of them is the use of thicker screen frames than in the MateBook X Pro. This procedure allowed the camera to be placed directly above the computer screen instead of the button on the keyboard. I do not appreciate this solution, because I conduct video calls with the help of a cell, but for some users it will be a salvation. 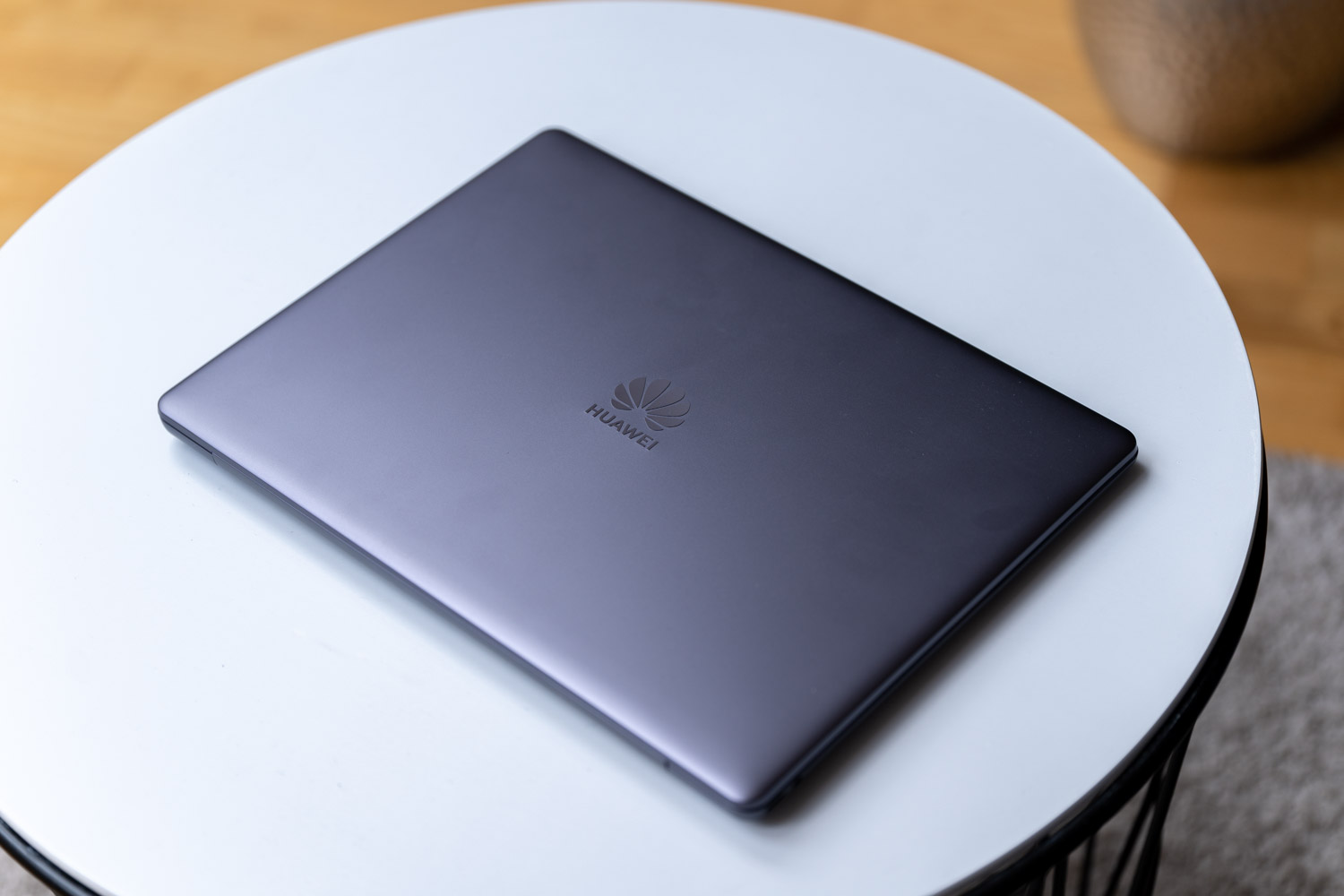 Another change in minus is the use of two instead of four speakers supporting the Dolby Atmos technology. They sound better than the vast majority of portable computers, but they did not impress me as much as the four speakers from the X Pro.

The fact that we are dealing here with high quality of used materials and subdued design. At first glance, you can see that it is a high-class machine, and after starting work you can only confirm this belief. The more so that the specification (Core i5 or i7, 8 GB RAM, 256-512 GB SSD) makes the equipment does not get short of breathing in everyday tasks and does not overheat. 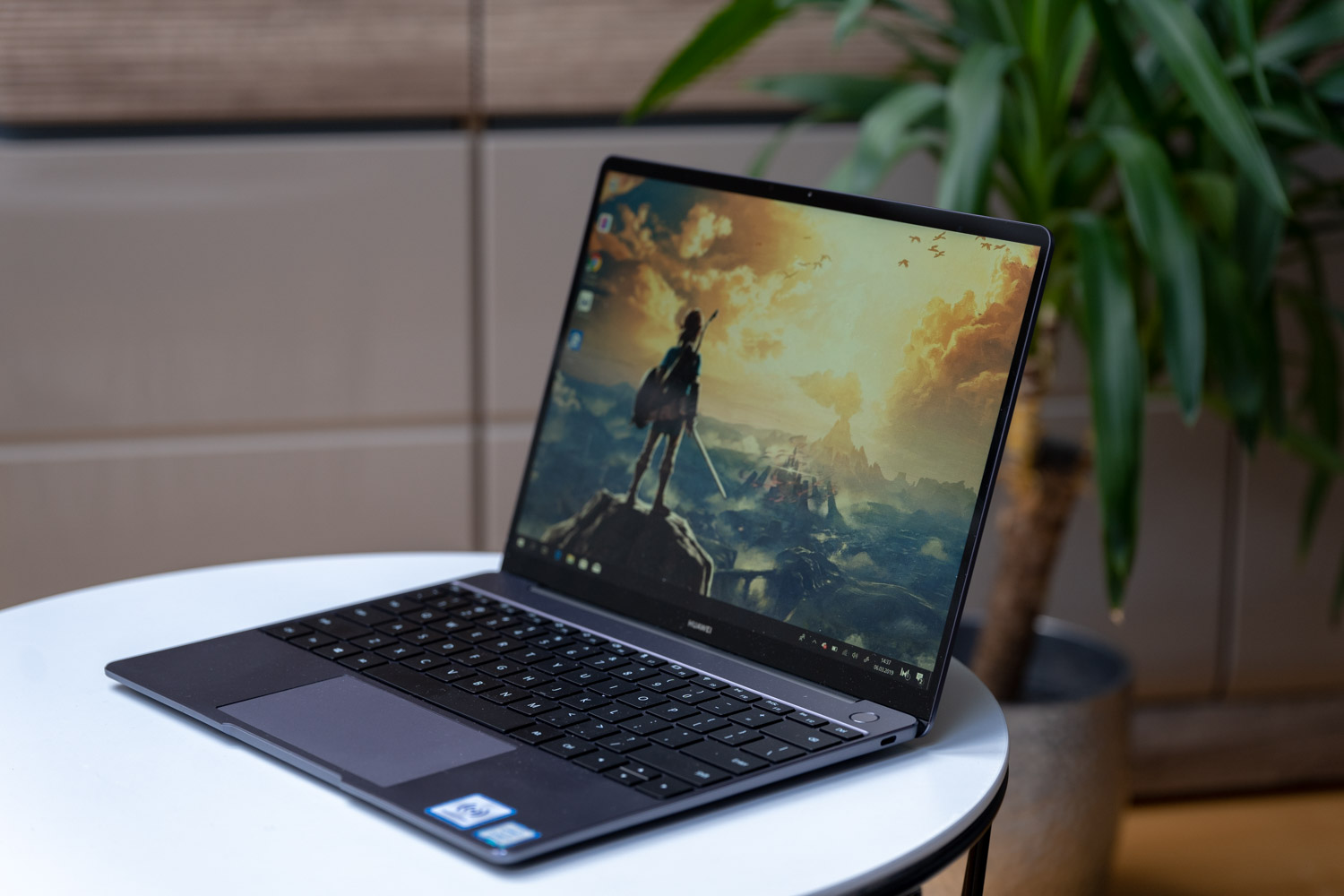 Practically the whole housing is made of aluminum and is of very good quality. All elements are very well fit and the construction does not creak. The computer is not overly heavy, because its mass is only 1.3 kg. I also enjoy the use of one, longitudinal hinge that bonds the screen and computer base. It is a solid solution that should last for many years.

Another plus is the 13.3-inch IPS matrix with a 3: 2 aspect ratio. Such a construction of the screen makes it contain more information than on 16: 9 displays. It is also impossible to complain about its quality. The gloss matrix with a resolution of 2160 x 1440 pixels ensures very good color reproduction, excellent screen detail and great viewing angles. The computer is available in both the version equipped with a touch screen, as well as the one without such a solution. 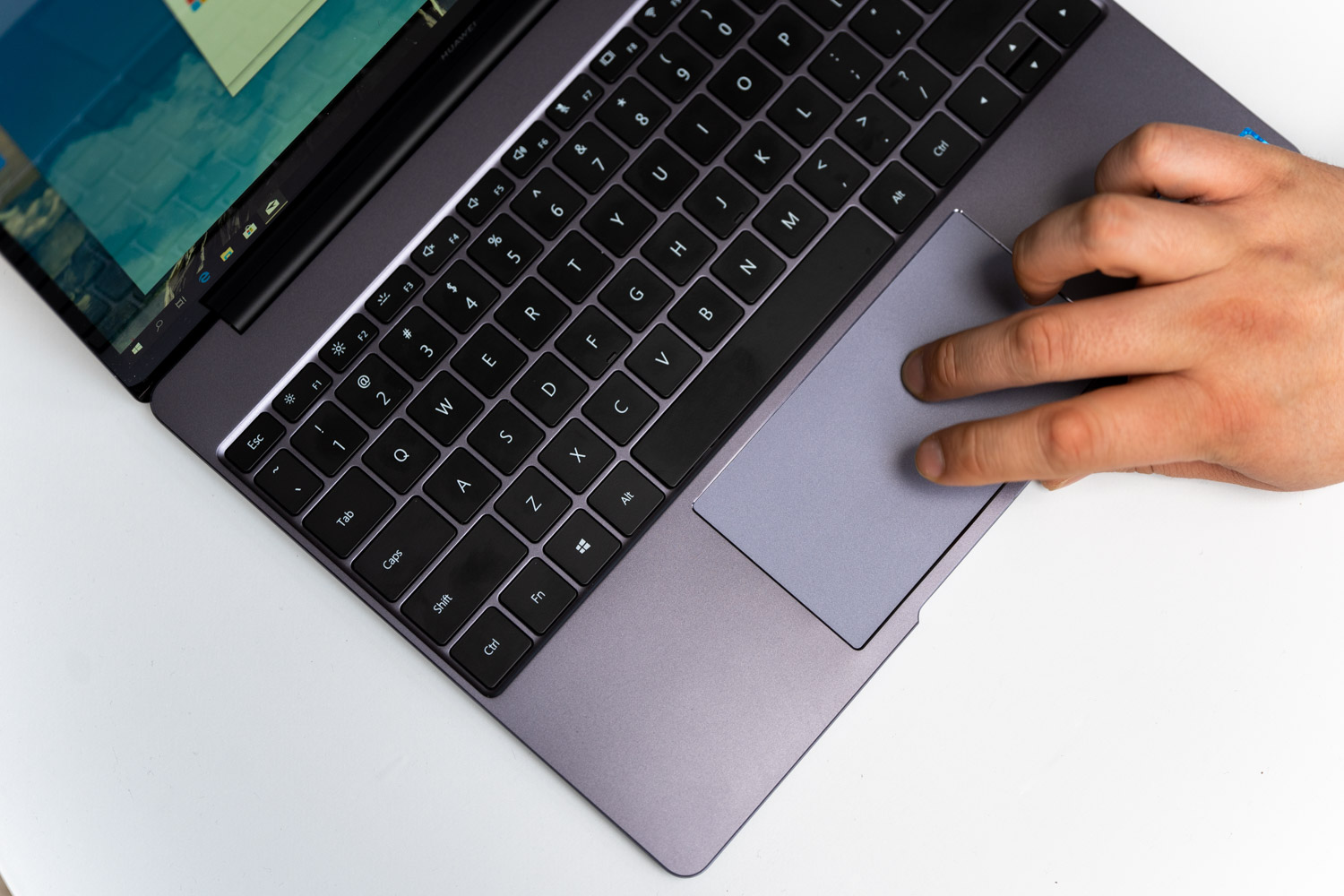 If you opt for a cheaper option, you can navigate the computer only with the keyboard and trackpad, which also perform very well. The first one is worth appreciating not only for the comfort of work, but also the presence of backlight and relatively quiet operation. The last two features make it an ideal equipment for night owls. The touchpad, on the other hand, has a large surface area, is smooth enough and allows you to use Windows 10 gestures without any problems, which is not a standard in Microsoft computers.

There are also a few unusual solutions.

The first one is a fingerprint reader hidden in the computer's turn-on button. A single press of it allows you to start the machine and log into Windows 10. I do not know why it is practically not used by other manufacturers, but I love it since the release of MateBook X Pro. Because of the ease of use and the level of security I would see them in every computer. 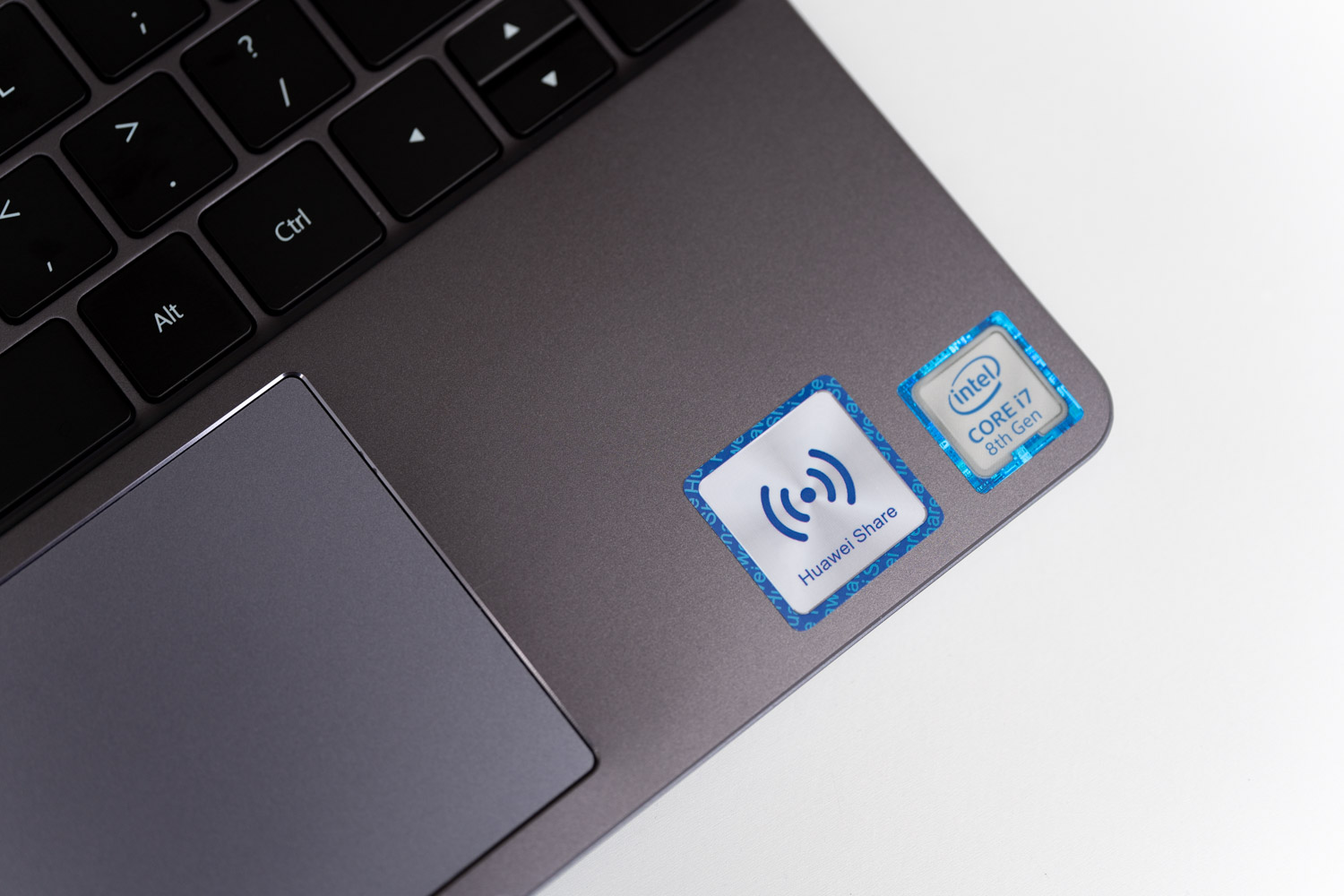 This year, it was also decided to add the OneHop function, which allows you to instantly pair your laptop and smartphone with NFC. It sounds inconspicuous, but it allows you to easily send materials between devices. I appreciated it during the MWC trade fair, when all the photos taken at the pre-premiere shows I had gathered on my smartphone. One gesture and I could now comfortably watch them on a larger computer screen.

Paired devices can also share the storage. This means that things copied on your smartphone can be pasted on your computer or vice versa.

The only drawback of this solution is the fact that it works only on Huawei and Honor smartphones with the EMUI overlay in version 9.0 or higher, which is supposed to induce customers to buy several Huawei products.

Huawei MateBook 13 is not a computer without defects.

Its weakest point is the meager set of ports, which consists of two USB-C ports and headphone output. This problem has been partially resolved by the manufacturer by adding a Huawei MateDock 2 adapter that contains all the necessary connectors. It is also worth noting that one of the USB-C ports built into the computer is used to charge the computer, so after connecting the charger to it, we will be able to use only one socket, for example to connect the mentioned adapter. 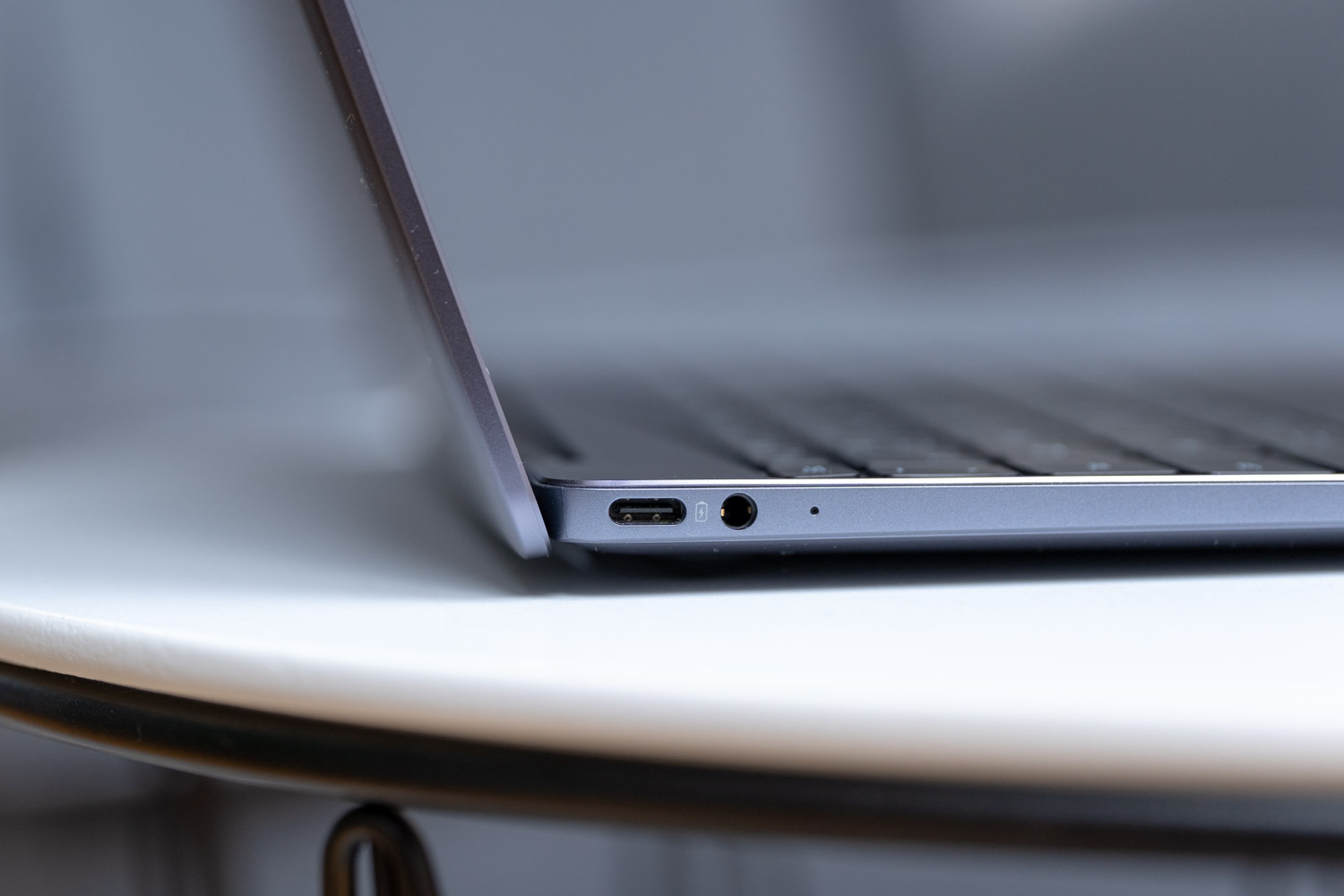 And since we're at the charger, you have to praise its dimensions and remind you that it can charge not only the computer, but also a smartphone. This small novelty changes a lot in my daily work. As this one withstands 7-8 hours of continuous operation, it must be charged relatively rarely. For this reason, I am taking away trips only one charger, which I use alternately to charge several devices. No need to remember about taking a few cubes and wires is a great convenience, which I appreciate.

Is it worth buying a Huawei MateBook 13?

In my opinion, yes. It is a well-made equipment, very fast. Enjoys a comfortable screen, long uncharged work, keyboard and high-quality trackpad, the presence of a button with a fingerprint reader and the OneHop function.

The only serious disadvantage of the device is a poor set of ports, which can be supplemented with the MateDock adapter added to the set. All this makes the Huawei MateBook 13 one of the few fully thought out laptops in the price range up to PLN 4,000. 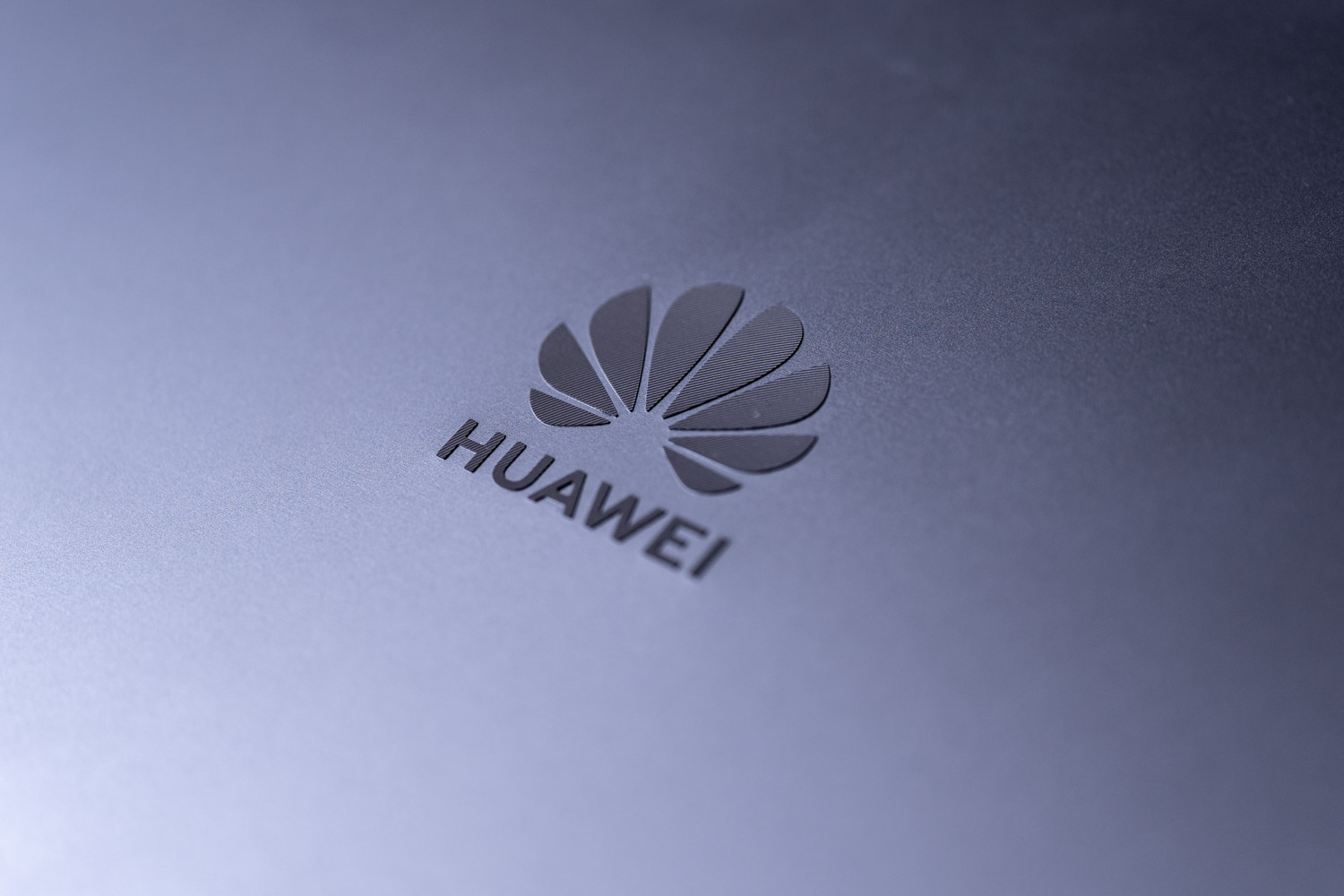 If you are going to buy this laptop, it's worth doing it quickly. Until 10 March, there is a promotion, in which every MateBook 13 buyer also receives a Huawei MediaPad T5 tablet and one year subscription for the Microsoft Office suite. Thanks to this offer, Huaweia's latest laptop is one of the most profitable proposals on the market.