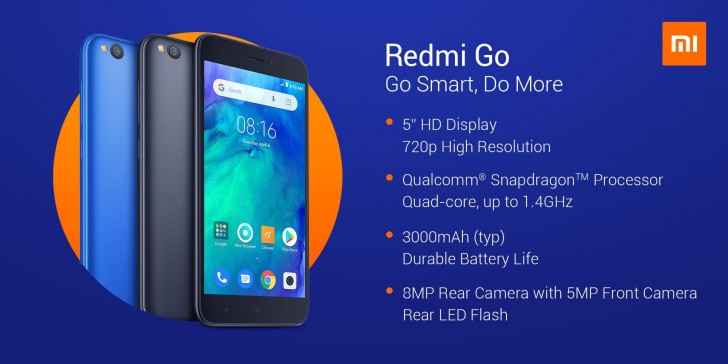 The first Android smartphone Go Xiaomi was officially introduced. xiaomi redmi go based on Android 8. 1 Oreo is the Go version that comes in two black and blue colors and goes to Europe and the Philippines in February. 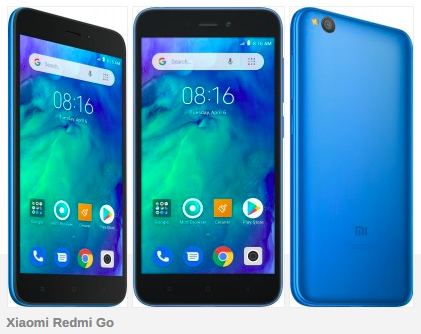 xiaomi redmi go is powered by Snapdragon 425 with four Cortex-A53 cores at 1.4 GHz. 1GB of RAM and 8GB or 16GB of storage space that can be expanded with a micro SD card. xiaomi redmi go actually uses a hybrid slot, so you can choose between extra memory and dual SIM support, but you can not have both. 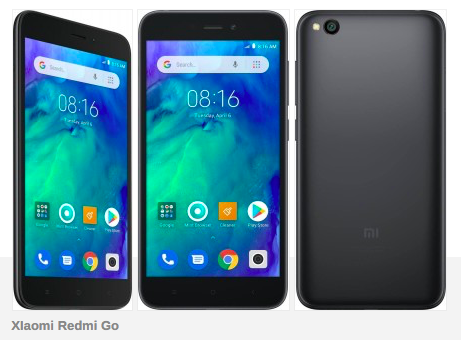 The xiaomi redmi go battery has a capacity of 3,000 mAh, which is very small due to the small screen and simple chipset.

Xiaomi Redmi Go will be available in Europe at € 80 in February. Its price in the Philippines as well as availability in other markets has not yet been determined.
author xiaomist
Labels: smartphone