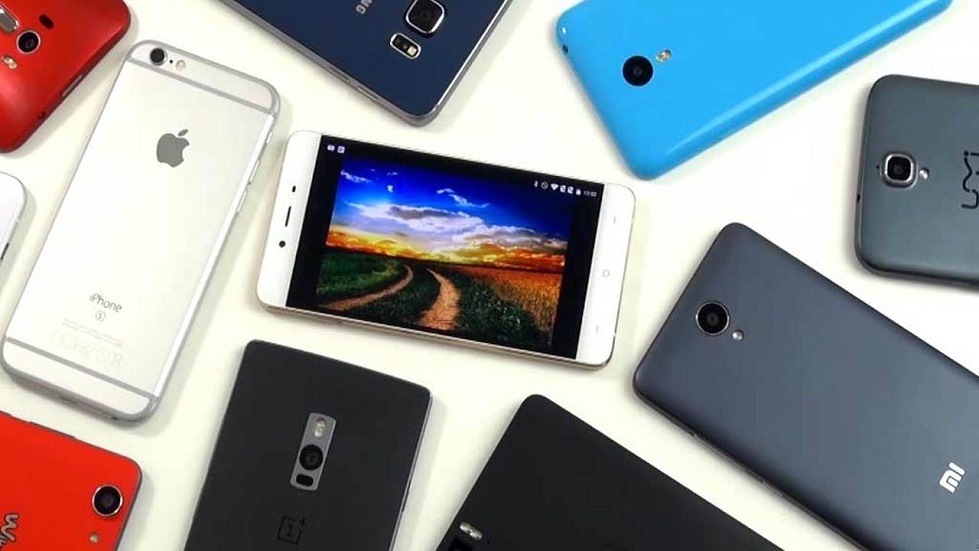 Last year, it was a sad tip that said smartphone sales are falling, and there is no hope. Upon the end of January, two top IDC and Counterpoint analyst firms would release their 2018 sales figures, which did not look good. Both reports show a 4% overall decline, which the IDC calls the "worst year". 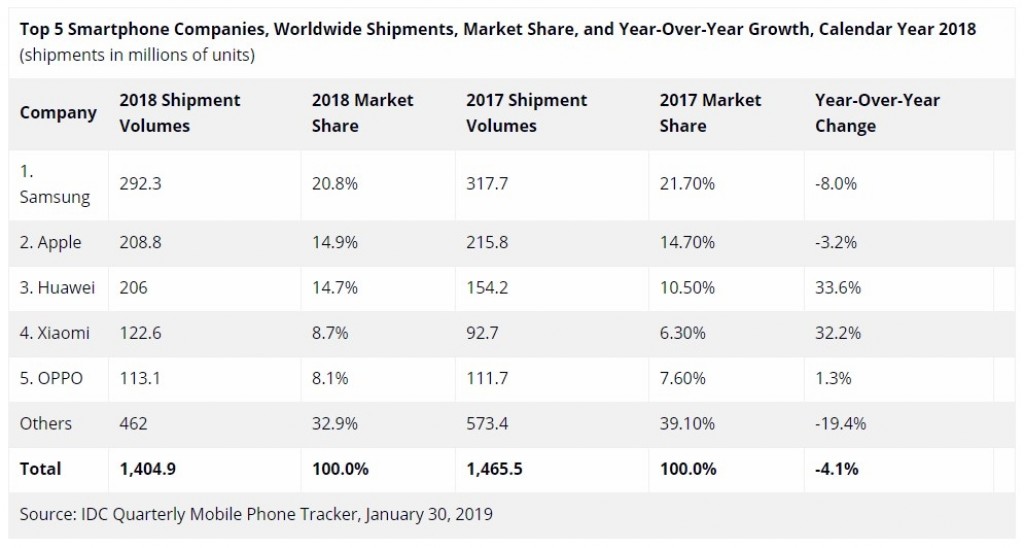 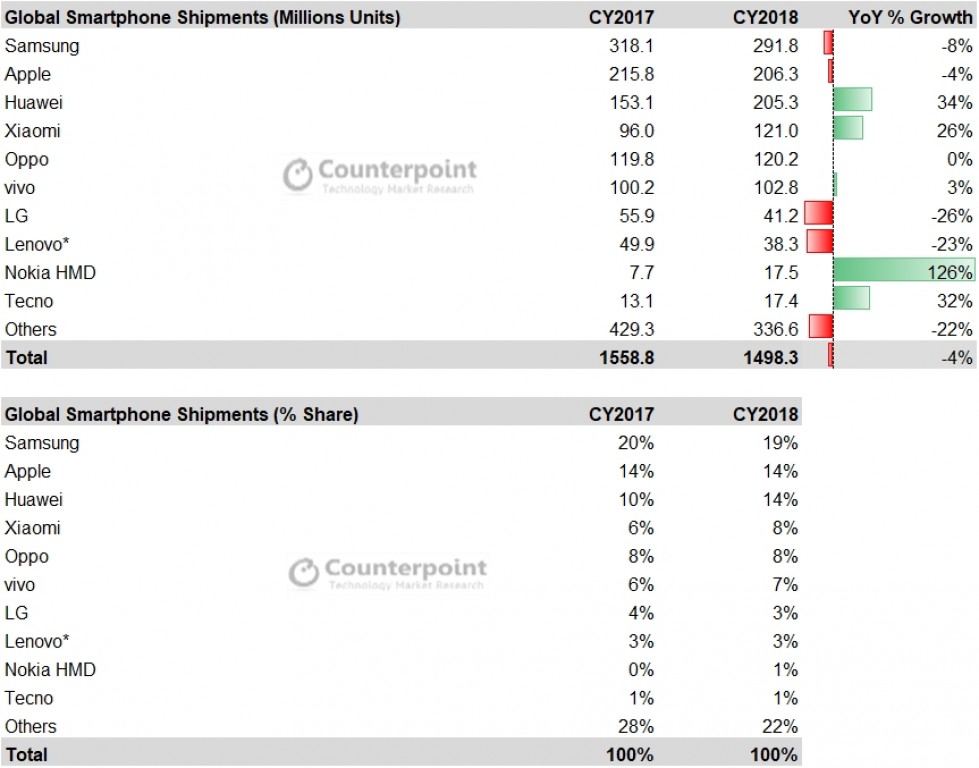 IDC and Counterpoint have a different way of calculating sales, but numbers are more or less in the same category. Samsung and Apple reported annual declines in the supplied devices, while four of the largest Chinese companies have seen an increase.

Huawei is the largest profit maker with nearly one-third of its 2017 sales. This Shenzhen-based manufacturer surpassed the 200 million units sales threshold, surpassing Apple's only 1-2 million units.

Although Samsung is still at the top, it can not bring more than 300 million smartphones and loses 1% of its market share. The IDC noted that the emerging 5G revolution could change the results, but it is also in the hands of manufacturers to maintain their strengths in the market. 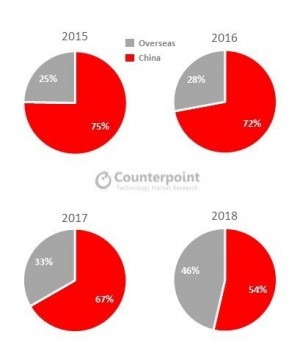 Counterpoint, on the other hand, shows the growing trend of Chinese companies outside their domestic market. The so-called HOVX (ie Huawei, Oppo, Vivo, and Xiaomi) quickly boosted sales of its products abroad, rising from 25% in 2017 to 46% in 2018.

IDC said that despite all the challenges faced by the smartphone market, the biggest point is the sharp drop of 10% (compared to 5% last year), which the Chinese market has shown, and HOVX is mainly out of the market. It depends on the country to continue its growth. These top six markets account for 75% of total sales.
author xiaomist
Labels: news