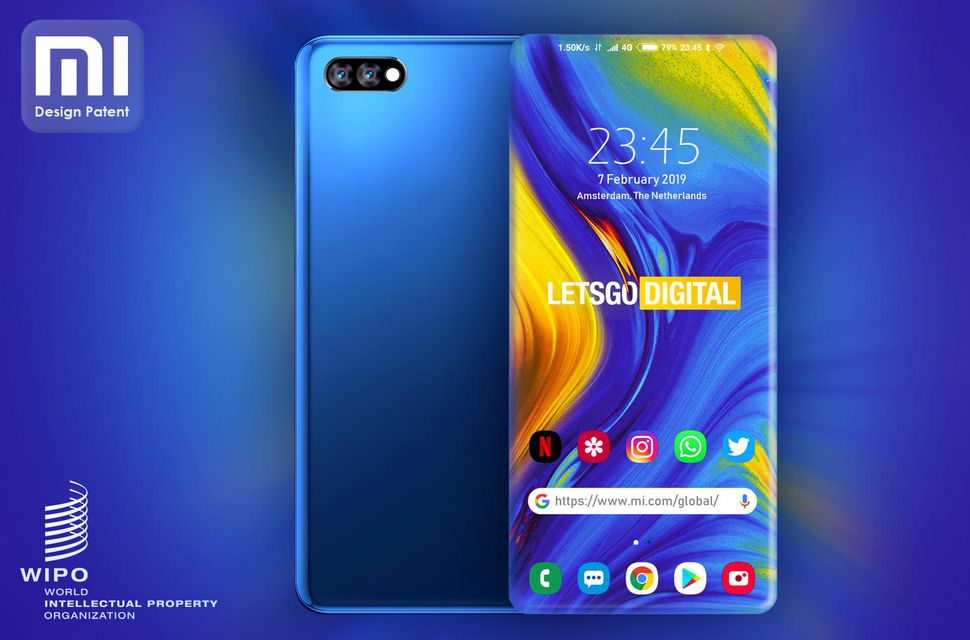 Whenever managers of manufacturing companies are beginning to talk about a particular aspect of smartphone development, it's probably because the company has made some progress in this regard. Recently, the camera sector has been the Chinese manufacturer's attention center, Xiaomi. A few days ago, lei jun pointed out that the future flagship of Xiaomi will revolutionize its selfies camera. Today, lei jun went to our Weibo account to talk about the Xiaomi camera section. He said he intends to make some great moves in the 2019 camera sector. 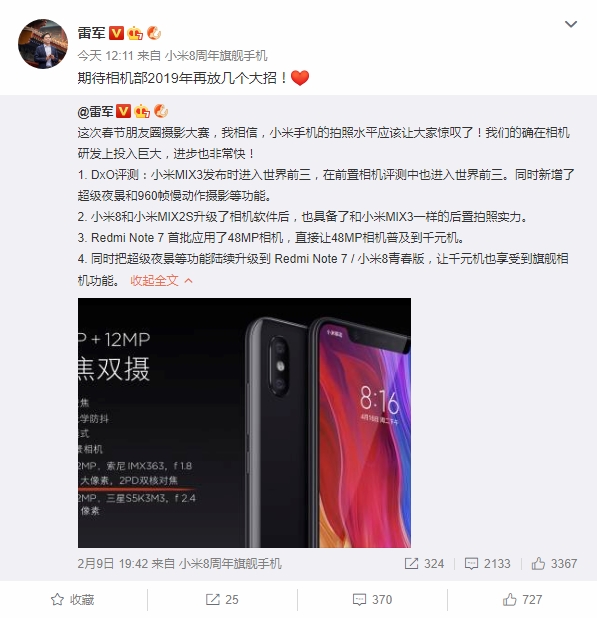 Lei Jun added that the Xiaomi mobile phone's camera level this year should be amazing because the company has invested heavily in improving the camera and its progress has been very fast. Xiaomi's executive director outlined the progress of the Xiaomi Camera department as follows:

- DxOMark evaluation: The Mi MIX3 smartphone was launched at the top of the world's top three handsets when it was released, and was also evaluated by the newly released Salafi cameras in the top three cameras. At the same time, new features such as Super Night Scene Mode and 960fps slideshows have been added to many Xiaomi models (including the Mi 8 Xiaomi and Mi MIX 2S Xiaomi, which currently stands at Mi MiX 3).


The Xiaomi Redmi Note 7 is one of the first devices in the industry to come with a 48-megapixel camera and the cheapest 48-megapixel phone to date.
- Cheaper smartphones such as the Redmi Note 7 Xiaomi and Mi 8 Lite Xiaomi (Youth Edition) received the Super Night Scene Mode, which was originally designed for flagship smartphones.
We are currently waiting for the Mi 9 Xiaomi to arrive. According to the latest developments in the development of the Xiaomi camera, the Mi 9 is likely to be optimized with some new features. In addition, the design that delivered the Mi 6 Xiaomi is responsible for the Mi 9 design, so we can expect some changes from the usual Xiaomi models in its flagship future.
author xiaomist
Labels: smartphone