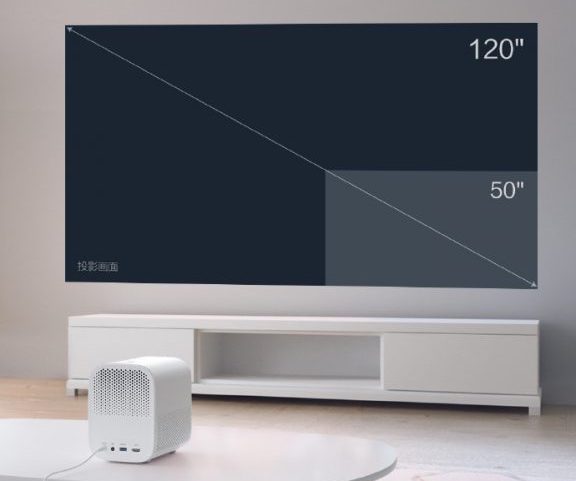 The Chinese manufacturer, Xiaomi, launched the Mi 5000 Lumens Laser Projector last year with a projector market. Earlier this year, the Wemax One projector turned 7000 Lumens into Xiaomi and then the smaller Mijia 3500 Lumens projector. Now, the company has unveiled xiaomi mijia projector youth edition and it costs 2,499 yaun ($ ​​365), but its crowdfunding price is 2,199 yaun ($ ​​320). This crowdfunding starts on January 2 at 14:30. 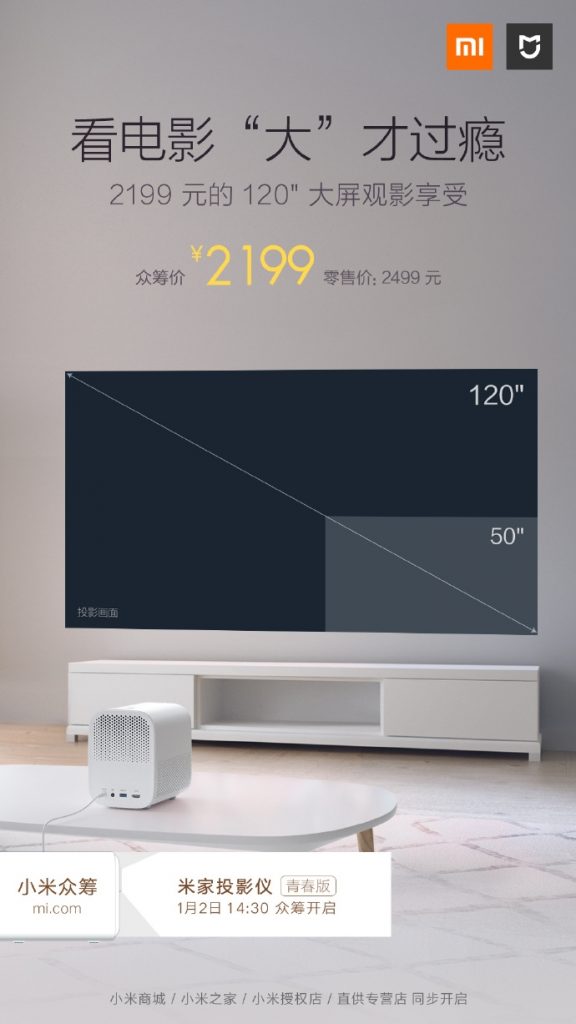 The xiaomi mijia projector youth edition has a natural advantage on the big screen, and can produce images of 80 inches, 120 inches or even larger. So users can enjoy a sizable dive on a large screen at home at an affordable price. It should be noted that xiaomi mijia projector youth edition will be launched on January 2 at the Xiaomi official website and will be available at other stores such as Xiaomi home and  Xiaomi Store.

According to the company, some vendors will have this product at a crowdfunding price of 2199 yuan ($ 320).
author xiaomist
Labels: multimedia