Exposing the oneplus 6T images and features before launch 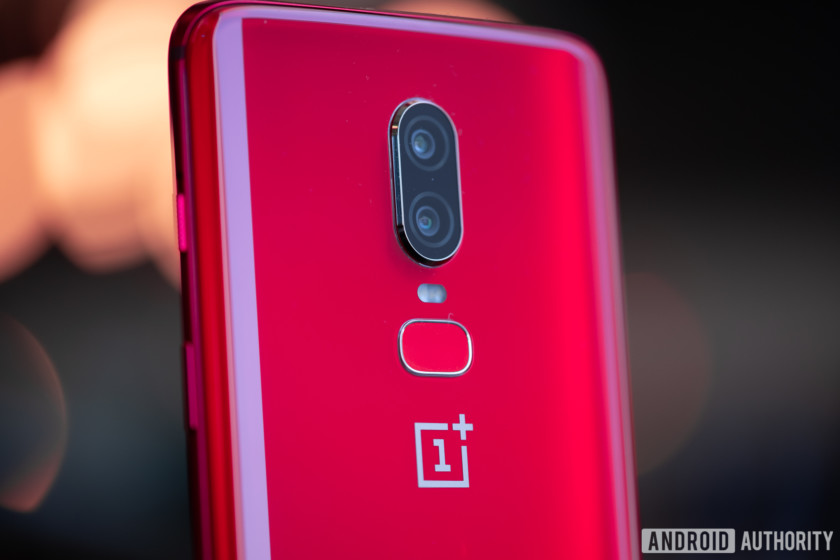 Less than a week before the unveiling of the oneplus 6T, this did not stop the famous revealer, Ishan Agrawal, from giving up on the early launch of the smartphone. As the Agroval tweets point out, the main difference between the oneplus 6T and oneplus 6 is its display. If these specifications are true, there is another difference in the presence of a fingerprint sensor below the display. The oneplus 6T uses a 6.4-inch display with a resolution of 2340 x 1080, which is slightly different from the 6.28-inch oneplus 6, which has a resolution of 2280 x 1080. 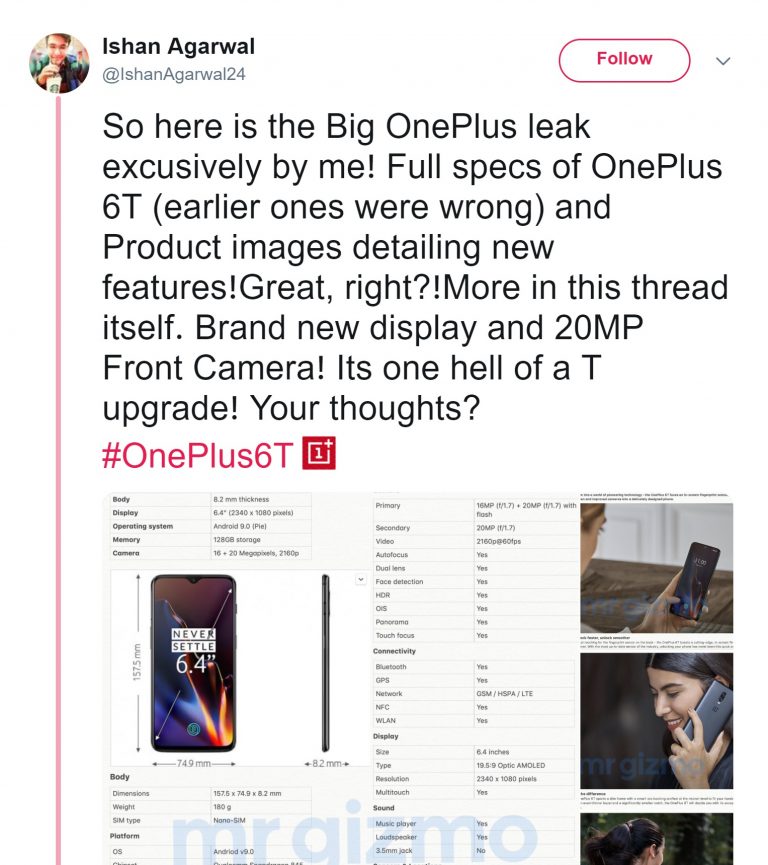 In terms of its internal parts, the phone is more similar to the Oneplus 6's previous model. The smartphone uses the Snapdragon 845 CPU and the Adreno 630 graphics processor. In addition, the oneplus 6T has a 3700 mAh battery, which is 400 mAh stronger than the oneplus 6 smartphone.

What is not clear at this time is the possibility of different models with different RAM and internal memory. The subject we saw in the past years from this Chinese company. The oneplus 6T comes with 128GB of internal memory and uses 8GB of RAM.


This information may only refer to a version of smartphones that oneplus intends to introduce and other models with internal memory are less or more. Also, models that use 6 gigabytes of RAM. In addition to the disclosures, Agrowal has also published several photos of oneplus 6T. The Chinese manufacturer seems to focus on the fingerprint sensor below. In addition, it seems that the edges used on the phone are thinner, and it's quite clear in the screenshots of the screen.

Unlike previous examples, the oneplus 6T smartphone is also looking for a presence in the US market. In addition to the fact that the Chinese company Verizon also seems to have been talking about selling phones in the United States. Of course, it's still expected to be the main trading partner of this Chinese company, T-Mobile. 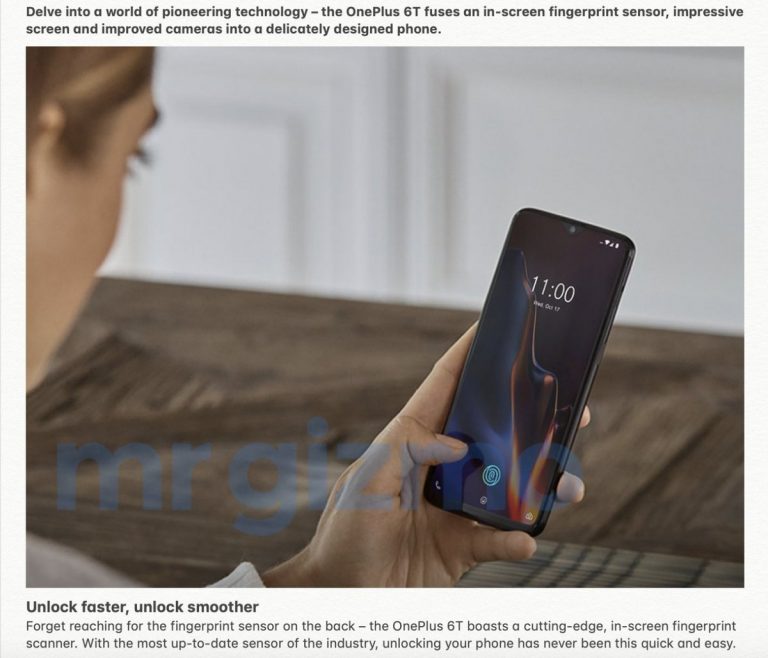 Considering the presence of oneplus in the United States, oneplus brand can be expected to become more popular amongst the world's leading brands. Unfortunately, there is still no detailed information on the final price of this smartphone. But oneplus 6 was released for $ 529, and it was hoped that the Chinese company would not be able to afford its new smartphone price much higher.

All of these issues will be featured in New York City for three days and at the oneplus 6T launch.
author xiaomist
Labels: oneplus